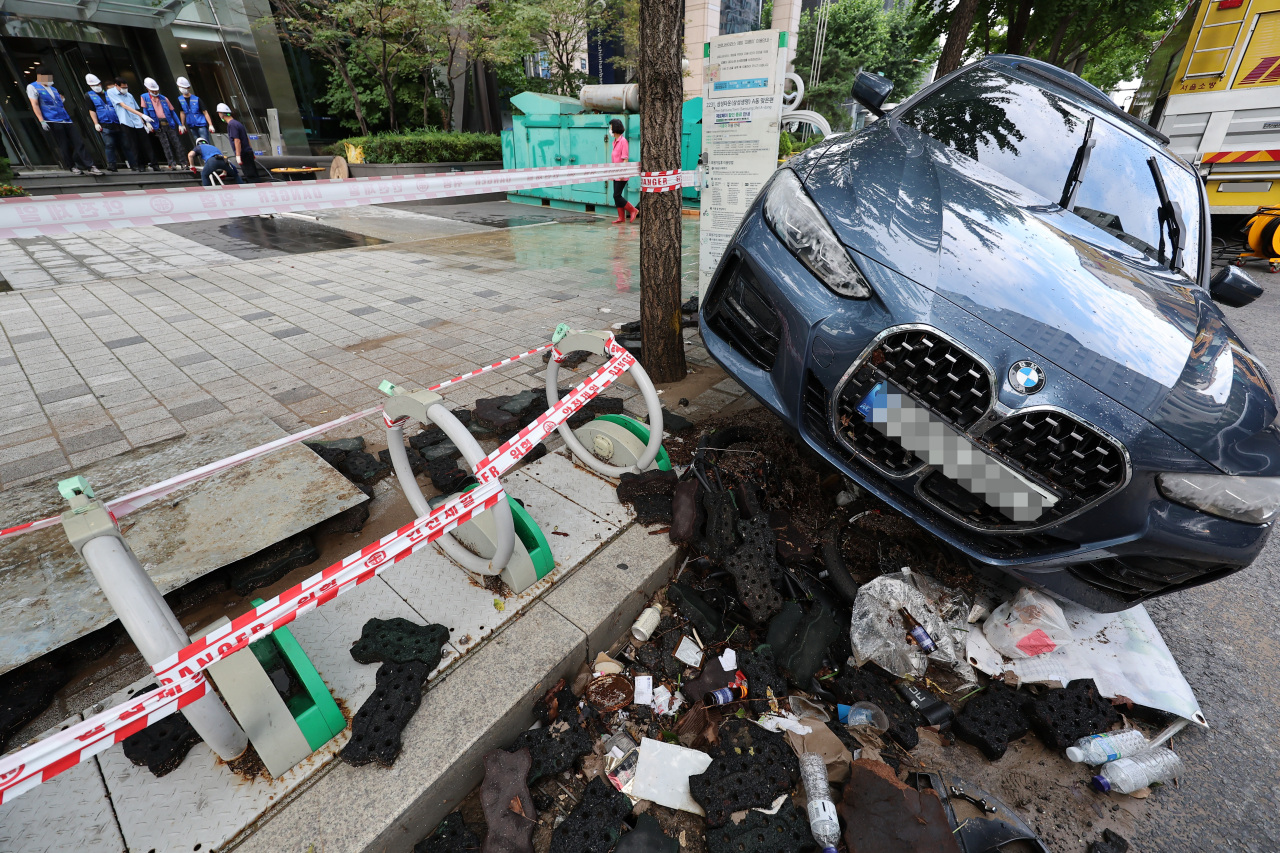 According to the General Insurance Association of Korea, 12 automobile damage insurance companies received a total of 6,853 claims for flooded cars as of 9 a.m. Wednesday,

The estimated claims amount to 85.59 billion won ($65.41 million). Luxury cars such as Mercedes-Benz S class, Porsche Panamera, Bentley and Ferrari models – which can cost hundreds of millions of won — are among the vehicles damaged.

“Having received nearly 7,000 claims for flooded cars in two days is unprecedented,” said an official from an insurance company.

Insurance companies usually estimate compensation for flooded cars to stand at around 10 million won per car, but coverage will be more expensive this time as the rainfall concentrated in the Gangnam area, where many of the cars are expensive.

As a result, insurance companies held emergency meetings Tuesday to come up with ways to cope with the hefty claims.

Some are even known to be considering increasing car insurance premiums.

The loss ratio is a ratio of losses paid out to premiums earned, expressed as a percentage.

A high loss ratio can be an indicator of financial distress for an insurance company.

The loss ratio of insurance companies had been kept below 80 percent until July but due to the recent flooded car coverage, but it was widely expected for them to raise the figure.

Stock prices of insurers have been falling since Tuesday as market expects them to cover hefty compensation for flooded cars.