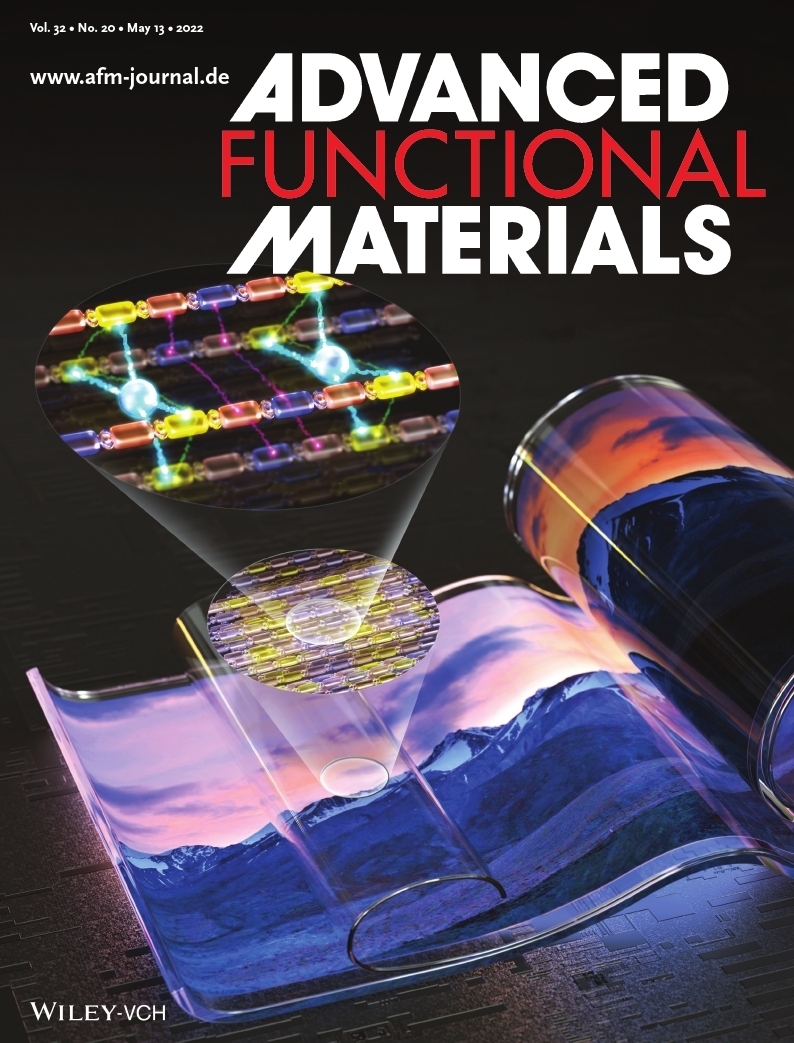 A May edition of Advanced Functional Materials, in which Dr. Hong Sung-woo’s research results were published as a cover story. (The Korea Institute of Production Technology)
Researchers at the Korea Institute of Production Technology said Wednesday that they have succeeded in developing a fluorine-based polyimide film, opening a leeway to produce the material without having to rely on imports from Japan. The film is a crucial part of foldable displays, as it gets rid of wrinkles when folded. It has been under the Japanese government’s export control since 2019, which had Korean manufacturers in a panic due to their heavy dependence on items produced in the neighboring country.

“We paid attention to fluorine-based polyimide, because it is a key material for next-generation display development. Based on the results, we want to focus on developing materials that can be applied to all products using flexible displays,” said Hong Sung-woo, who led the team that developed the film.

Existing films have a fatal disadvantage of yellowing displays, caused by characteristic that easily absorbs light in a low wavelength range. But the new polyimide film developed by Hong’s team is more elastic and has no issues with yellowing displays, according to researchers.

The film did not break, crack, or wrinkle even after folding the display more than 200,000 times, it added.

The research results were published as a cover story in a May issue of Advanced Functional Materials, a weekly academic journal in the field of materials.