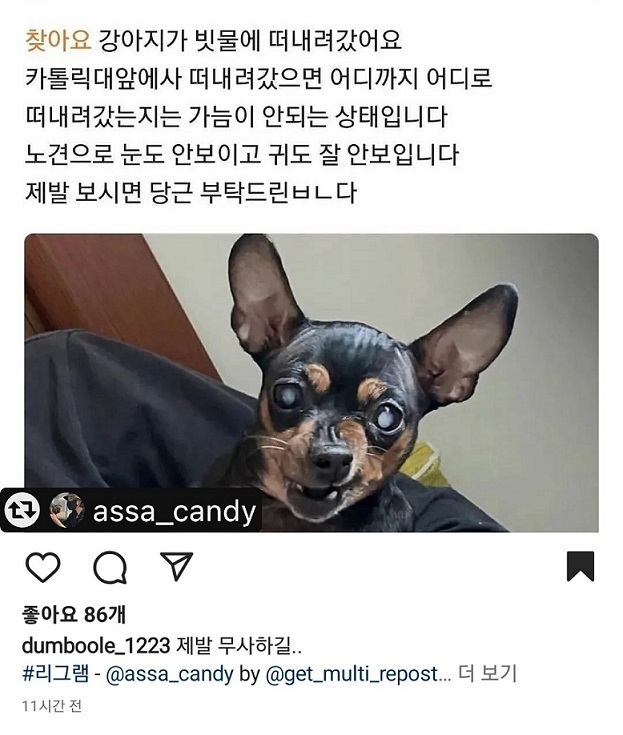 A screenshot of an Instagram post looking for a puppy which was swept away in the rain at the Catholic University of Korea’s campus in Bucheon, Gyeonggi Province (Instagram @assa_candy)
This week’s record rainfall wreaked havoc not only on the lives of many people, but also some animals.

Social media saw a flurry of postings about stranded animals on flooded streets such as wild ducks, feral cats and dogs.

One Instagram post uploaded on Tuesday by user @assa_candy shared a plea for help from a pet owner whose puppy got swept away in the heavy rain.

"My puppy was swept away in the rain at the Catholic University of Korea. It’s hard to know up to where it might have floated down. It’s an old dog which can’t see and hear. Please send me a message if you see it,” reads the Instagram post, which is a repost of the same message originally on Karrot Market, a popular hyperlocal secondhand marketplace app.

The owner later said she found the puppy several hours after the post was put up, thanks to the help of neighbors and police officers.

A number of alley cats were also hit hard by the torrential downpours, tweets showed. 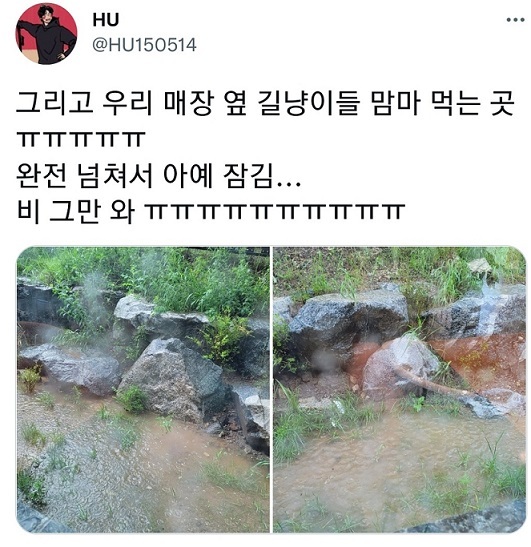 Twitter user @HU150514 shared pictures of a flooded park where cats used to be fed by volunteers locally known as “cat moms.” No trace of the felines could be seen in the photos.

Other tweets captured street cats soaked in the rain wandering around. 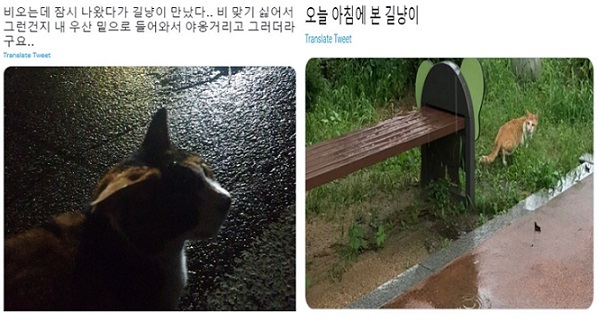 A screenshot of tweets showing pictures of street cats in the rain
Some people’s sympathy went to the displaced wild ducks in neighborhood streams that overflowed during the storm.

One tweet posted on Tuesday afternoon shows a picture of a duck wandering on a downtown street near the stream Dorimcheon in Seoul’s Gwanak District. 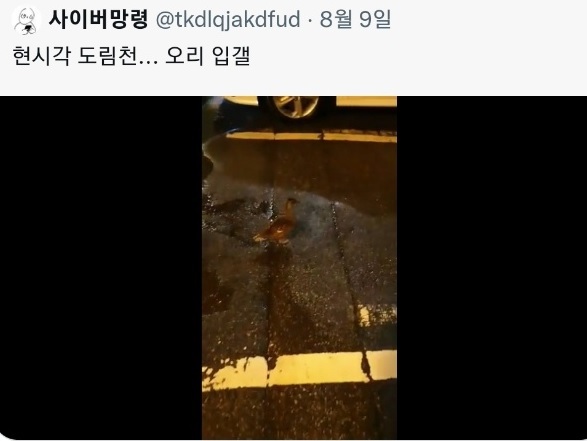 A screenshot of a video that shows a duck on a street near the Dorimcheon stream in Seoul’s Gwanak District (Twitter@tkdlqjakdfud)
By Choi Jae-hee (cjh@heraldcorp.com)