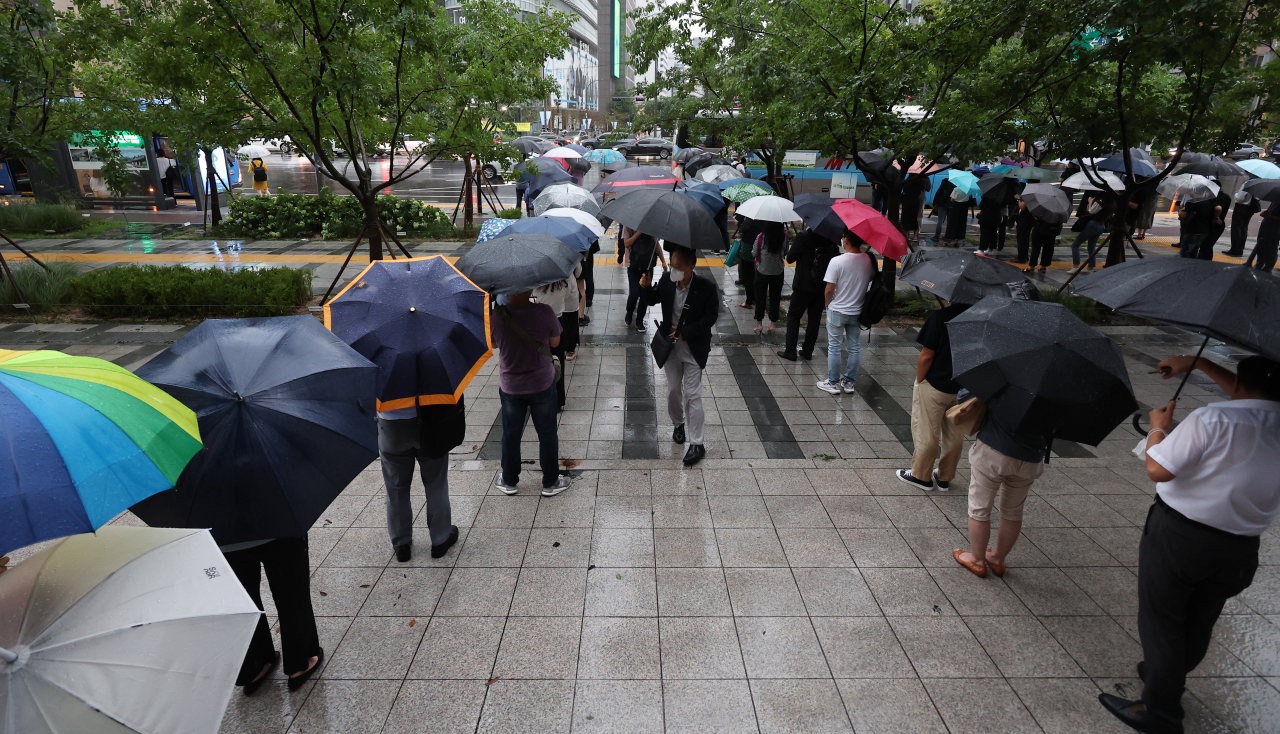 People waiting in line for city buses in Jongno-gu, central Seoul, amid heavy rain on Tuesday afternoon. (Yonhap)
A total of nine people have died and six others remain missing as the Seoul capital region is battered by its heaviest rainfall seen in 115 years, government officials announced Tuesday evening.

Flood damage has rendered 441 people from 328 households homeless and those who have been displaced are currently staying at local community centers, school gyms or in small lodges. Another 936 people from 317 households have temporarily evacuated their homes to avoid accidents.

Of the 714 houses and commercial properties that suffered damage from the torrential rain, 684 were located in Seoul and 54 in Incheon.

The government has either shut down or limited access to 20 waterside parking lots, 45 riverside areas, 156 roads in national parks and nine ferry routes.

The Korea Meteorological Administration, the state-run weather agency, issued an alert in the Seoul metropolitan region and Gangwon Province at 8 p.m., warning that the areas could see 20 to 30 millimeters of rain per hour overnight.