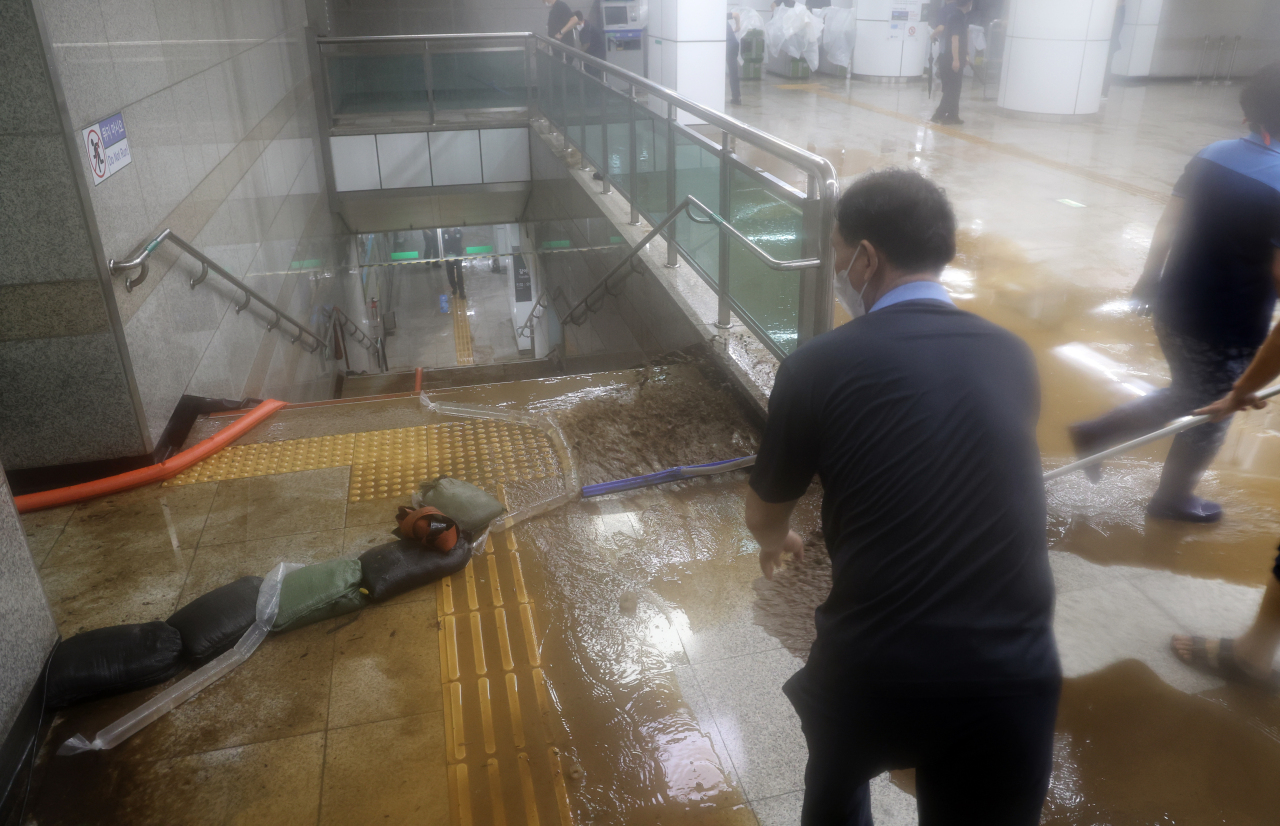 Isu station in southern Seoul starts clean up efforts after flooding on Tuesday. (Yonhap)
A subway line running through the north of Seoul was suspended temporarily early Tuesday evening as rain intensified.

The Seoul metropolitan office said nine stops on Line No. 3 from Samsong to Daehwa that travel across Goyang, a city in Gyeonggi Province, had to stop operation for an hour from 5:40 p.m.

In northwestern Seoul and other cities in northern Gyeonggi Province, several roads were closed due to flooding starting at around 6 p.m.

The downpour, which the weather authorities have called “the heaviest rainfall in 80 years,” caused road closures and public transit delays during the Monday evening and Tuesday morning commutes.

In several places in and around Seoul roads and bridges remained under water on Tuesday, the city office said, with the downpour expected to continue through the week.