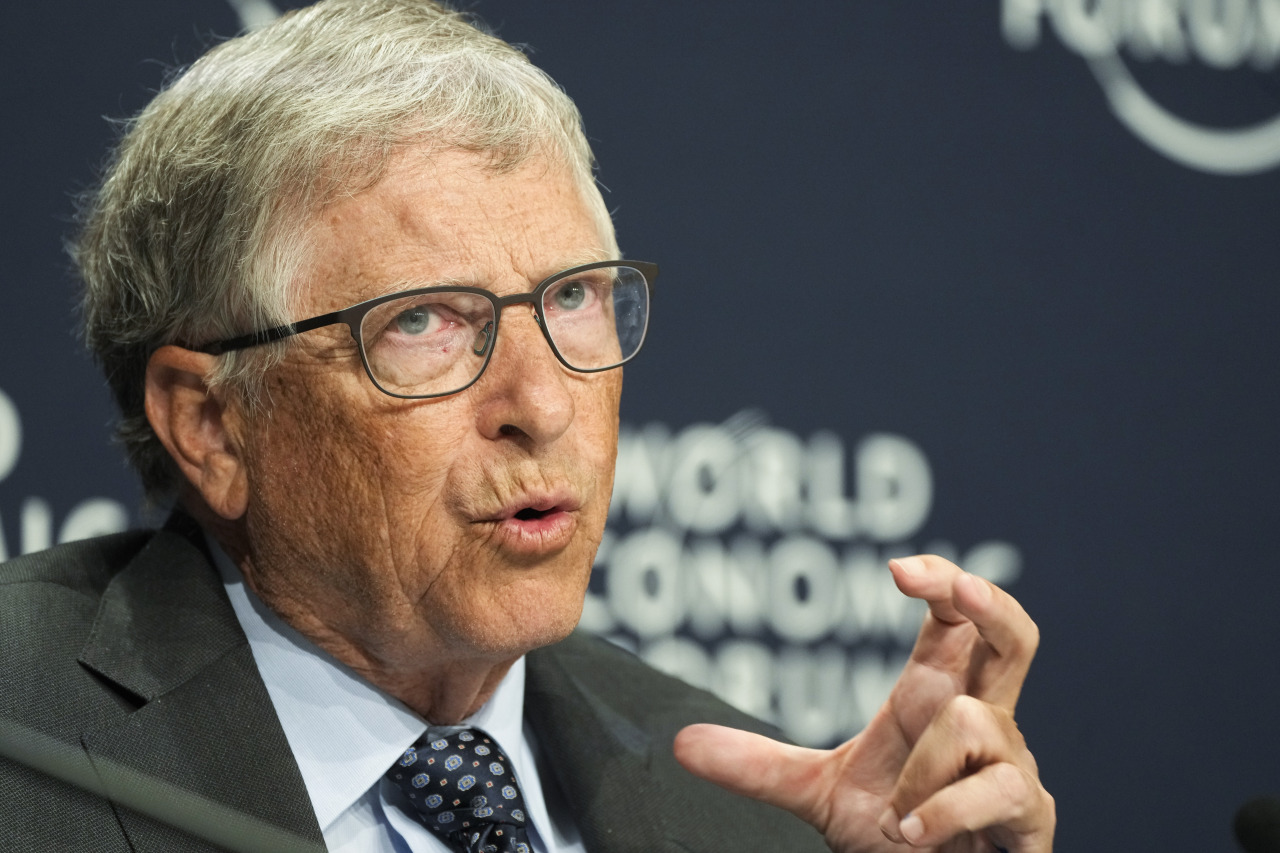 Bill Gates, co-chair of Bill and Melinda Gates Foundation, speaks at a news conference during the World Economic Forum in Davos, Switzerland on May 25, 2022. (AP-Yonhap)
South Korean parliament’s speaker Kim Jin-pyo will meet with Bill Gates next week to discuss COVID-19, future threats of pandemics and the importance of international cooperation in responding to them.

The parliament office on Tuesday said the meeting between the speaker and the Microsoft founder is scheduled to take place on Aug. 16 for about 40 minutes.

Following the meeting Gates will deliver an address to the parliament about the role South Korea can play in the preparations for the next pandemic, the office said.

This will mark the second visit by Gates to South Korea’s parliament. The last time he was here in 2013 he talked about “smart aid.”

According to the parliament office, the South Korean speaker suggested the meeting with Gates to Trevor Mundel, the president of global health at the Gates Foundation, when he was here in June.