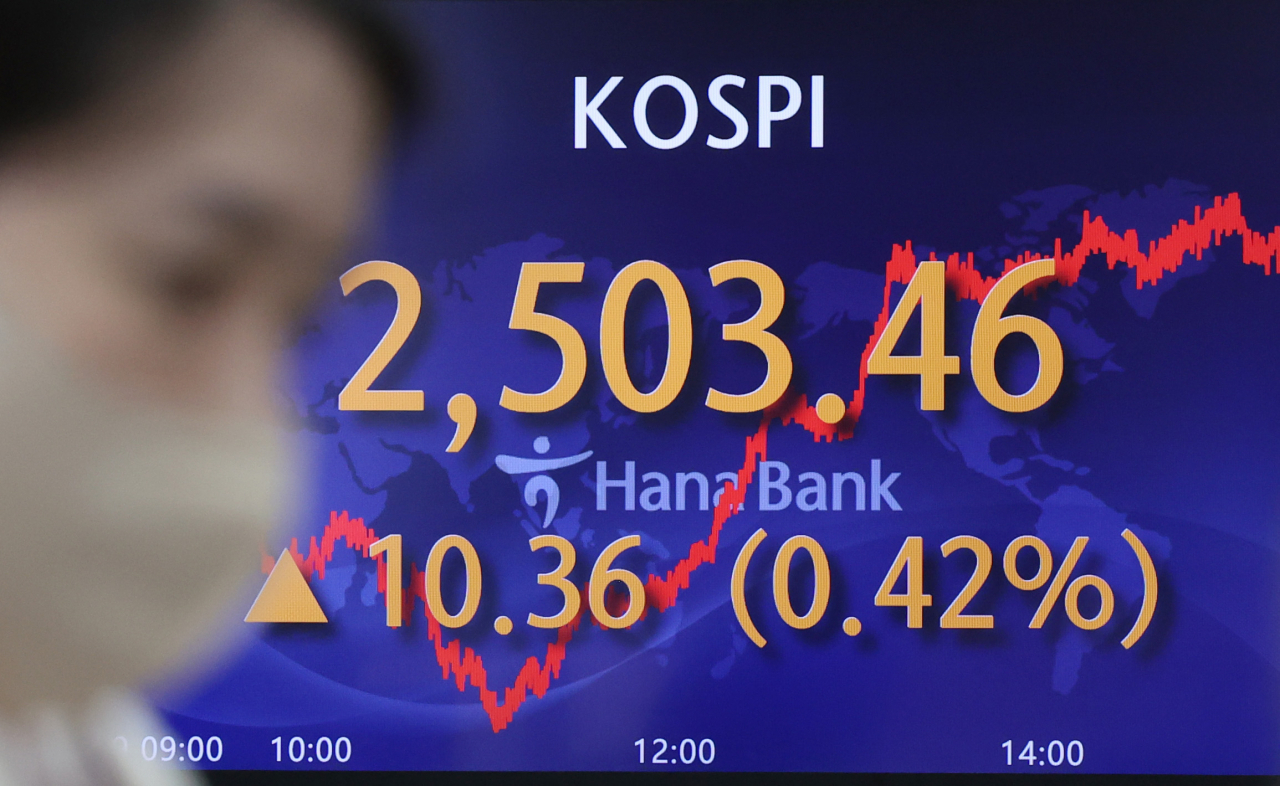 South Korean stocks closed moderately higher Tuesday to extend their winning streak to a fifth day, as investors keep a wary eye on upcoming US inflation data that might offer a clue as to the Federal Reserve's next move in its monetary policy. The local currency inched up against the US dollar.

"Stocks moved range-bound as investors took a cautious approach ahead of the US consumer price index announcement, despite some positive macro indicators, such as the inflation expectations and the won's recent gain," said Han Ji-young, an analyst at Kiwoom Securities Co.

US stocks closed almost flat on Monday (local time) after the country reported robust jobs data, a possible indication that the Fed could go ahead with a sharp rate hike in the September policy meeting to tame decades-high inflation.

The Federal Reserve Bank of New York lowered the inflation expectations to 6.2 percent from 6.8 percent for the next 12 months.

The US consumer price data, set to be released Wednesday, is expected to provide a further clue as to whether the Fed will go easy in the aggressive monetary tightening.

Seoul stocks turned to positive territory toward the closing bell, led by foodmakers and materials companies.