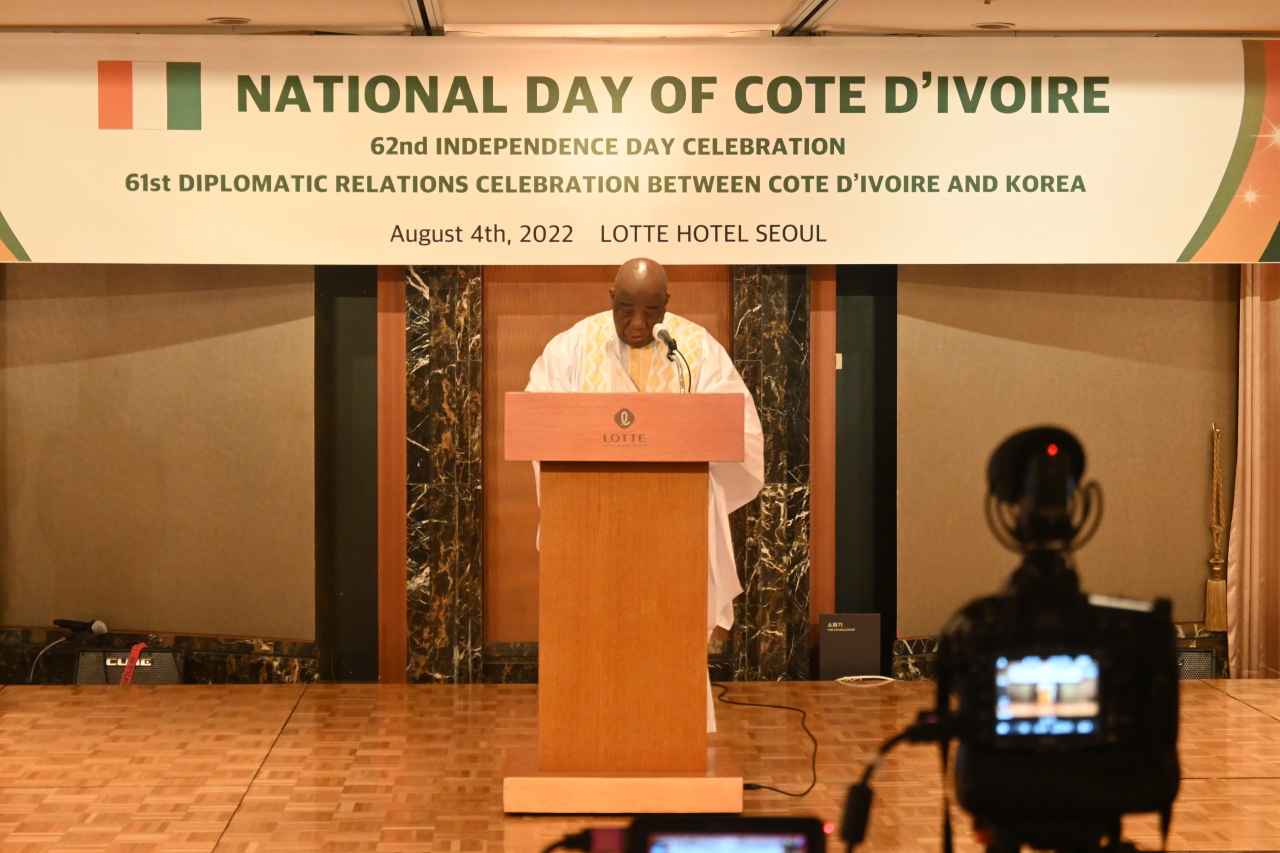 Saying that Ivory Coast is now a stable country of full economic development with dynamic and stable growth, the country’s Ambassador to Korea Allou Wanyou Eugene Biti highlighted his country’s agricultural contribution to the world economy. 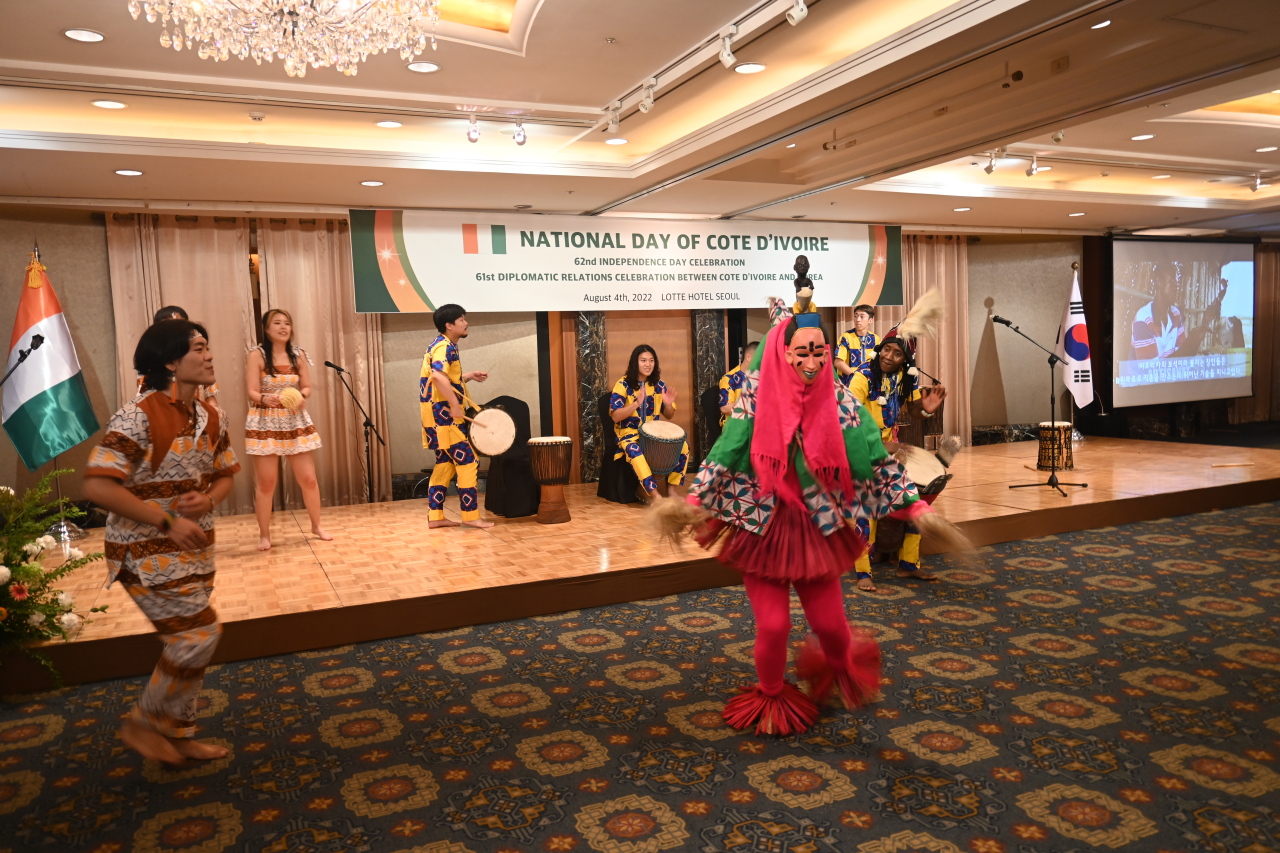 Artists perform a traditional dance during the reception of Ivory Coast's 62nd Independence Day at Lotte Hotel, Seoul, Thursday. (Sanjay Kumar/The Korea Herald).
"Worldwide, Cote d’Ivoire is the leading cacao producer, which means that a good part of the chocolate you eat, wherever you are, is the fruit of the labor of Ivorian farmers,” he said.

According to Biti, Ivory Coast is world’s largest producer of cola nuts and leading producer of raw cashew nuts.

“When you drink Coca cola, you consume a good part of the cola nut of Cote d’Ivoire,” Biti said.

According to Biti, Ivory Coast is Africa’s top producer of latex and bananas, second-largest cotton producer and third producer of palm oil and coffee in Africa. 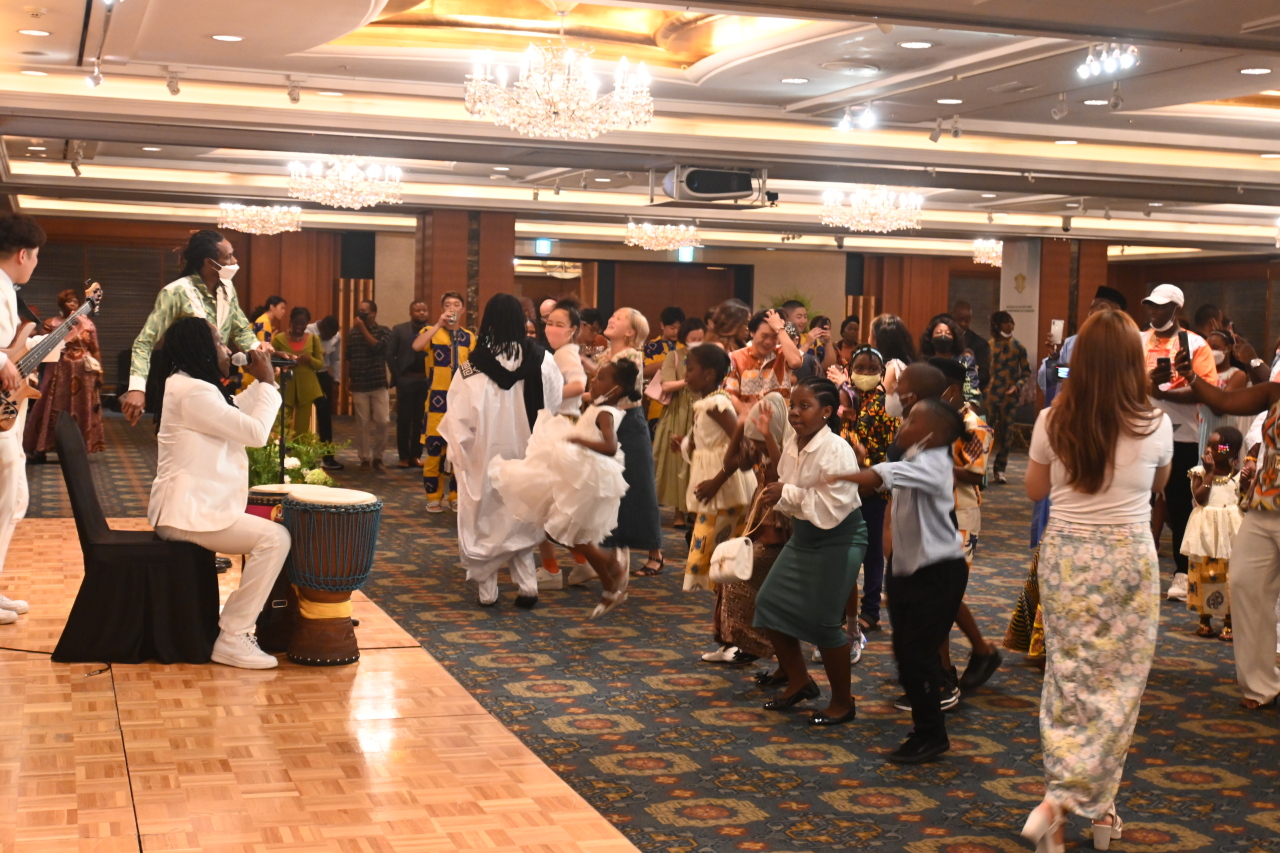 Children dance to the tunes of musical performance during the reception of Ivory Coast's 62nd Independence Day at Lotte Hotel, Seoul, Thursday. (Sanjay Kumar/The Korea Herald).
“Cote d’Ivoire is the second (most) competitive economy in West Africa,” he said.

Explaining the features of Ivorian subsoil, rich in minerals such as gold, iron, diamonds, bauxite, nickel, and manganese represent potential sources of income capable of infusing strong economic growth, the ambassador said the contribution of these resources to the national economy has so far been limited to 8 percent of gross domestic product.

Biti highlighted the need to develop and use Ivory Coast resources.

“Cote d’Ivoire has oil and natural gas and entered the oil era in 1980, but it took until 2002 to start exploiting this resource, whose crude oil, of a quality close to that of Brent from the North Sea, is an export object,“ according to Biti. 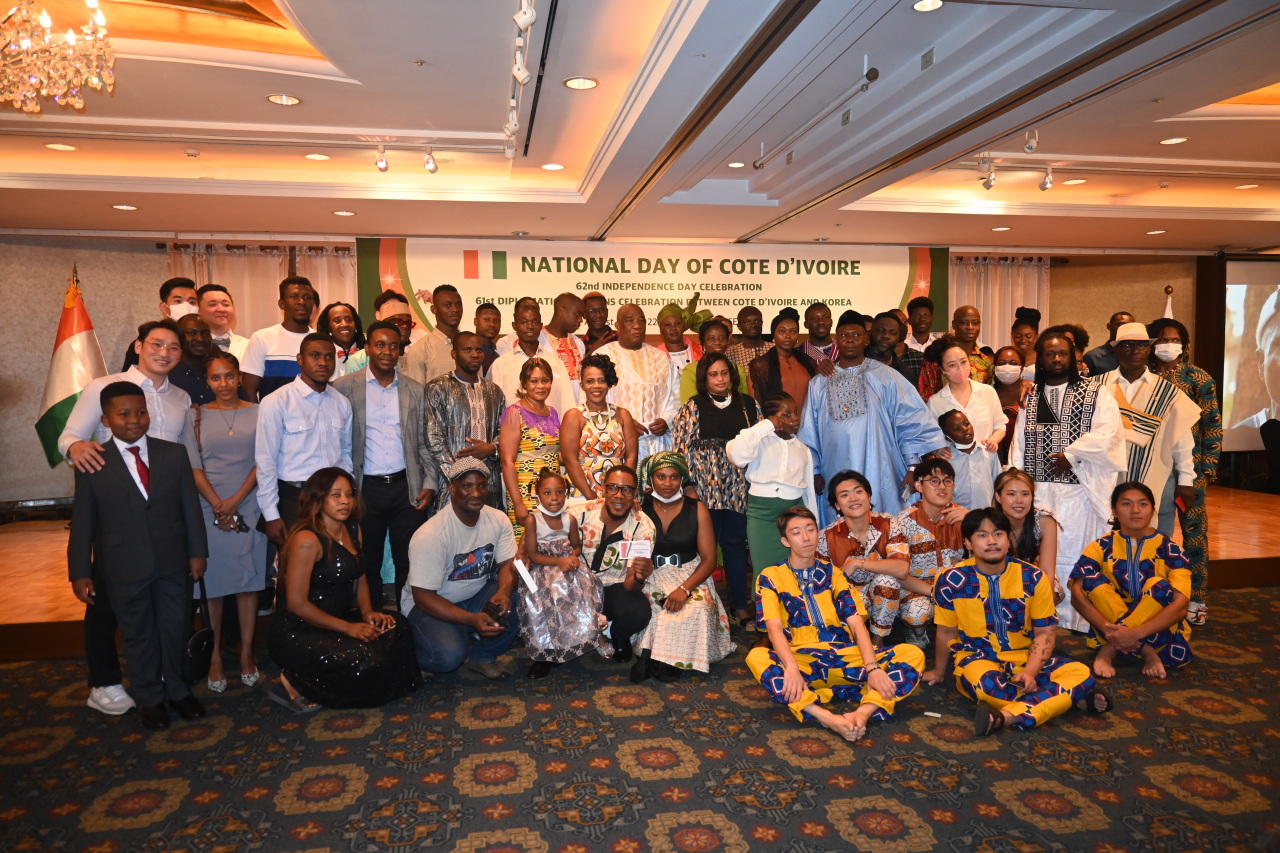 “Cote d’Ivoire has set itself the credo of being the friend of all and the enemy of no one,” he said stressing Ivory Coast as first African country to have established diplomatic relations with Korea on July 23rd, 1961.

“Framework Agreement for cooperation ratified on June 10th, 2022, in the field of development assistance between Cote d’Ivoire and Korea will boost the relationship,” said Biti.

He reaffirmed the commitment of Ivory Coast to collaboration and openness to outside world and diversity of its population. 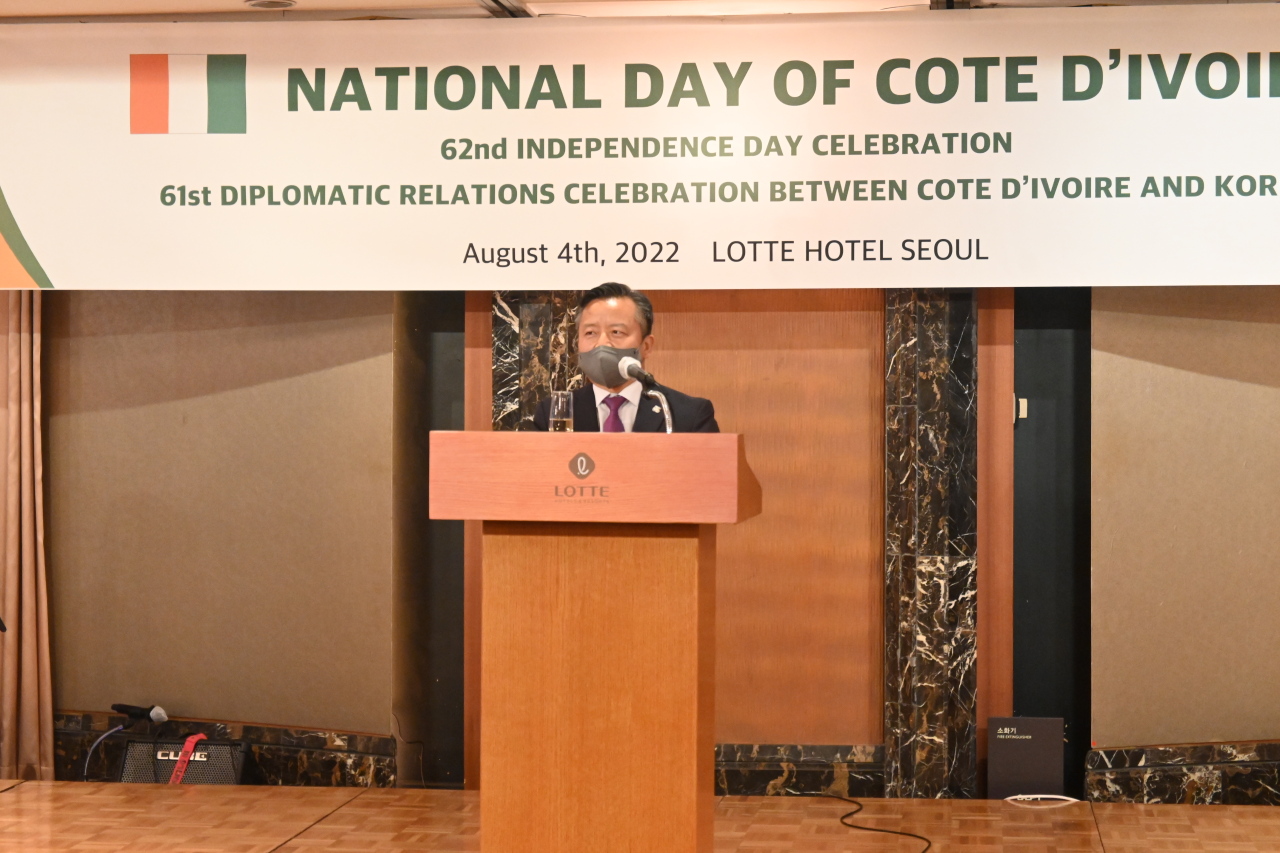 “In 10 years, even the rivers and mountains change,” he said, referring to a Korean proverb.