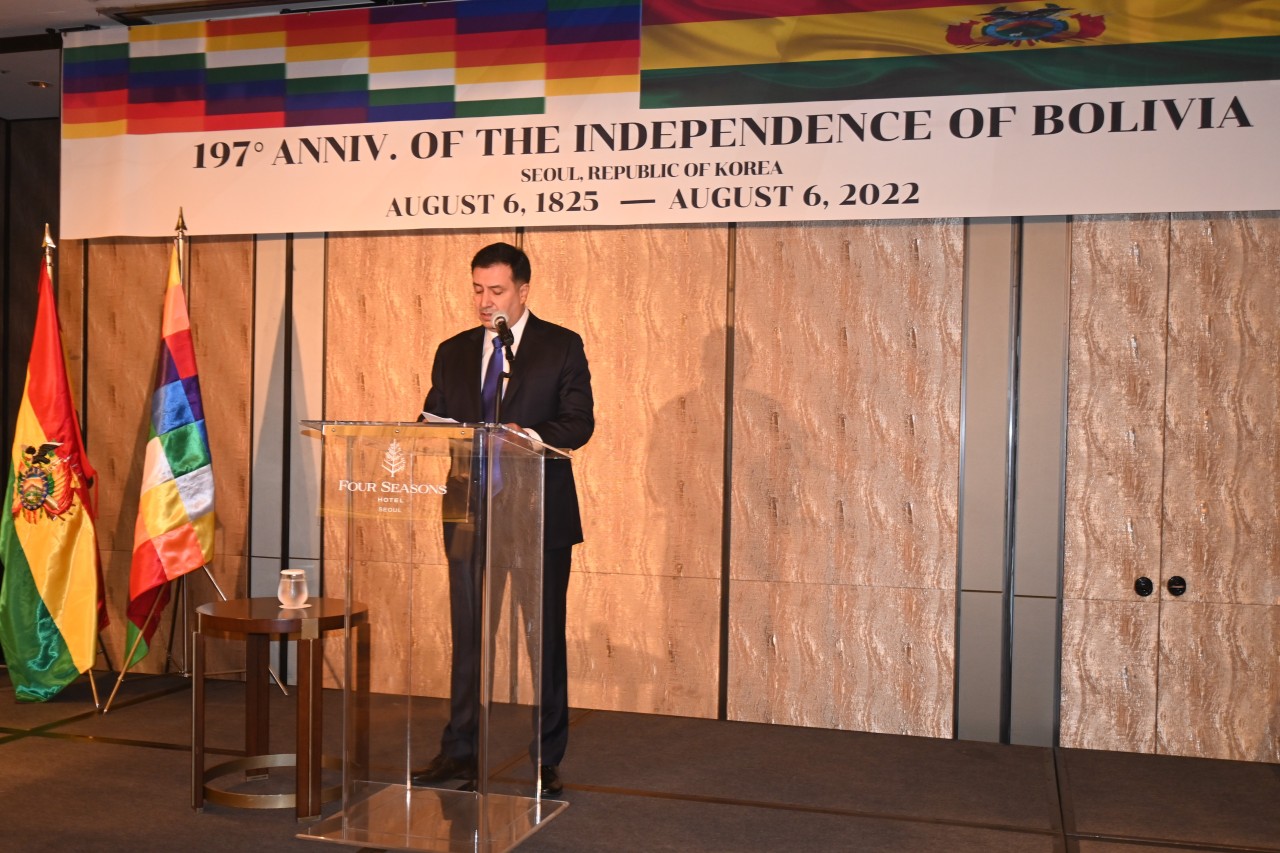 Bolivian Independence Day commemorates the signing of a declaration of independence from Spain on Aug. 6, 1825.

Assessing Bolivia-Korea relations in his remarks, Bolivian Charge d’affaires to South Korea Luis Pablo Sebastian Ossio-Bustillos touched upon the decadeslong growth of economic relations that made Bolivia achieve an accumulated trade balance of more than $2.5 billion from exports of zinc, lead and silver minerals, as well as non-traditional products such as Brazilian nuts, alcohol and coffee.

According to Ossio-Bustillos, such items have allowed Bolivia to record exports of $301 million to Korea in the first half of the year, while imports from Korea came to $34 million.

Bolivia is also working with South Korean entities to expand the country’s industrial capacity, through projects such as a Samsung Engineering-led $900 million project to build an ammonia and urea fertilizer plant in Cochabamba.

“The plant would produce 600,000 tons of urea in 2022, managing 85 percent of capacity with directed export for Brazilian and Peruvian markets,” the envoy said, adding that Bolivia expects to raise a record figure of $350 million by the end of 2022.

Ossio-Bustillos applauded the financial cooperation of the Economic Development Cooperation Fund of Korea’s Eximbank to build the longest bridge in Bolivia, the Puente Banegas. 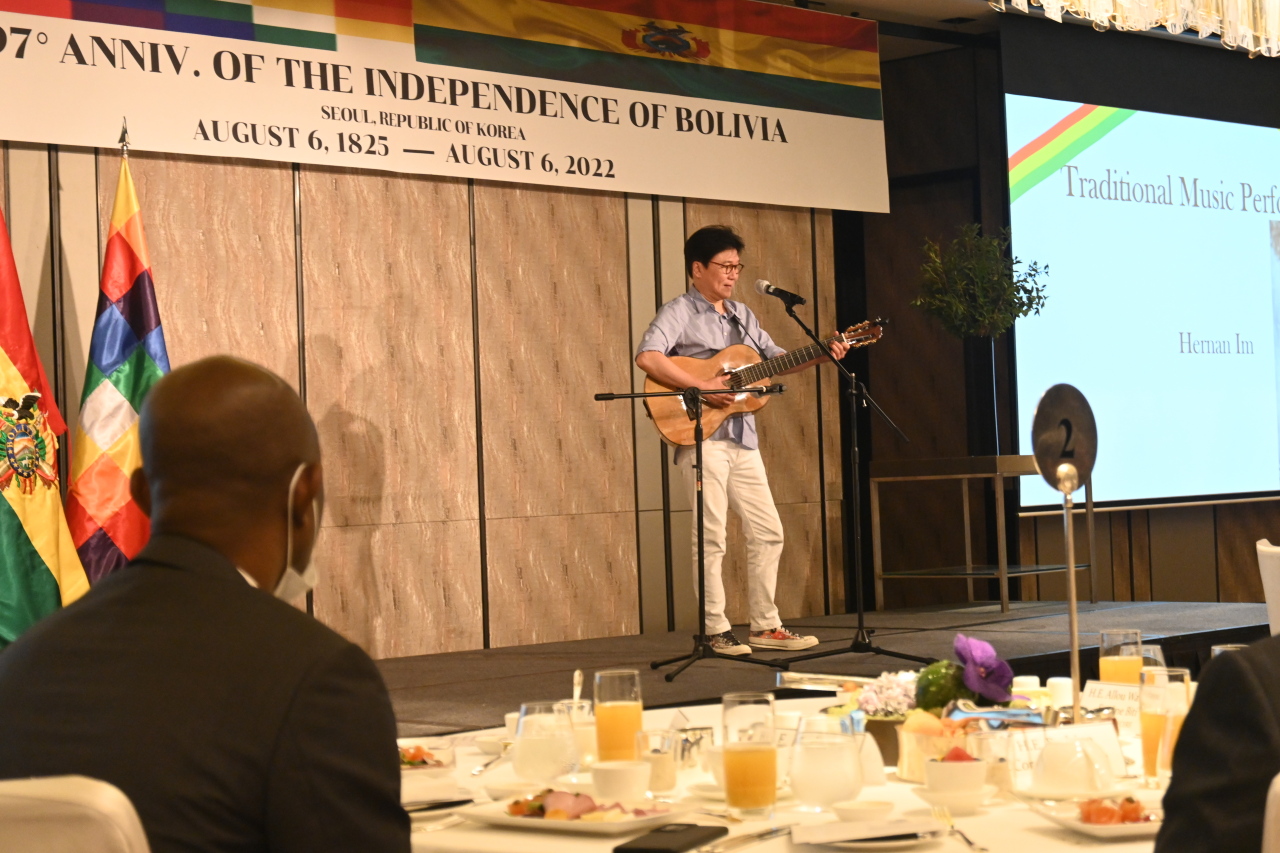 “Korea reopened its embassy in La Paz in 2008 and Bolivia did so in 2014,” said Ossio-Bustillos, congratulating Bolivia and Korea for reducing poverty, eradicating illiteracy and attaining political and social stability.

Highlighting his country’s potential, Ossio-Bustillos said Bolivia was the least volatile among neighboring countries amid current international context with sceneries of uncertainties and several multifaceted crises.

Bolivia bases growth on domestic demand, which offers stability to the Bolivian economy without social costs due to government subsidies for sensitive prices of bread and gasoline, according to Ossio-Bustillos.

“Bread and gasoline products in Bolivia would probably be the cheapest in the world,” he said.

Bolivia, located in the heart of South America, prioritizes interconnectivity of its vast territory, as well as improving infrastructure of roads, bridges, railways, hydroelectric power plants and airports, said Ossio-Bustillos.

According to Ossio-Bustillos, Bolivia, a founding member of the Andean Community of Nations with Peru, Ecuador and Colombia, is to join the South American trade bloc Mercosur, or Southern Common Market. Mercosur member states include Argentina, Brazil, Paraguay and Uruguay. 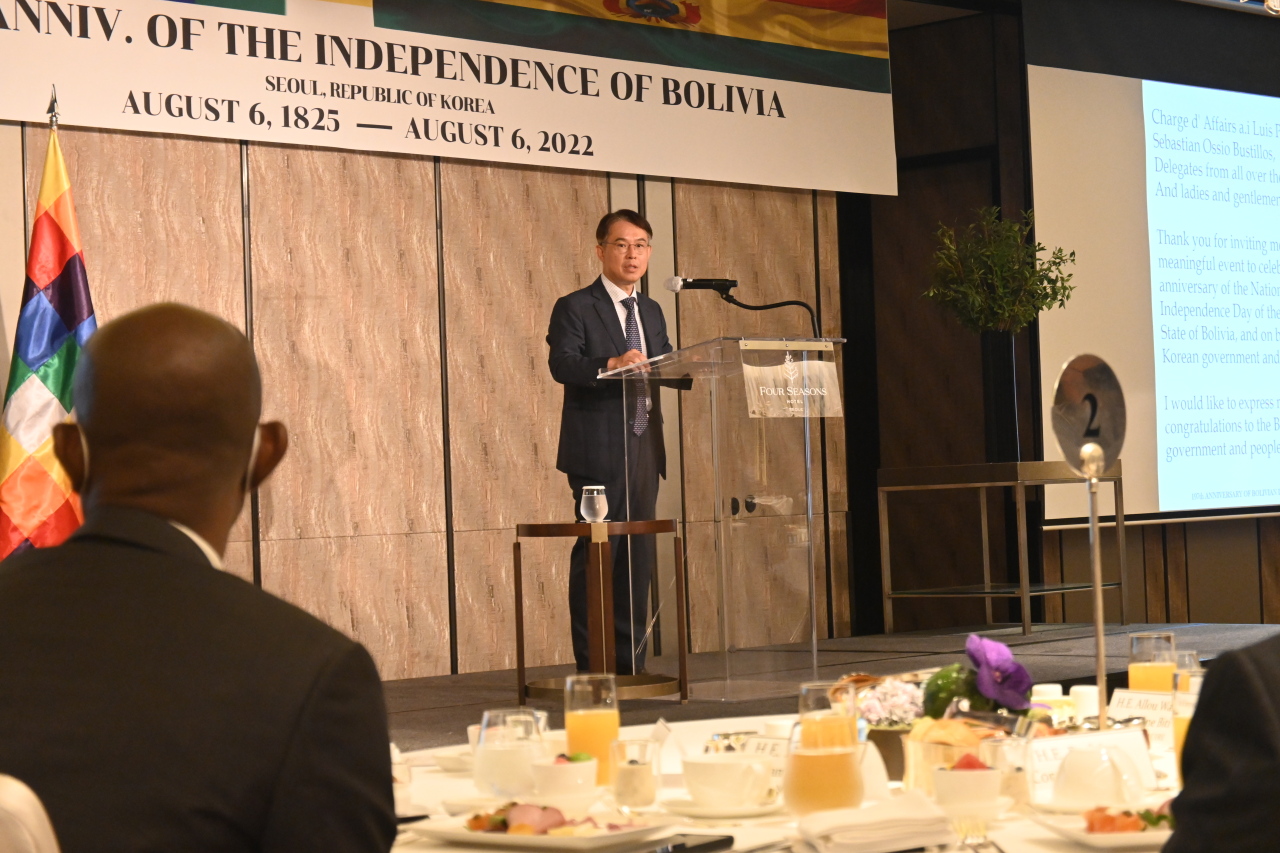 “Korea is trying to take a step closer to Bolivia through Korean culture such as K-pop and K-drama, in which Bolivians are interested,” he said.

Choi added that he hoped human and cultural exchanges between Korea and Bolivia, which were suspended due to COVID-19, would resume soon.