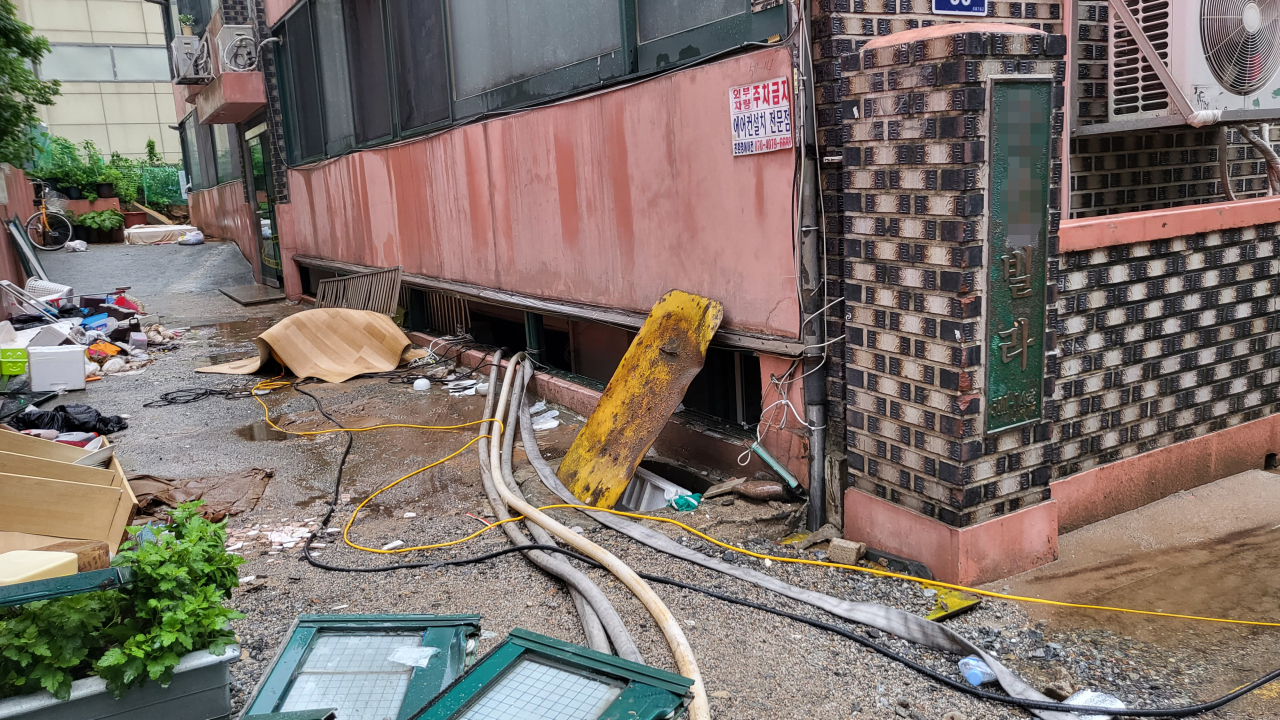 The house where three people were found dead in Sillim-dong, Gwanak-gu, Seoul, is seen in these photos taken on Tuesday morning (Yonhap) 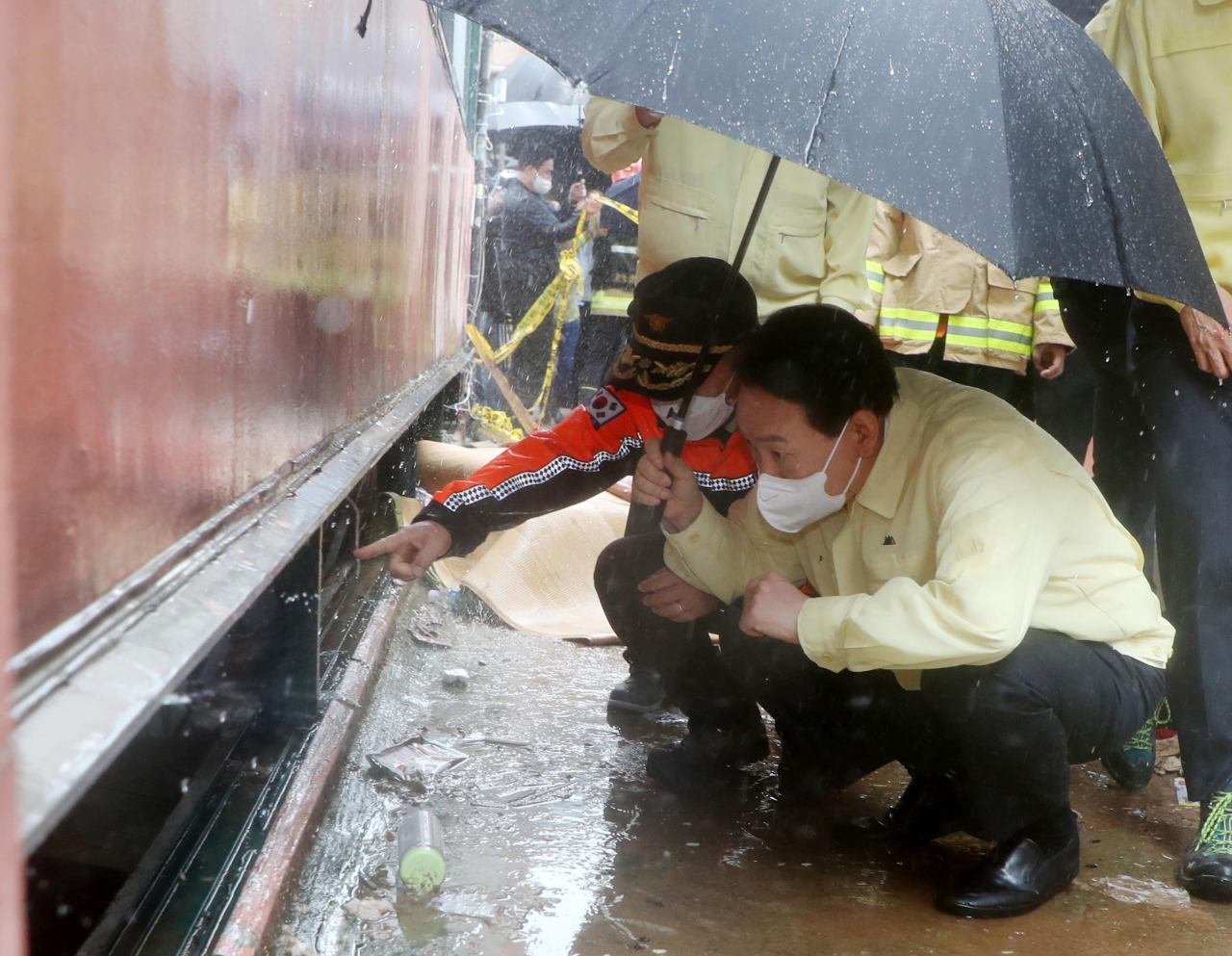 President Yoon Suk-yeol visits a basement home shattered by downpours in Gwanak-gu, southwestern Seoul, on Tuesday. Three people living in the basement were killed in flooding the night before. (Yonhap)

Three people were found dead in a flooded semi-basement apartment in Seoul on Tuesday, after the heaviest rainfall in 80 years wreak havoc on many parts of the city.

According to local police, a 47-year-old woman, her older sister and 13-year-old daughter were trapped in the submerged home in Sillim-dong, Gwanak-gu, western Seoul and likely died by drowning.

The police recovered their bodies around 11:30 p.m. on Monday. They had received a report of flooding in the house from an acquaintance of the family at 9 p.m. the previous day.

The rescue work was delayed because when they arrived, the house was already full of water, requiring equipment for drainage. 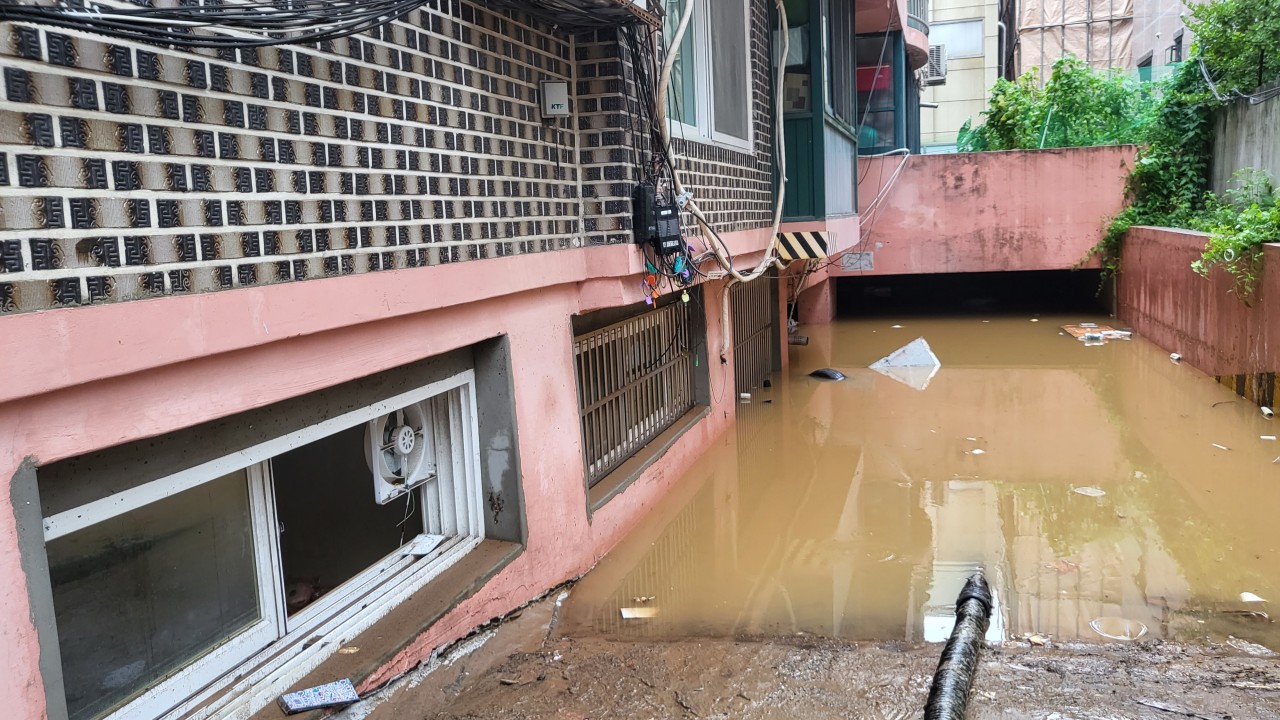 The house where three people were found dead in Sillim-dong, Gwanak-gu, Seoul, is seen in these photos taken on Tuesday morning (Yonhap)
According to the neighbors, the victims appeared to have been trapped as water kept on flowing down to the basement due to a big puddle created at the entry of the multiplex housing unit.

The three victims were living with the sisters’ mother who was not home at the time of the accident. The older sister reportedly had developmental disability.

“Residents tore off the windows and struggled to save them, but the water filled up in seconds,” one neighbor was quoted by Yonhap News as saying.

The victims are among the seven deaths linked to the overnight rain in and around Seoul. Six others remain missing and 9 are injured, according to the central disaster and safety countermeasures headquarters.