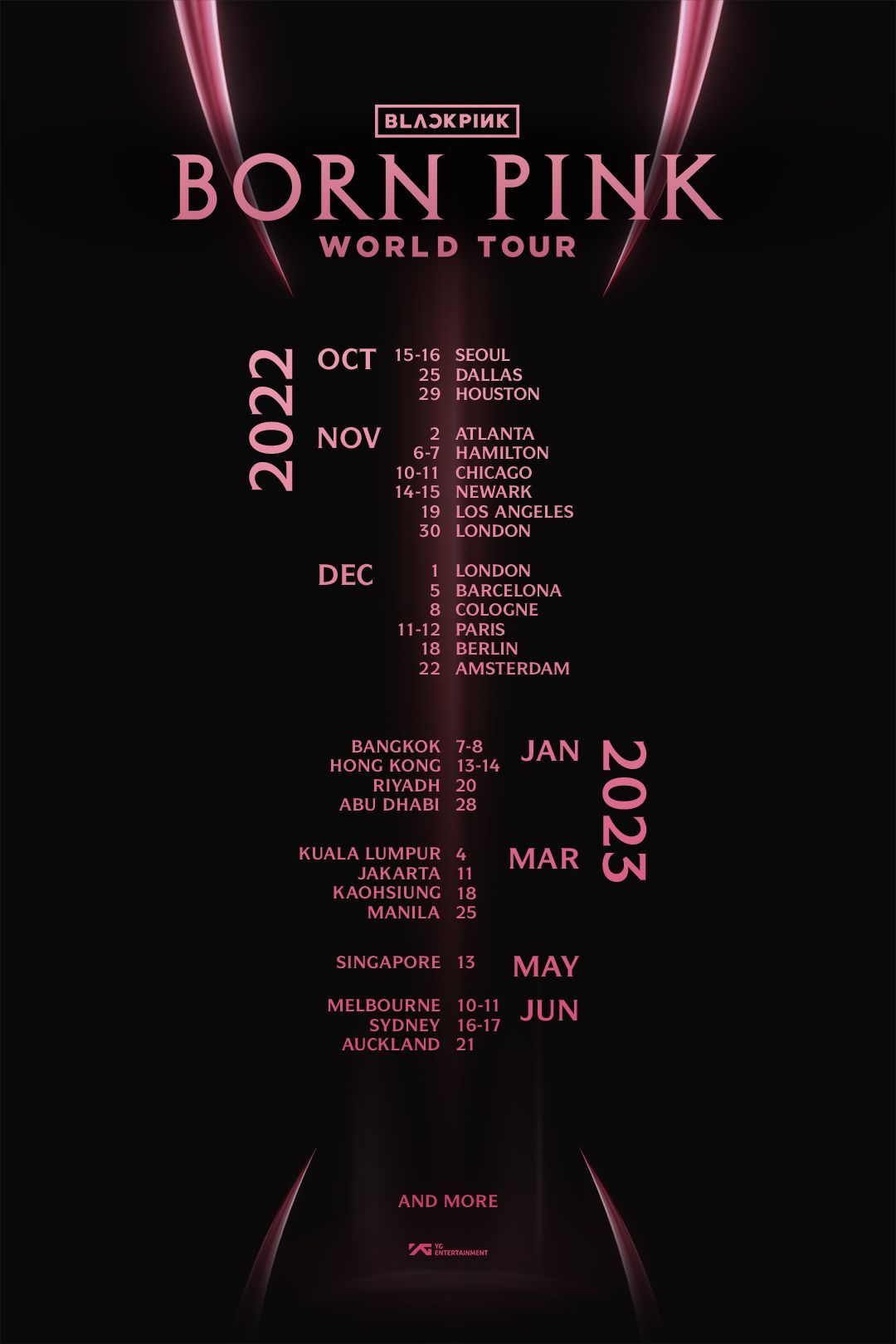 The group’s label YG Entertainment released the first teaser poster for Blackpink’s world tour entitled “Born Pink” via its official social media on Tuesday. The image shows partial dates of the quartet’s upcoming concerts in 26 major cities around the world.

Blackpink will kick off its tour in Seoul with a two-day concert on Oct. 15 and 16. The act will head to North America, visiting cities such as Dallas, Houston, Atlanta, Hamilton, Chicago, Newark and Los Angeles.

The tour will continue throughout the year in Europe nations. The quartet is scheduled to perform in London, Barcelona, Cologne, Paris, Berlin and Amsterdam.

In the first half of next year, the act will also fly over to cities such as Bangkok, Hong Kong, Riyadh, Abu Dhabi, Kuala Lumpur, Jakarta, Kaohsiung, Manila, Singapore, Melbourne, Sydney and Auckland.

In addition to arena concerts, the act will perform in stadiums, expanding the number of fans that can enjoy the experience, according to YG. Announcements on additional dates and cities of “Born Pink” are set to be made later, the official said.

While preparing for the world tour, the group is also gearing up to return with a new project with a prerelease single, “Pink Venom,” on Aug. 19. This will mark the act’s first group release in nearly two years, following its first full-length album “The Album” in October 2020.

Following the release of “Pink Venom” next week, the band is scheduled to drop a full-length album in September.

“We’re happy to keep delivering good news -- the prerelease single, full-length album and the world tour,” the bandmates said in a statement. “We’re looking forward to meeting the fans!”