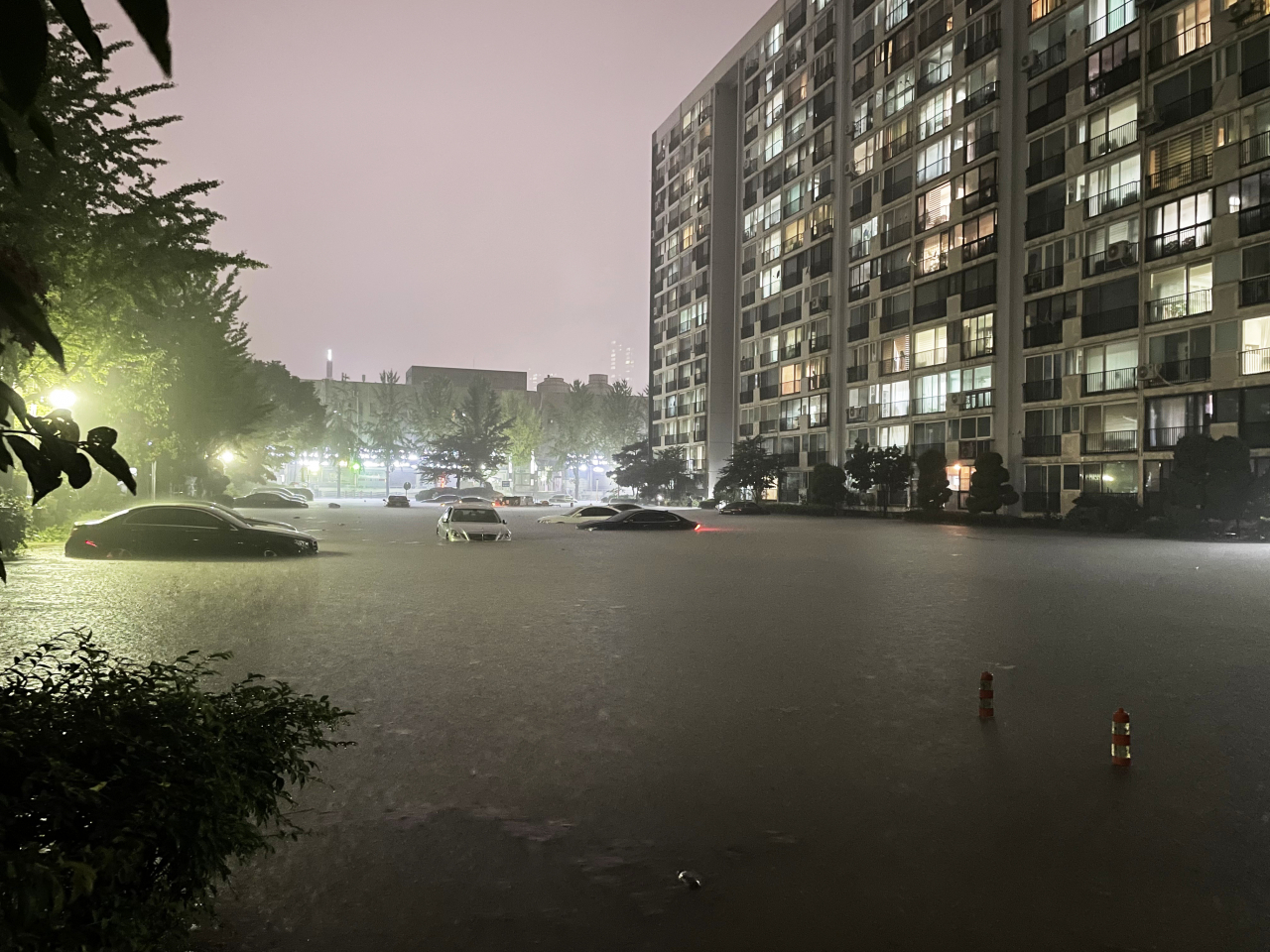 This photo, taken Monday, shows a submerged parking lot of an apartment complex in the southern district of Gangnam due to heavy rains. (Yonhap)

The government on Tuesday postponed its planned announcement of housing supply measures in a bid to focus on responding to damage from overnight heavy downpours.

The government had planned to announce details of its plan to supply more than 2.5 million houses Tuesday as part of efforts to stabilize home prices. It would be the first package of housing supply measures under the Yoon Suk-yeol administration that took office in May.

"To respond to the downpours, the government has decided to postpone the announcement scheduled for Tuesday," the land ministry said in a message to reporters.

The heaviest rainfall in 80 years has pounded Seoul and surrounding regions, leaving seven people dead and six others missing, as well as flooding homes and subway stations.

The finance ministry also canceled a scheduled meeting of ministers on the housing policy.

Finance Minister Choo Kyung-ho was supposed to preside over the meeting at 8:00 a.m. ahead of the government's announcement of the housing supply plan. The government has yet to decide when to announce the plan. (Yonhap)