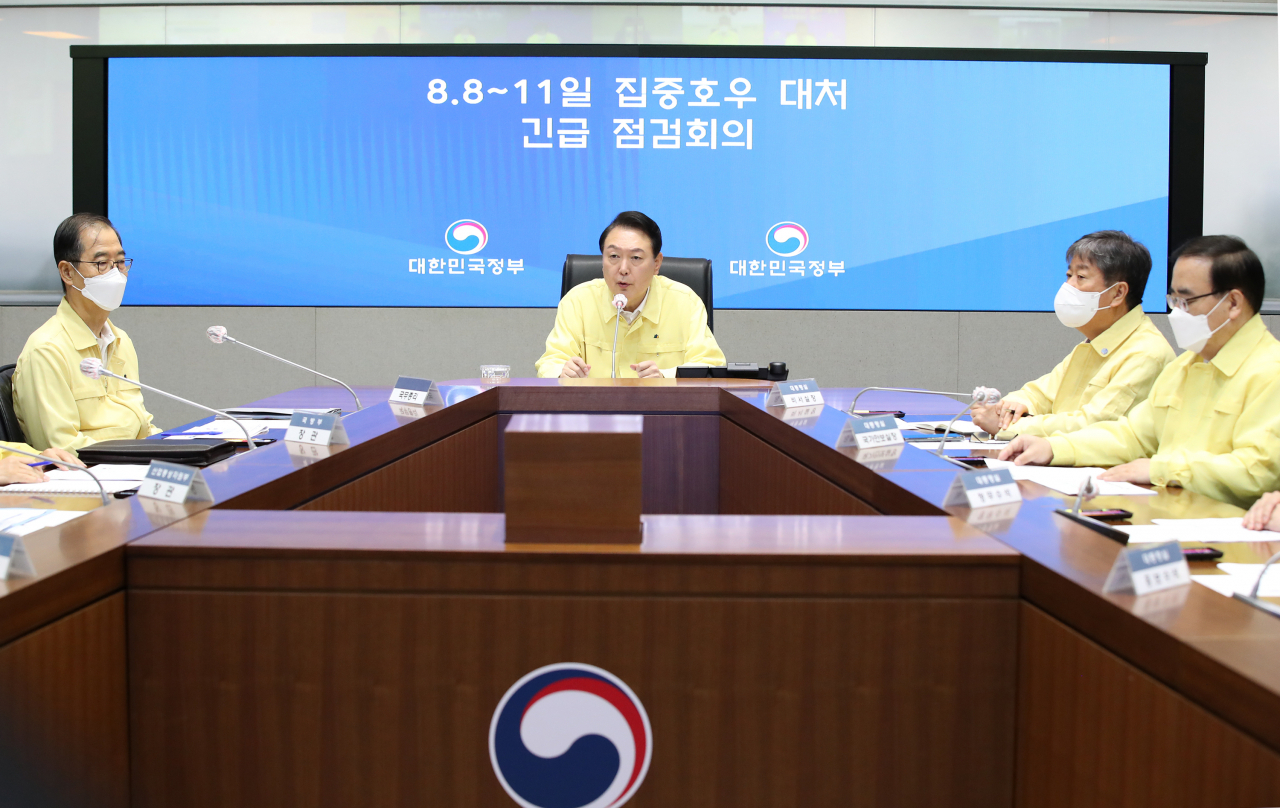 President Yoon Suk-yeol (C) presides over a meeting at the government complex in Seoul on Tuesday, to check damage by torrential rainfall that battered Seoul and surrounding areas the previous night. Over 100 millimeters per hour fell the previous night, the heaviest downpour in 80 years. (Yonhap)

President Yoon Suk-yeol presided over an emergency meeting Tuesday to respond to the heaviest rainfall in 80 years that left seven people dead and six others missing, his office said.

The meeting was held in the disaster and safety situation room of the government complex in Seoul, a day after heavy rains pounded the capital and its surrounding areas and flooded homes, vehicles, buildings and subway stations.

Yoon had been scheduled to travel to the central city of Sejong to preside over a Cabinet meeting there, but canceled the plan to oversee the emergency.

On Monday, he instructed local governments and the forestry and firefighting authorities to come up with measures to evacuate residents from high-risk areas and prevent loss of life.

He also ordered administrative and public agencies to delay the start of the working day Tuesday, given the time needed to restore public transit services amid the continued downpour. (Yonhap)