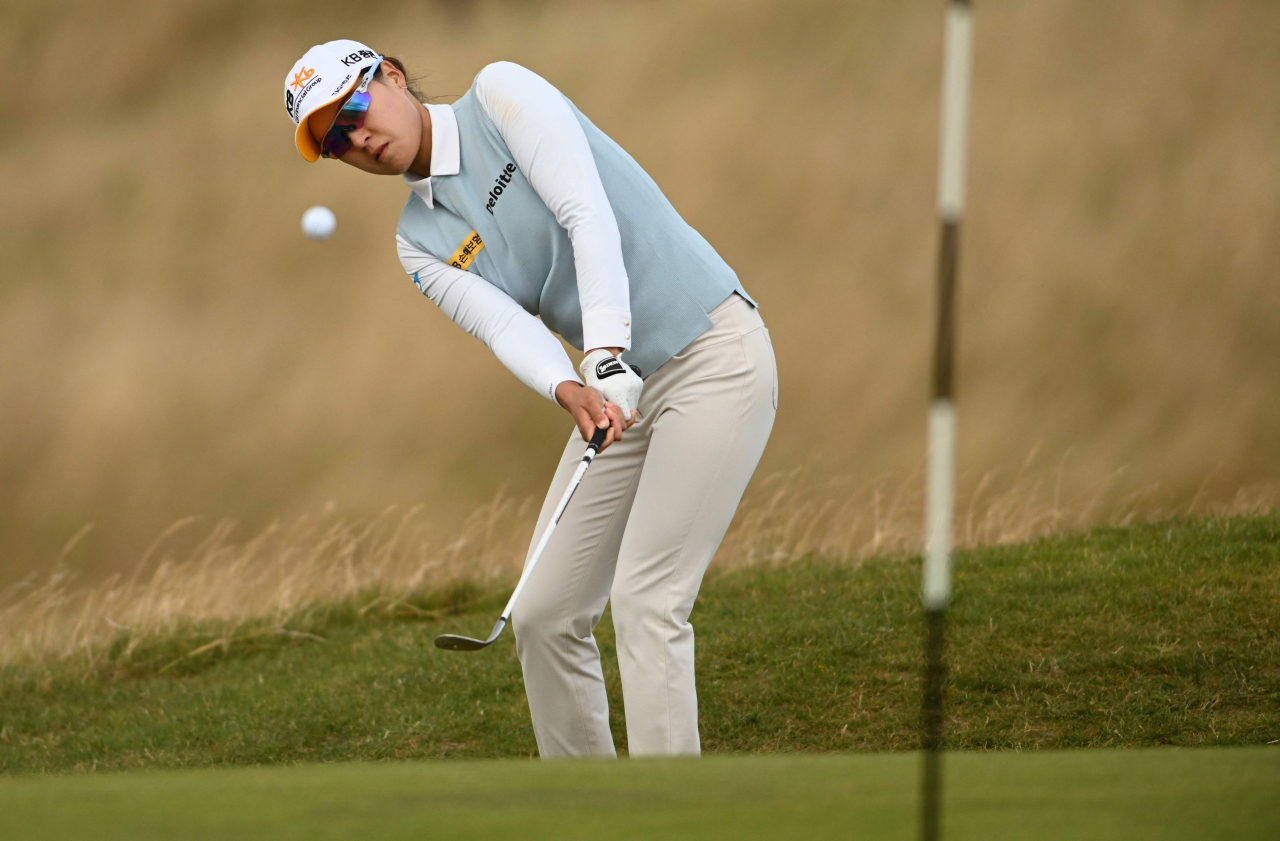 In this AFP photo, Chun In-gee of South Korea plays a chip shot on the seventh hole during the final round of the AIG Women's Open at Muirfield in East Lothian, Scotland, on Sunday. (AFP-Yonhap)

South Korean LPGA player Chun In-gee has cracked the top 10 in the world rankings for the first time in over four years, on the heels of a runner-up finish at the season's final major championship.

On Sunday in Scotland, Chun lost to Ashleigh Buhai of South Africa in a playoff at the AIG Women's Open. Chun rallied from a five-shot deficit in the final round to force the sudden-death affair, but Buhai edged out Chun on the fourth playoff hole with a par.

In June, Chun ended a four-year title drought by winning the KPMG Women's PGA Championship, her third major title and her fourth LPGA win overall. A victory at the Women's Open wuld have made Chun the eighth player to complete a career grand slam -- winning four different majors at least once each.

Despite the near miss, Chun is enjoying the most lucrative season of her career. She is No. 2 on the money list this year with just under $2.5 million, more than her earnings from the last four seasons combined.