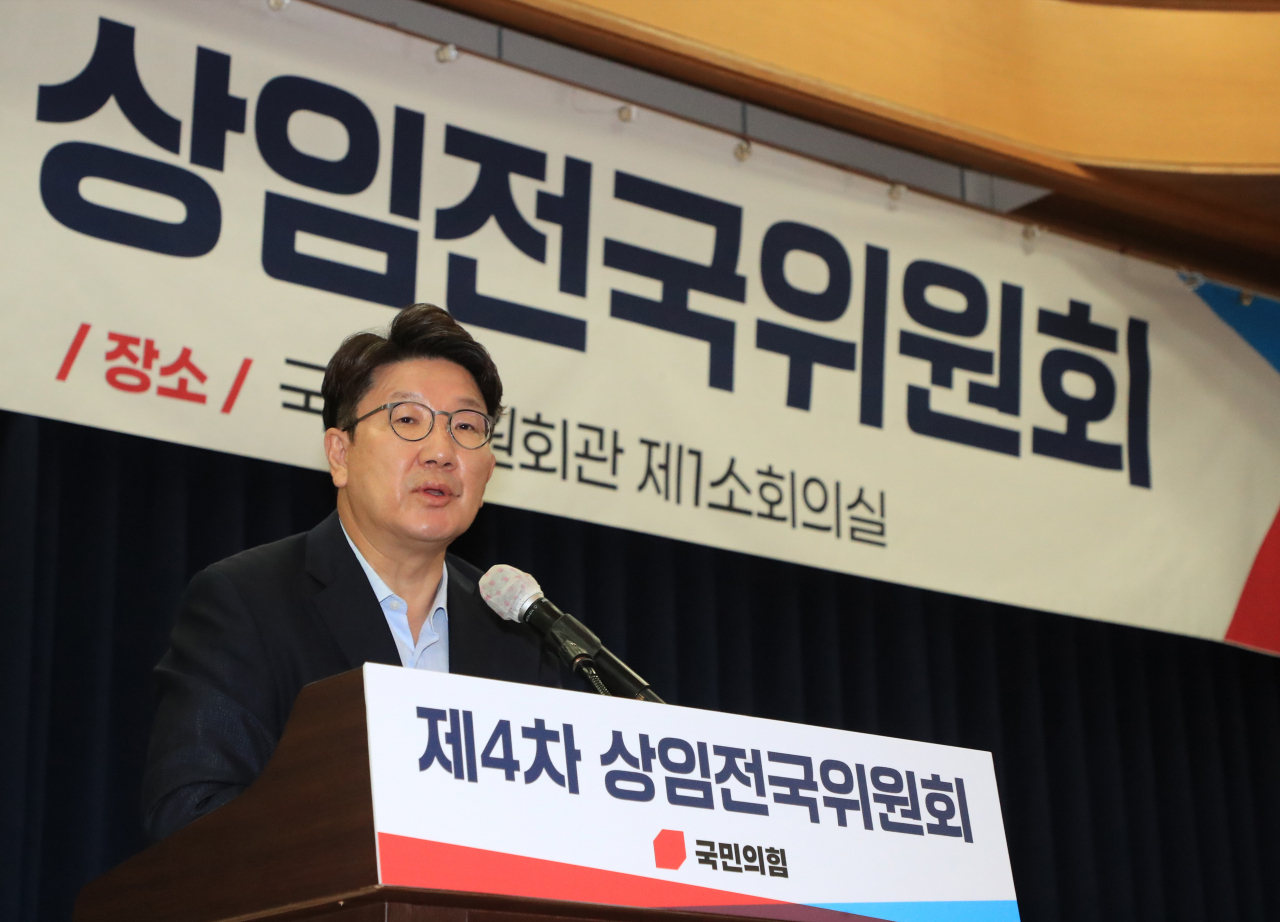 The ruling People Power Party (PPP) was set to hold a national committee meeting Tuesday to finalize a switch to an emergency leadership system despite fierce opposition from suspended party chief Lee Jun-seok.

Following a meeting of national committee standing members on Friday where they declared an "emergency" situation for the embattled party, the committee's plenary meeting is set to take place at 9 a.m. to complete the leadership transition.

Participants will vote by phone on whether to amend party charters to launch an emergency leadership committee that will be made up of up to 15 members including the chair.

An interim leader candidate will be made public at a general meeting of lawmakers in the afternoon and endorsed during an ensuing round of the national committee's plenary meeting.

Rep. Joo Ho-young, a five-time lawmaker who served as the party's floor leader and in other senior positions, is considered a key candidate to lead the interim leadership, according to parliamentary sources.

If endorsed, the PPP will officially break up the current leadership and shift to the emergency committee system, effectively blocking the suspended party chairman's return. Lee was suspended for six months in July over allegations of sexual bribery and a cover-up.

Lee has vowed to take legal action against the envisioned transition.

Sources said he is preparing to file for an injunction against the transition. Lee plans to hold a press conference on Saturday to announce his position, including whether he will take the issue to court.

That, coupled with unpopular personnel appointments and policy proposals, such as lowering the elementary school starting age, has led Yoon's approval ratings to fall to record lows in just three months after taking office. (Yonhap)