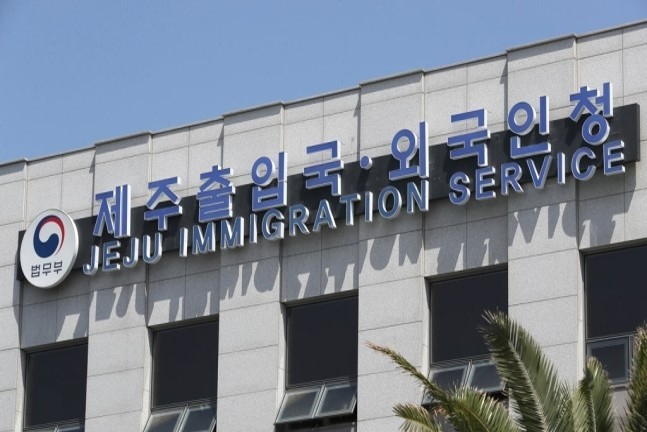 The Ministry of Justice confirmed Monday that the government plans to introduce the Korea Electronic Travel Authorization (K-ETA) for the island. A spokesperson of the ministry, however, added it would still collect opinions from representatives from Jeju’s tourism organizations before making the final decision.

The K-ETA was introduced last September for short-term travelers on visa waivers, and must be applied for before travel. However, Jeju has waived the requirement since June 1.

The introduction of the travel authorization became an issue after the government found that dozens of tourists from Thailand had gone missing.

According to the Korea Immigration Service, out of the 280 tourists from Thailand who entered the country on Tourist visas on Aug. 2, the whereabouts of 55 are unknown.

Many of the people who are trying to make illegal entries to South Korea appear to be choosing Jeju as their port of entry as the island does not require K-ETA.

In 2002, the government started to allow tourists from most countries to enter Jeju without tourist visas, to increase tourism.

Under the rule, the number of tourists to the island rose sharply, reaching an all-time high of 3.6 million in 2019.

The government has conducted stricter monitoring of tourists from Thailand, in particular, given the high level of illegal immigration from the country to date. As of 2020, 151,468 of the roughly 180,000 Thais in the country were staying illegally. About 80 percent of Thais in Korea came on tourist visas.

Authorities added that it found that 367 of them had previously been denied the electronic travel authorization.

Tourism organizations in Jeju are expressing concerns after the Ministry of Justice hinted that it may strengthen the travel authorization system in Jeju, the country’s top travel destination for international tourists.

The tourism organizations are worried that the government’s decision could disturb the recovery of the tourism industry that suffered from the COVID-19 pandemic.

On June 1, Jeju’s borders reopened with the visa waiver program, which had been suspended since February 2020 due to the COVID-19 pandemic.