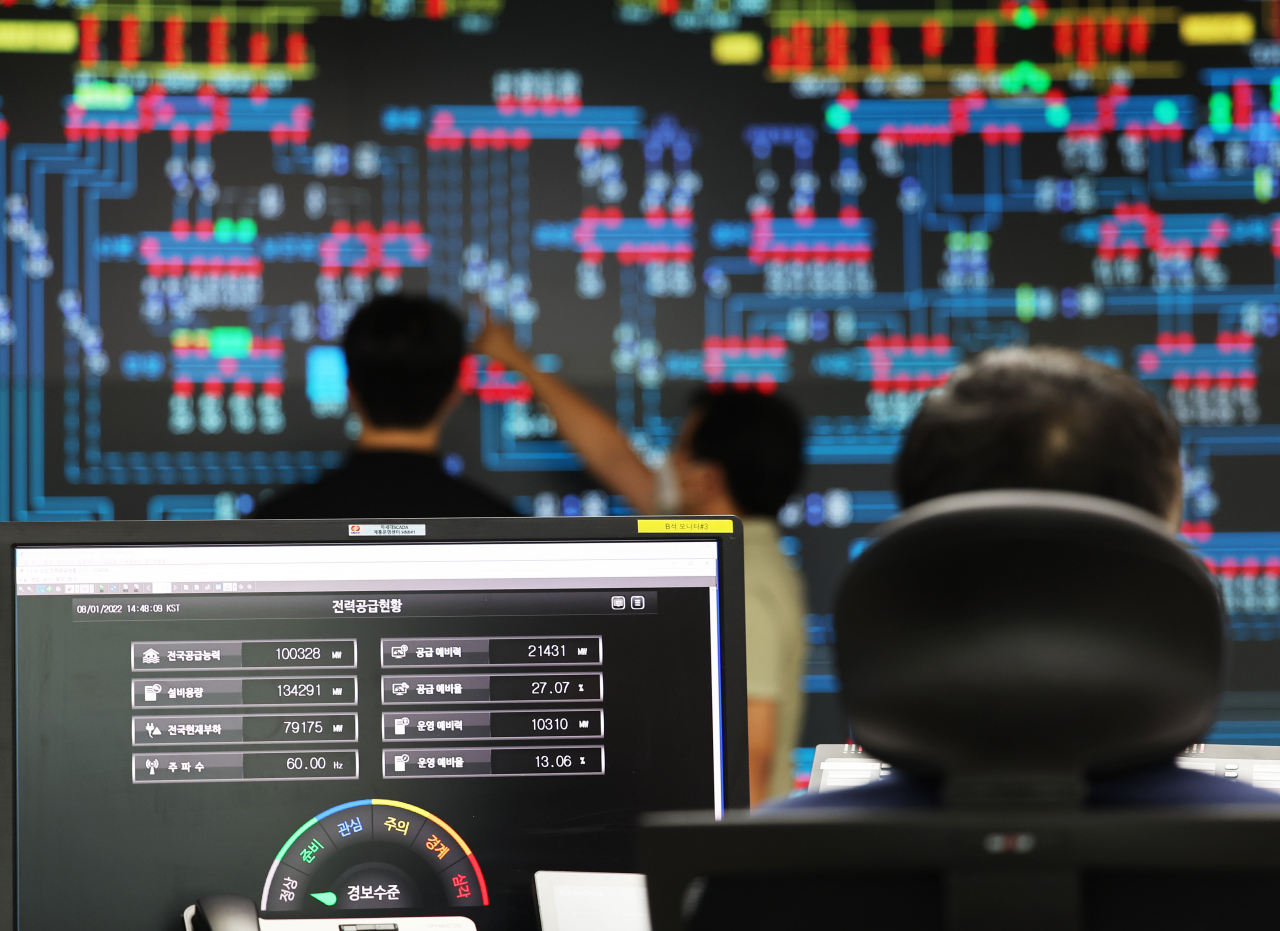 (Yonhap)
Electricity demand could hit an all-time high this week as scorching weather continues and workers return from summer vacations.

According to Korea Power Exchange on Monday, the country’s maximum power demand is expected to surpass 90,000 megawatts this week.

The Ministry of Trade, Industry and Energy had forecast in June that electricity demand would rise to the 91.7-95.7 gigawatt range in the second week of August, up from 91.1 gigawatts last year.

The country’s electricity demand had hit an all-time high on July 7 reaching 92.9 megawatts, beating the previous record of 92.5 megawatts set on July 24, 2018.

The ministry expects power reserves to plunge to their lowest levels in recent years -- to around 5.2 gigawatts this summer, half of that of last year.

As power consumption surges, South Korea’s reserve electricity ratio, which should be maintained above 10 percent to supply stable power and prepare for emergencies, is expected to stand between 5.4 to 10 percent this week.

If the ratio continues to dip below 10 percent, the government could impose emergency measures to control power use for the first time since September 2013.

Ongoing tropical nights in Seoul and scorching weather across the nation are leading to a surge in power consumption as many households and buildings turn up the air conditioning.

A tropical night is when the temperature does not fall below 25 degrees Celsius between 6 p.m. and 9 a.m.

The Korea Meteorological Administration forecasts the highest temperature for this week to stand between 28 and 34 degrees Celsius.