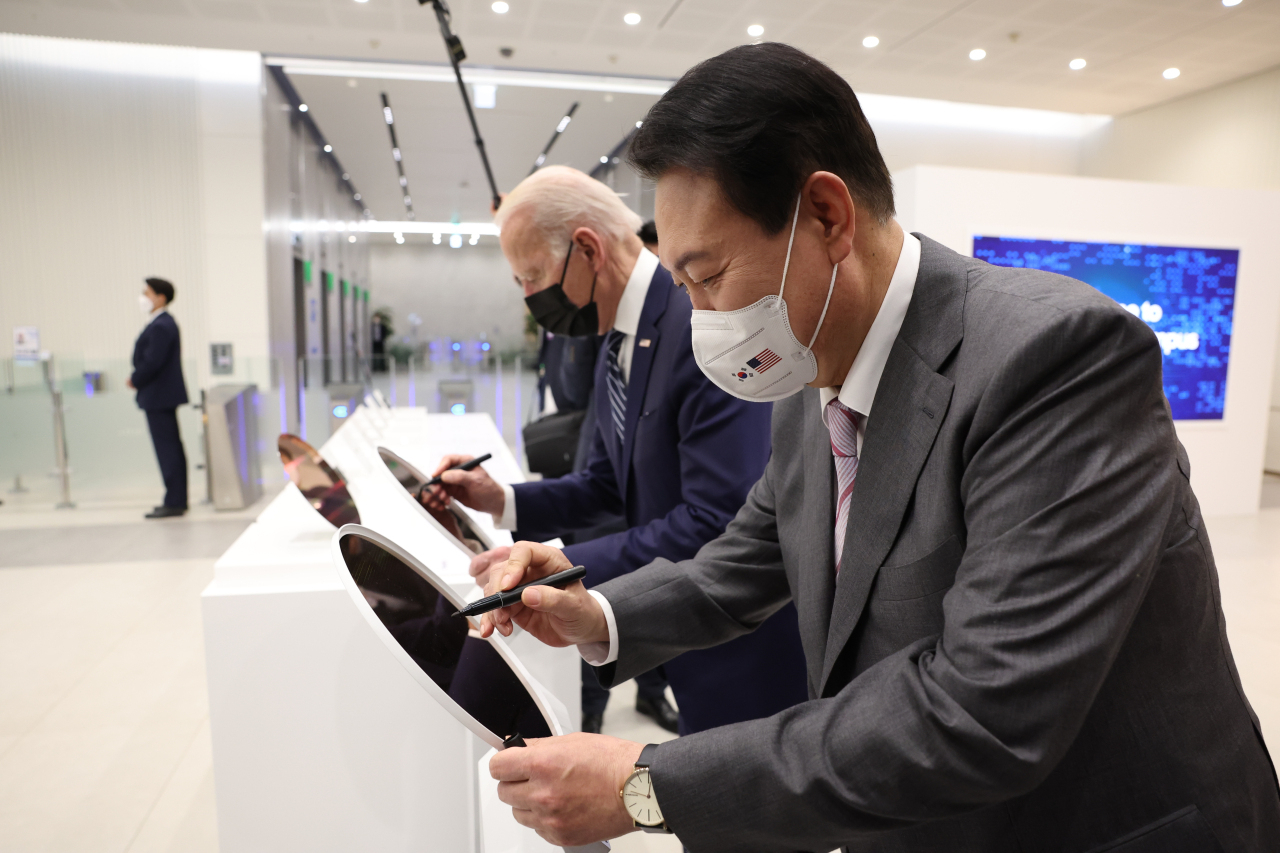 South Korea has decided to join a preliminary meeting of a US-led semiconductor alliance known as the "Chip 4," a senior presidential official has said.

The official told Yonhap News Agency on Sunday that the foreign ministry delivered the United States South Korea's intent to join the meeting expected to take place at the end of August or in early September.

The Chip 4 is an envisioned alliance of semiconductor powerhouses involving the US, South Korea, Japan and Taiwan, viewed by China as a grouping aimed at countering its influence in global supply chains.

South Korea has rejected characterizations of the group as an exclusive "alliance" and described it as a cooperation dialogue on semiconductor supply chains.

"Our government will participate in the preliminary meeting with the aim of serving our national interest as much as possible," another government official said.

Discussions at the preliminary meeting are expected to focus on setting the detailed agenda of the Chip 4, defining the scope of participation of each country and choosing a formal name for the group.

The presidential official said South Korea will decide whether to formally join the group based on the results of the meeting. (Yonhap)