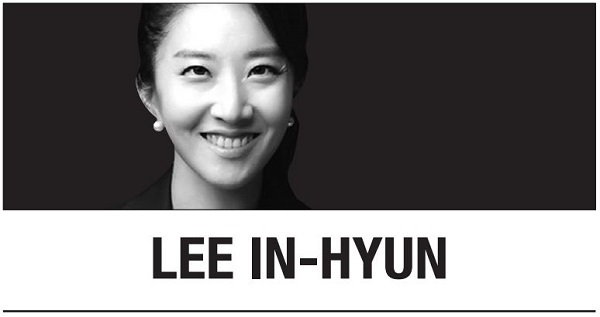 I heard great news this year in June: Lim Yun-chan got the first prize in the Van Cliburn Piano International Competition. He was the youngest winner since the competition was first established in 1962. The news was sensational in the field of classical music. When the news came out, I saw many people around the world start to get interested in classical music and Korean musicians. Usually, when a person becomes a winner in major competitions, he/she gets famous quickly and tons of scheduled performances are booked fast.

For example, Lim’s concerts were already sold out. Cho Seong-jin, a winner of the Chopin Piano International Competition, has concerts scheduled for the next three years. Even though classical music is rooted in Western culture, Asian musicians have recently been getting a lot of attention. In particular, Korean musicians have gotten the most prizes in international competitions. I was curious about why Korean musicians are getting the spotlight this time around.

The first factor that helps Korean musicians stand out is their ethnicity. For generations, Koreans have appreciated dancing and singing because Koreans are emotional. Music has always been a way to express Korean people’s feelings. Today, Koreans use European instruments to express these emotions. Jealousy is another characteristic Koreans are familiar with. There is a saying, “Turn green with envy,” which means that people are not happy because someone else has something they want. If one child wins the competition, most children want to win as well. To be winners, they compete against each other. Over time, they started to enjoy competing. And as a result, they improved their skills and played better.

The second factor is “han,” a word referring to a feeling of deep sorrow. Historically, my motherland had a difficult time from external invasions. To protect their country, Koreans stuck together in their sorrows. This feeling became “han” to Koreans. “Han” is a special emotion that no other emotion can match, and it has the power to move many hearts and souls. This is the reason why musicians from Korea are so musically gifted.

The third factor is parental support. Korean parents are devoted to their children. It might be from Confucianism or parents’ high expectations on their kids to live better. Korean parents work extremely hard to support their children economically. To make the best environment for their kids, some parents move to Europe or the United States. Some families live separately (the father lives in Korea to work while the mother lives in the United States or Europe to take care of the kids). Thanks to such devotion, children spend lots of time practicing their instrument because they know how much their parents sacrificed for them. Parents follow their kids wherever they go. For this reason, some kids may not be as independent as they should be. But they are not distracted by any outside force, because their parents are paying close attention nearby. This kind of parental support gives their children stability to pursue higher goals.

The fourth factor is nonstop practicing. To learn and master techniques, the pupils train extensively (usually five-10 hours per day). As a result, their muscles are well-formed. They are extremely well-trained from year one. This is exactly why Koreans get good results in many international competitions.

The last factor is government policy. At the end of the 20th century, the government decided to become a cultural powerhouse by expanding and spreading Korean culture around the world. It was on the basis of this idea that they created the Korea National University of Arts. The school created an environment where students can focus on music. Also, the school has a separate prep school for musically talented young students. They are trained rigorously by famous musicians in Korea.

These factors, in my personal opinion, may explain why Korean musicians gain the spotlight on the international stage. I support all our students who are practicing hard every day to become well-recognized musicians in the world. I recommend listening to Rachmaninoff Piano Concerto No. 3 performed by Lim Yun-chan. Because of him, I decided to write about this topic. This is the music that got him the first prize in the Van Cliburn International Piano Competition. His playing was very organized and well-prepared, musically and technically. When he played this in the final round, the conductor had to wipe away her tears. If you have enough time, please listen to the whole movement. However, if you don’t, please check out at least the last movement.

By Lee In-hyun
Lee In-hyun is a classical pianist and author of the award-winning book, “The Classic Class.” Lee works both in South Korea and the United States, and currently resides in Los Angeles. She can be reached at inhyun@bu.edu. -- Ed.