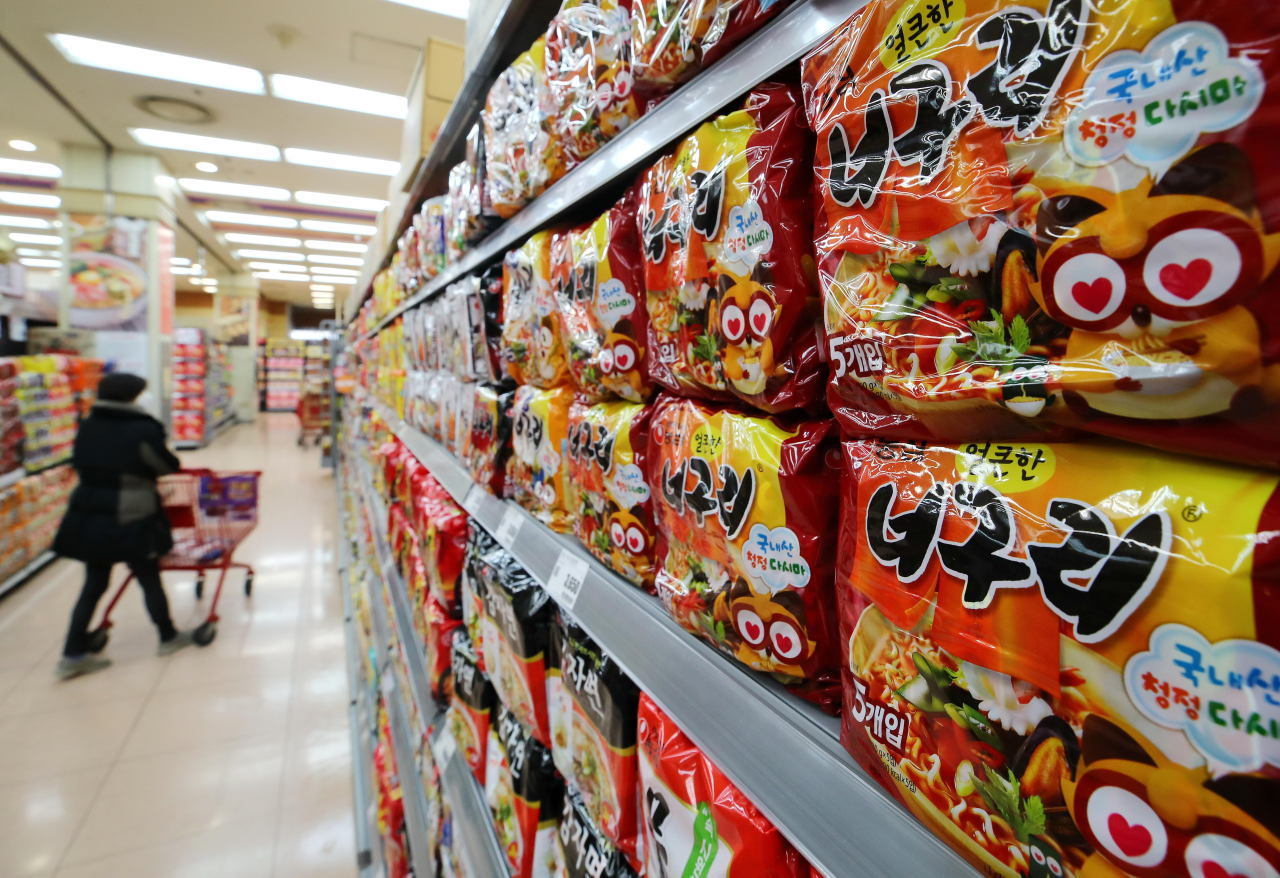 South Korea's exports of instant noodles hit a fresh all-time high in the first half on the increasing popularity of Korean pop culture and a rise in demand for home-cooked food amid the pandemic, data showed Sunday.

Exports of instant noodles, or "ramyeon" in Korean, came to $383.4 million in the January-June period, according to the data from the food industry and the Korea Customs Service.

The amount was up 19.9 percent from the same period a year earlier when ramyeon exports rose to a record-high $319.69 million.

The rise is attributed to the growing popularity of K-culture and a rise in demand for food that can be easily cooked at home amid anti-pandemic curbs on public gatherings.

Ramyeon exports have been on the rise since 2015, with their growth gaining speed since the outbreak of the coronavirus pandemic that led to a rise in demand for easily cooked food.

In the first half of 2020 when coronavirus infections quickened, exports of ramyeon spiked 37.4 percent from a year earlier.

"Demand for K-food has been on a steady rise thanks to K-content," a food industry official said. "A growing number of large-scale retailers in foreign countries are dealing with Korean ramyeon."

China was the largest market for ramyeon in the first half, with $91.91 million worth of products sold there.

The United States and Japan followed with instant noodles exports standing at $47.86 million and $30.32 million, respectively, the data showed. (Yonhap)