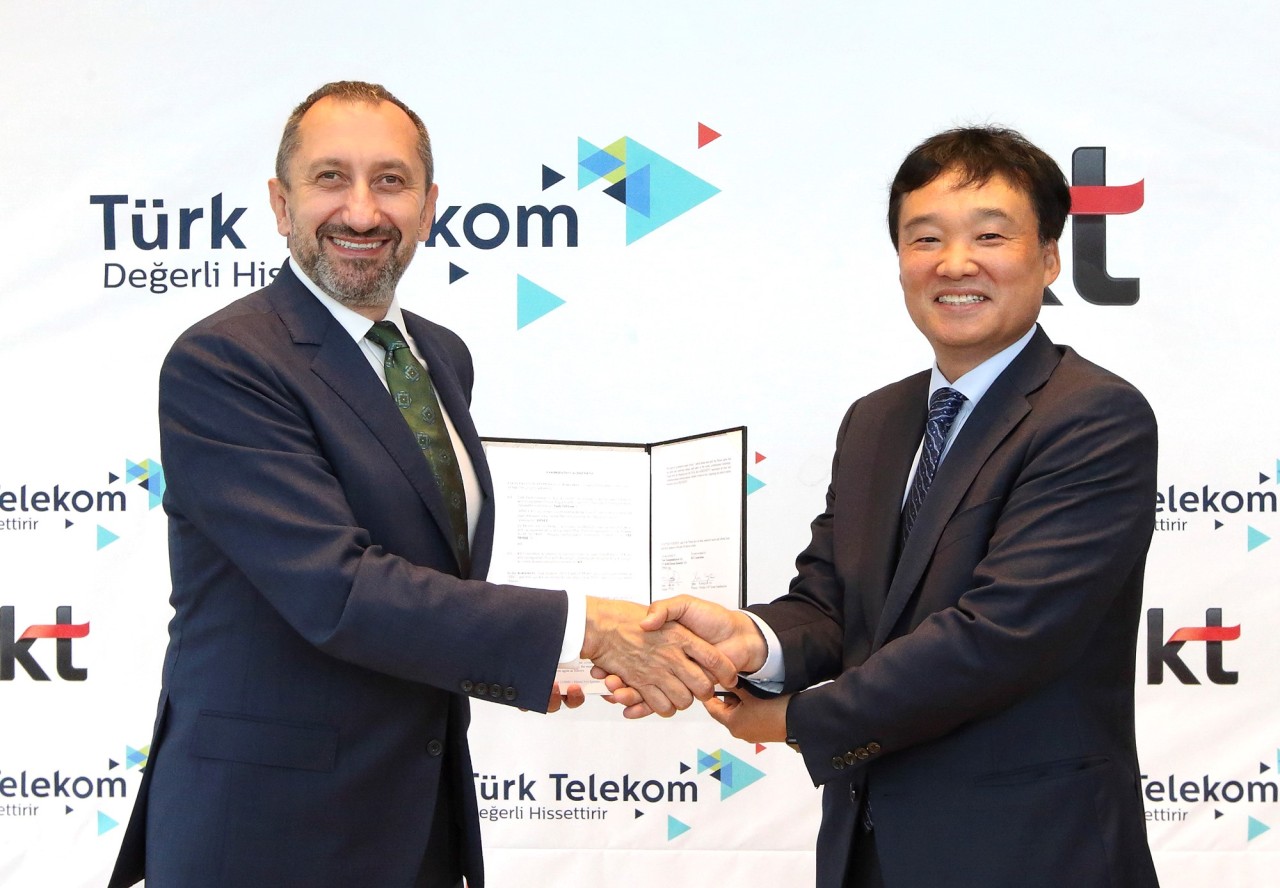 This is a follow-up to the nonbinding memorandum of understanding for cooperation between the two companies at the Mobile World Congress in March.

According to KT, the new deal will give users of Turk Telekom‘s internet protocol television services and streaming services a greater access to Korean media content, provided by KT. The agreement also signals room for further bilateral media content exchange and joint effort to create new media content, depending on Turkish users’ response.

Moreover, KT agreed to supply its private wireless network technology to set up an enterprise network for Turk Telekom by 2023. The private network infrastructure is expected to help enterprise or government clients enjoy wireless networks with faster speeds, lower latency and enhanced security.

The two companies will also join hands to invest in startups so that the solutions provided by the investee startups can be applied to both companies’ services.

“We are embarking on a long journey with KT to push for a research project in the field of 5G, invest in startups with outstanding technology prowess and add K-content to Turk Telekom’s TV platforms,” Onal said in a statement.

The two companies have a history of mutual collaboration. In 2016, KT agreed to supply solutions to Turk Telekom with its “GiGA LTE” service, which combines KT‘s three-carrier aggregation 4G network with its Wi-Fi to operate as a single network. The technology boasted an internet speed of up to 1 gigabit-per-second and was branded as 4.5G network.