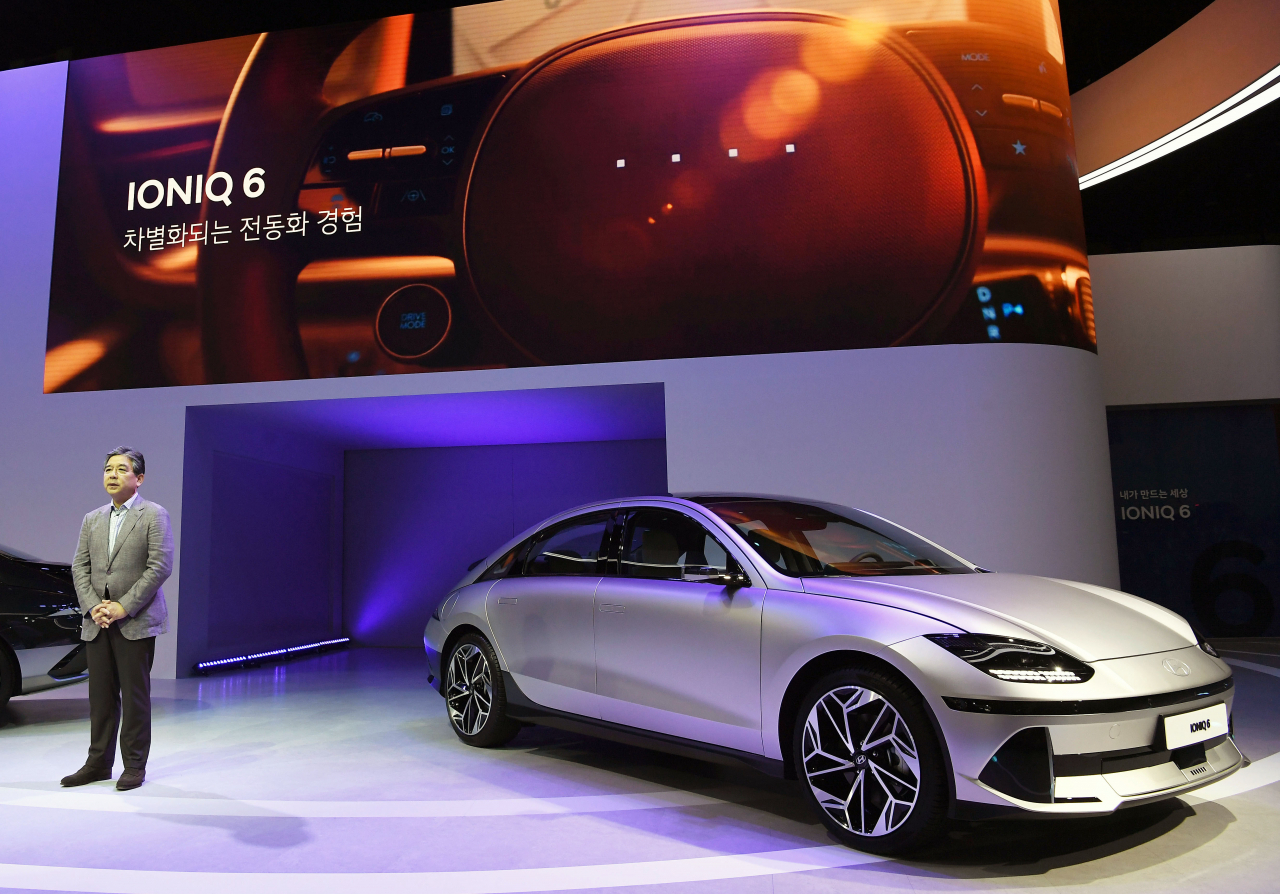 The Ioniq 6, a new electric sedan of Hyundai Motor Co., is unveiled at the Busan International Motor Show 2022 at BEXCO in the country's largest port city on July 14. Hyundai and five other carmakers -- Kia, Genesis, BMW, MINI and Rolls Royce -- attended the event. (Yonhap)

Hyundai Motor Co. and its sister automaker Kia Corp. saw their combined exports of eco-friendly vehicles exceed 200,000 for the first time in the first half of this year, industry data showed Sunday.

During the January-June period, the two giant carmakers in South Korea sold a combined 224,672 electric, hybrid and plug-in hybrid vehicles overseas, up 30.6 percent from a year earlier, according to the data from the Korea Automobile Manufacturers Association (KAMA).

Market watchers expect that their green car sales this year could hover around 400,000 if the current trend continues.

Hyundai Motor exported 116,770 green cars during the first half, up 22.1 percent from a year earlier, while Kia's overseas sales of green cars also jumped 42.3 percent over the same period to 107,902 units, the data showed.

Hyundai Motor and Kia have ramped up efforts to produce green cars in line with the global drive toward eco-friendly and emission-zero vehicles.