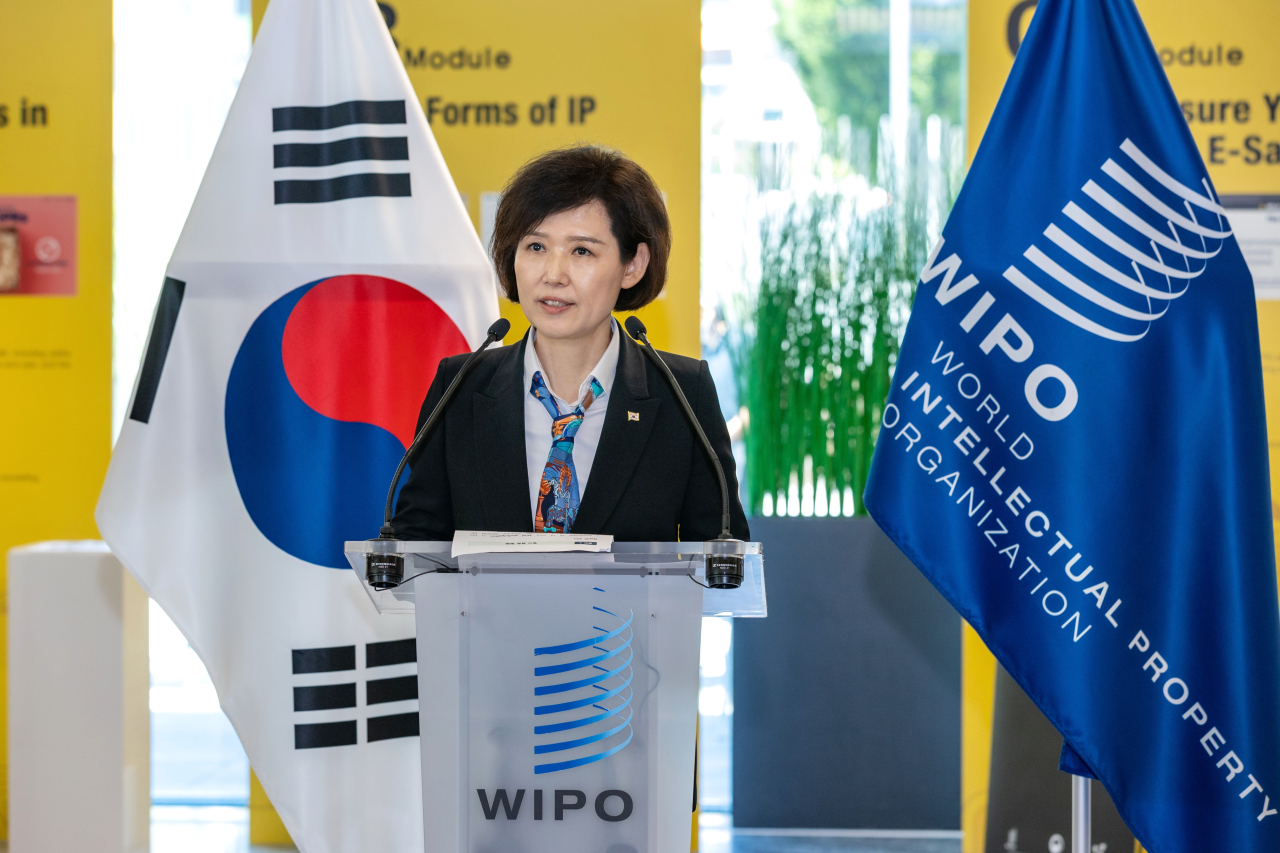 KIPO Commissioner Lee Insil gives a welcoming speech at a KIPO-hosted side event at the WIPO General Assembly on July 13 in Geneva. (KIPO)

Starting Sept. 1, the patent examination process for South Korean companies in France will become more streamlined, according to the Korea Intellectual Property Office.

KIPO chief Lee Insil on July 14 signed a memorandum of understanding with her French counterpart, Pascal Faure, along the sidelines of the 63rd World Intellectual Property Organization General Assembly, held in Geneva, Switzerland between July 13 and 15, the office said Thursday.

Under the deal, the two countries will establish a Patent Prosecution Highway (PPH) which will allow patent seekers to use the application results from one country to advance the clock on the screening process in another.

France’s National Institute of Industrial Property became the 37th institution to implement a PPH system with South Korea, according to KIPO.

The memorandum also included cooperation schemes to strengthen both countries’ patent screening processes. South Korea and France have agreed to share evaluation results on prior technologies on mutual inventions. KIPO said it hopes this exchange of information would enhance local patent examiners’ abilities by obtaining secondary experiences and know-hows.

Lee also held meetings with representatives from 11 other countries during the conference, signing agreements with the United Kingdom, Mongolia, Canada, Chile, Mexico and Indonesia.

The UK, Mongolia, Canada and Chile each signed comprehensive cooperation plans with Korea, while Mexico and Indonesia agreed on implementing a PPH with Korea, along with a program that mutually recognizes patents issued in each country.

“In accordance with South Korea’s elevated status, we will continue to aid less developed countries achieve sustainable growth, while expanding our international cooperation projects to support Korean businesses that are active in foreign markets,” Lee added.