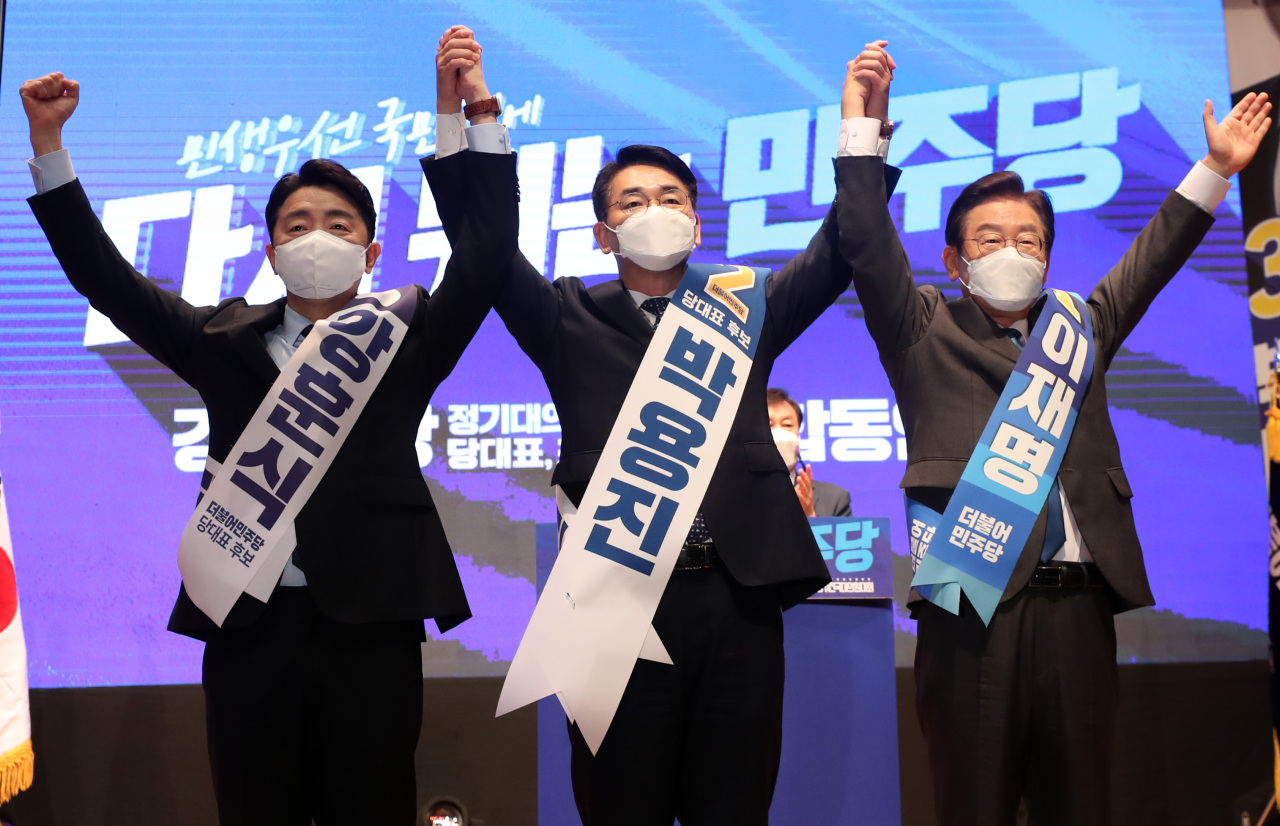 Three candidates are running for the chairmanship, with former presidential candidate Lee Jae-myung far ahead of his rivals, Kang Hoon-sik and Park Yong-jin, in various polls.

Eight others are competing in a separate race to join the Supreme Council.

The contenders held their first joint speech session in the northeastern city of Wonju, Gangwon Province, in the morning, marking the start of a series of voting by regional party members.

The second session will be held in the afternoon in the southeastern city of Daegu, where the results of voting in Gangwon, Daegu and North Gyeongsang Province will be announced.

On Sunday, voting will be held in the southern island of Jeju and the western port city of Incheon.

The next chairman and members of the leadership council will be elected at the national convention in Seoul on Aug. 28. (Yonhap)