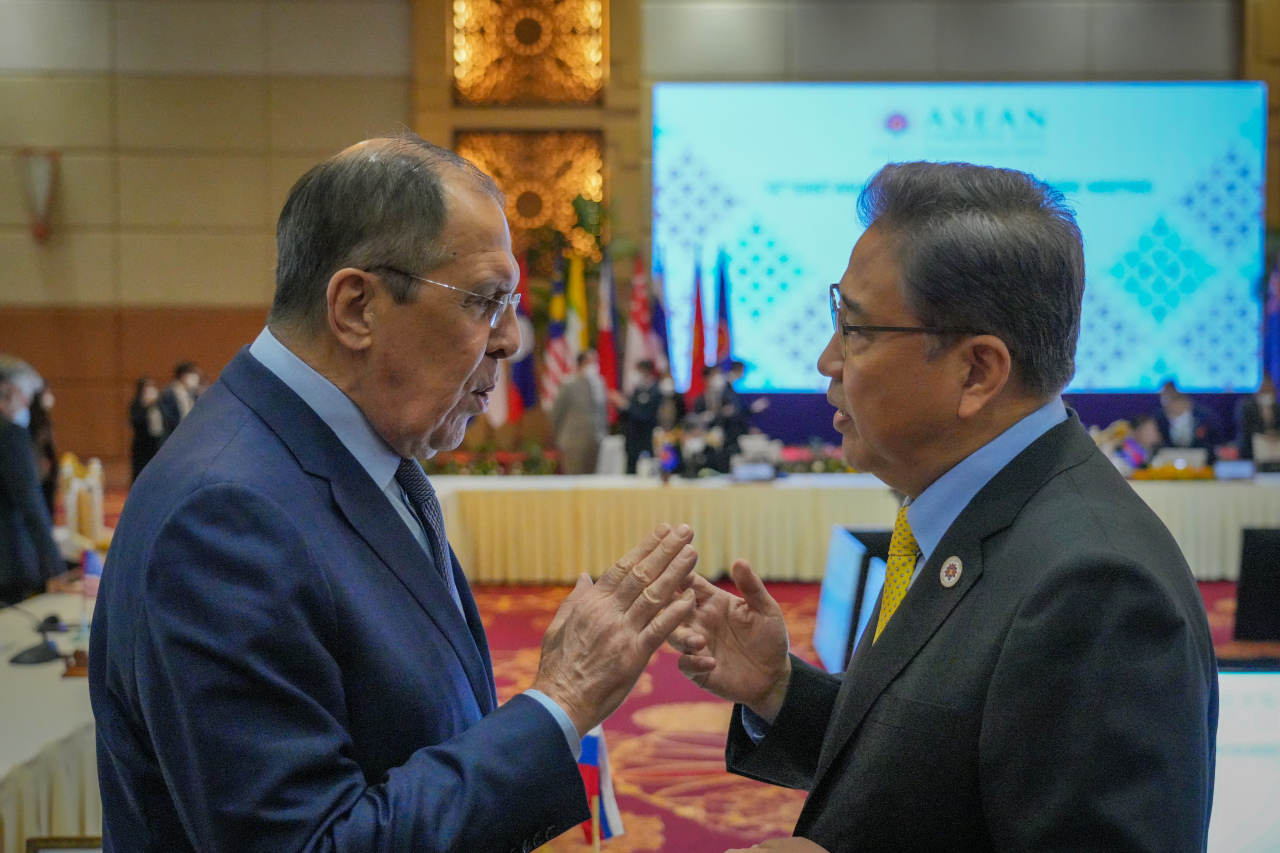 At their greeting, Park expressed his concerns over escalating tension on the Korean Peninsula, stemming from Pyongyang’s preparation of what would be its seventh nuclear test.

Lavrov responded that Russia is closely watching North Korea’s nuclear development via satellite and other means.

So far, North Korea has launched an unprecedented 31 missiles this year, which include multiple intercontinental ballistic missiles. The reclusive regime is also seen to be prepared to carry out what would be its seventh nuclear test since its last one in September 2017.

At the meeting, Park also told Lavrov he wishes for peace in Ukraine and for the bilateral relations of Korea and Russia to normalize soon. He also asked for Russia’s care for Korean nationals living in Russia and Korean businesses there.

Friday’s meeting is the second time the ministers have met since Park took office in May. They first met last month at the Group of 20 foreign ministers’ meeting in Indonesia.

The ministers sat next to each other, as seating was arranged by alphabetical order of countries’ official names. Since South Korea’s official name is the Republic of Korea, its

seat was next to Russia’s.

Park also participated in the annual ASEAN Regional Forum later in the day.