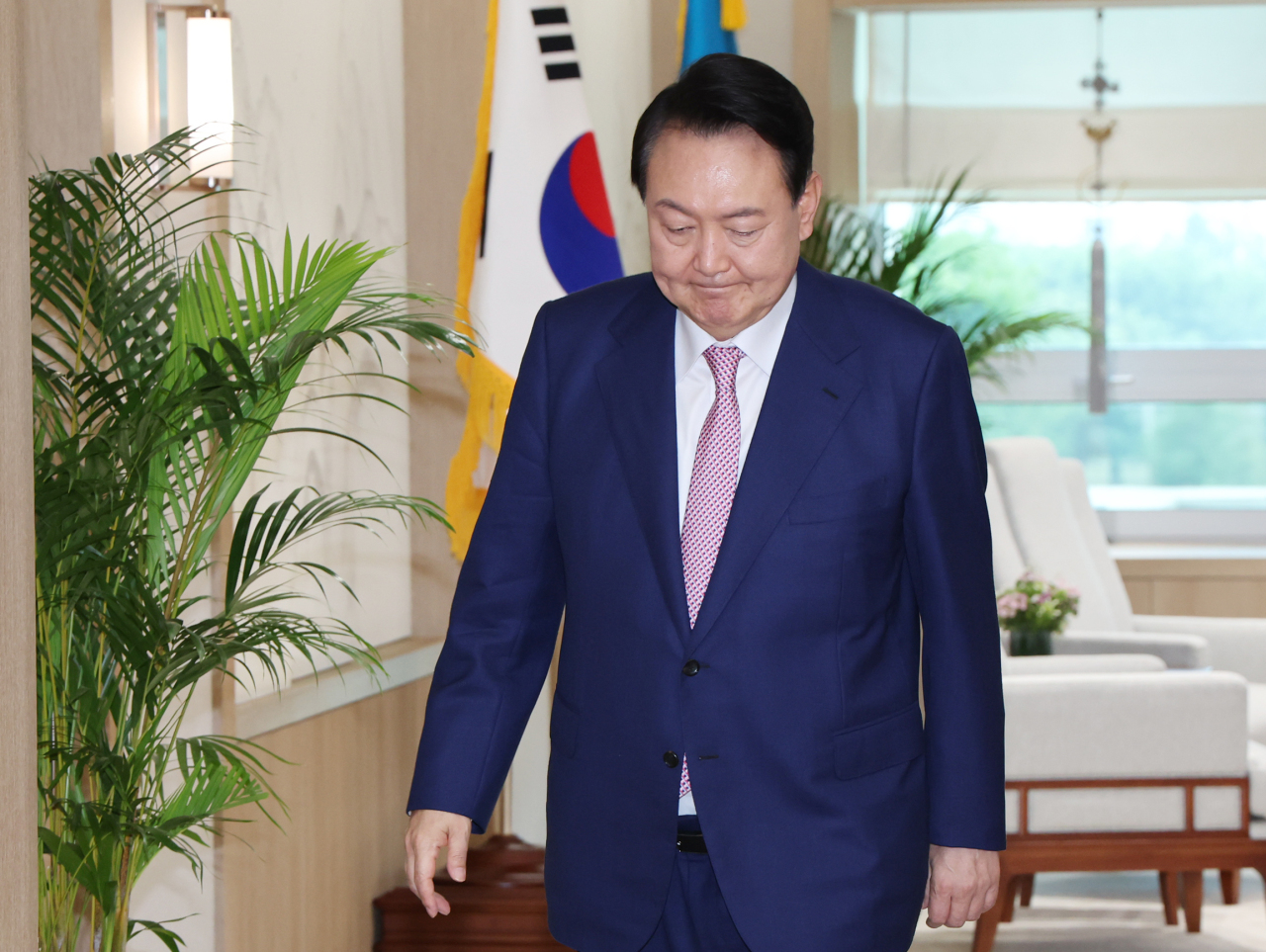 According to a Gallup Korea poll, Yoon’s approval rating came in at 24 percent in the first week of August, compared to 66 percent of respondents who negatively assessed his performance as president.

In response, a high-level presidential official said that the administration will strive to fill in areas that may have fallen short of the public’s expectations.

“(The presidential office) will assess the public sentiment, and if there are shortfalls, (the administration) will fill in those areas,” the official said on condition of anonymity.

The official added that opinion polls are “important data and index” for assessing public sentiment towards the administration.

The statement from the official is in stark contrast to Yoon’s earlier statement that poll results “don’t have much significance.” Yoon had made the comment in early July, when negative assessment of his performance overtook positive assessment for the first time.

Yoon’s sliding ratings are seen to have been fueled by a number of developments, including the ongoing strife within the ruling People Power Party and repeated backtracking on high-profile policies.