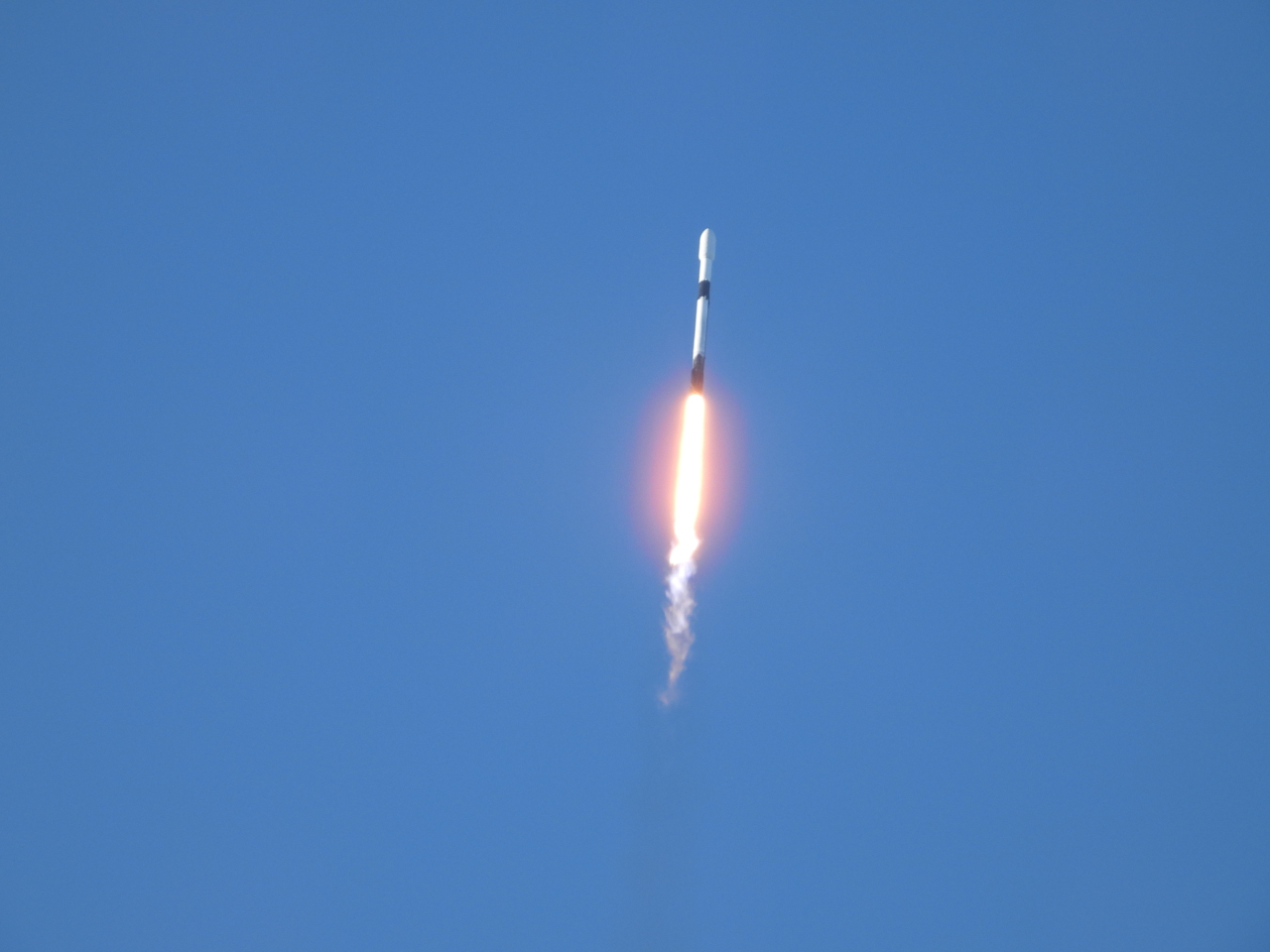 The Korea Aerospace Research Institute confirmed from its ground control station that Danuri successfully separated from the projectile and reached the target ballistic lunar transfer orbit, the ministry said.

Danuri separated from the SpaceX Falcon rocket at around 8:48 a.m. when it reached an altitude of around 703 kilometers.

At 9:40 a.m., about 90 minutes after takeoff, the Korea Pathfinder Lunar Orbiter made its first communication with US NASA’s Deep Space Network antenna in Canberra, Australia.

Based on the satellite information received from Danuri, KARI said Danuri is operating normally with its solar panels beginning to generate power, the devices, including on-board computers, are communicating smoothly and the temperature of all devices are within the standard range.

To minimize fuel consumption, Danuri will be heading toward a gravitationally stable location. Once it reaches that point on Sept. 2, Danuri will use its thruster to adjust its direction.

The journey to the moon is expected to take 4 1/2 months. If Danuri successfully lands in the target orbit by the end of this year, South Korea will become the seventh country in the world to have explored the moon after China, India, Japan, Russia, the UK and the US.

Danuri’s dry mass comes to 418 kilograms and is about 2 meters in length, height and width when all parts are folded.

The launch of Danuri had initially been planned for Tuesday but was delayed after SpaceX found that it needed to carry out additional checkups on one of the engine sensors.

The objectives of Danuri include identifying potential landing sites for Korea’s future lunar missions, testing interplanetary internet communication, conducting scientific investigations of the environment, topography and resources on the moon and probing the dark side of the moon.

“Sending orbiters into space, not with economic and security purposes, means that the country has become more advanced enough to invest in basic science. Korea has come close to a developed country that can go into space with a comprehensive purpose of expanding human knowledge,” said a researcher from the Science and Technology Policy Institute.