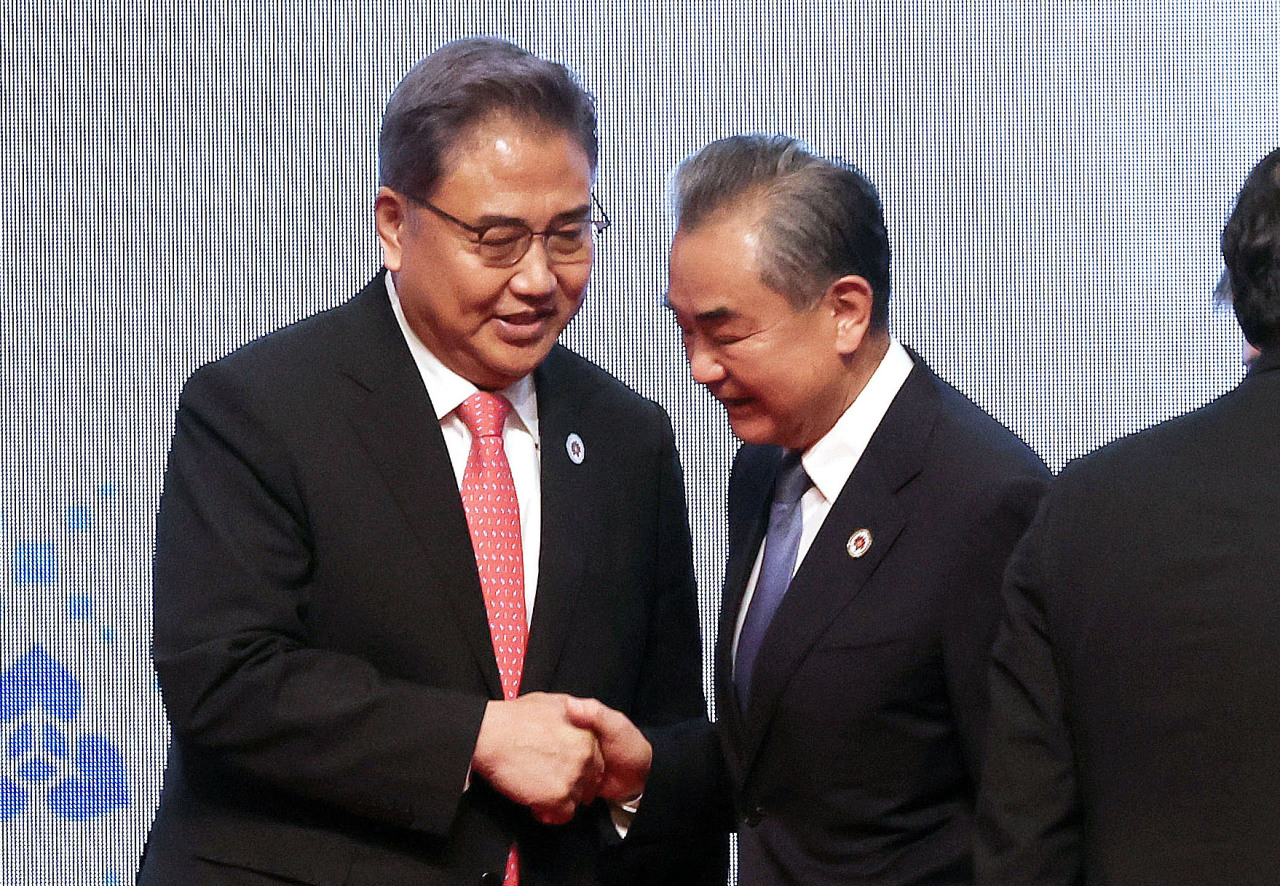 Park will be traveling to Qingdao, Shandong province, from Monday to Wednesday, according to the Foreign Ministry. The trip has been coordinated upon an invitation from the Chinese foreign minister.

In their planned talks, Park and Wang are expected to discuss ways to develop bilateral ties, which the two countries formally established 30 years ago this month. They are also expected to discuss the security situation on the Korean Peninsula and other international issues.

While bilateral talks between top officials would usually take place in the capital city of Beijing, Qingdao was chosen for the meeting due to the strict quarantine measures.

With tensions running high between China and the United States over the controversial visit of US House Speaker Nancy Pelosi to Taiwan, eyes are on how Park and Wang may address the issue in their talks.

While the Yoon Suk-yeol administration has openly made efforts to bolster their alliance with the US, it has refrained from commenting on the recent dispute over Taiwan and Pelosi’s visit to the self-governed island.

At the same time, they are also expected to discuss South Korea’s entry into a series of US-led initiatives, such as the Indo-Pacific Economic Framework, and the so-called Chip 4, a semiconductor dialogue Washington proposed Seoul to join.

Park’s trip to China comes a month after the two diplomats met in person for the first time at the G-20 Foreign Ministers’ meeting on July 7. They also met in the ASEAN Foreign Minister Meeting in Phnom Penh, Cambodia, from Thursday to Friday.