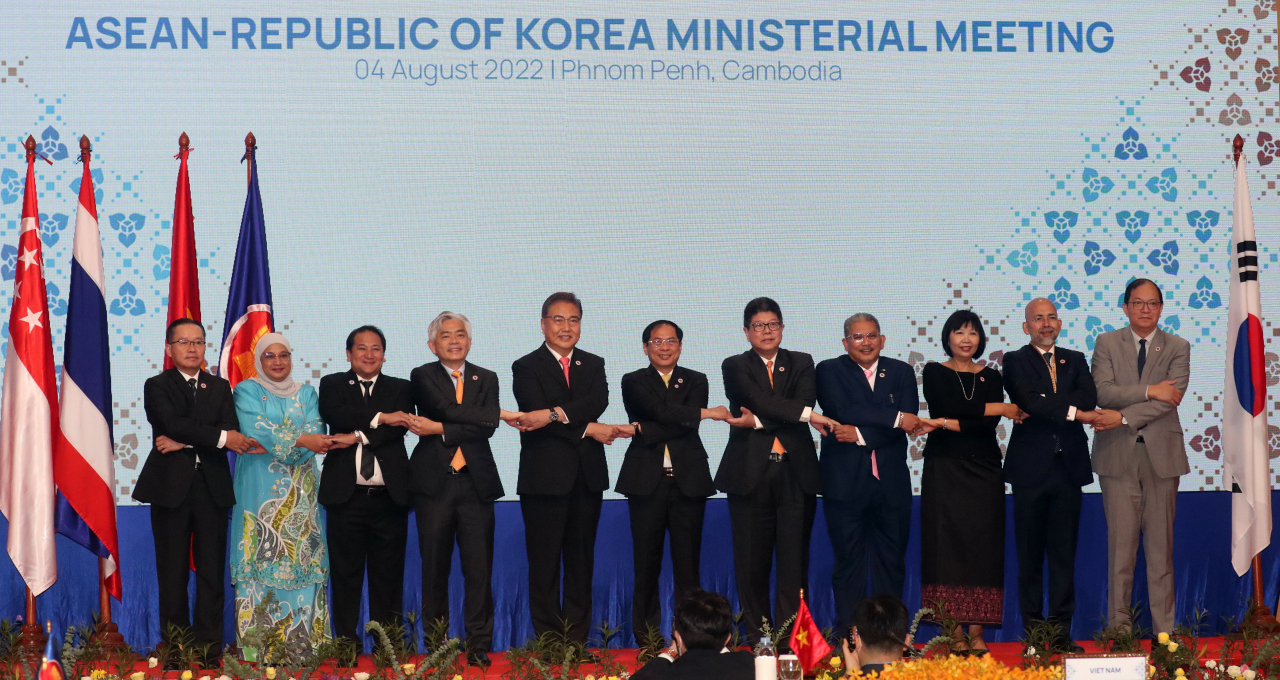 “Our government is committed to ROK playing a more active role as a pivotal global state which contributes to freedom, peace and prosperity in the Indo-Pacific region and beyond,” Park said in his opening speech at the Korea-ASEAN foreign ministerial meeting, referring to South Korea by the acronym of its official name, Republic of Korea.

“In this regard, ASEAN, which is at the heart of the Indo-Pacific region, will naturally become the centerpiece of ROK’s new initiative.”

Park said South Korea will foster greater solidarity with ASEAN and seek to advance ties for mutual benefits and for “future-oriented cooperation anchored in the principles of the AOIP that is inclusive, open and rules-based and grounded on respect for ASEAN Centrality.”

AOIP is ASEAN Outlook on the Indo-Pacific, a cooperative commitment the ASEAN countries adopted in affirmation of ASEAN-centered regional architecture.

“The ROK will also strengthen strategic dialogue with ASEAN to address the common challenges in our region.”

Park also said that Seoul’s drive to strengthen ties with the concerned nations will “move beyond the focus on economy to strengthen strategic ties.”

During the foreign ministers’ meeting, the top diplomats agreed on the need to increase their strategic communication for peace in the Indo-Pacific region, where the strategic environment is rapidly changing, according to Seoul’s Foreign Ministry.

As the global economy is experiencing growing uncertainty with the COVID-19 pandemic and Russia’s invasion of Ukraine, the Korean foreign minister also stressed the importance of cooperation to secure stable supply chains and strengthen exchange via multiple economic initiatives, including the Korea-ASEAN Free Trade Agreement and Regional Comprehensive Economic Partnership.

Park also encouraged joint efforts to develop the Indo-Pacific Economic Framework, a US-led regional initiative, into a cooperative entity that can bring tangible economic growth to the region. South Korea joined the initiative as a founding member with seven ASEAN countries, including Singapore, Indonesia and Thailand. A total of 13 countries joined the initiative on its launch in May.

During the ASEAN meeting, the ministers also exchanged opinions on global security, Russia’s invasion of Ukraine and the South China Sea dispute.

Park explained Seoul’s assessment of the situation on the Korean Peninsula and how Pyongyang has test-fired an unprecedented number of ballistic missiles this year – a total of 31.

In dealing with North Korea’s nuclear program, South Korea will take a “flexible” approach and keep the door open for dialogue, Park said.

At the same time, he requested support from the ASEAN countries, as Seoul will work to deter Pyongyang’s nuclear threats and put a halt to the development of nuclear weapons for complete denuclearization of the North.

During the ASEAN Plus Three meeting, an expanded gathering, Park sat down with the top diplomats of ASEAN countries and also Japan and China to discuss world challenges, of economic recovery after the COVID-19 pandemic and medical cooperation.

While the three East Asian countries stand at odds with one another on a series of lingering issues -- largely on their shared history and territorial sovereignty -- it was the first time in three years for the foreign ministers to come together for an in-person meeting.

According to Seoul’s Foreign Ministry, Park suggested the three countries resume an annual trilateral summit, which was last held in 2019 in China.

“It has become more important to maintain free and open international order based in law.”

Chinese Foreign Minister Wang Yi said the global landscape is changing fast, and that the “10+3 (ASEAN+3) mechanism” is faced with unprecedented challenges and opportunities. 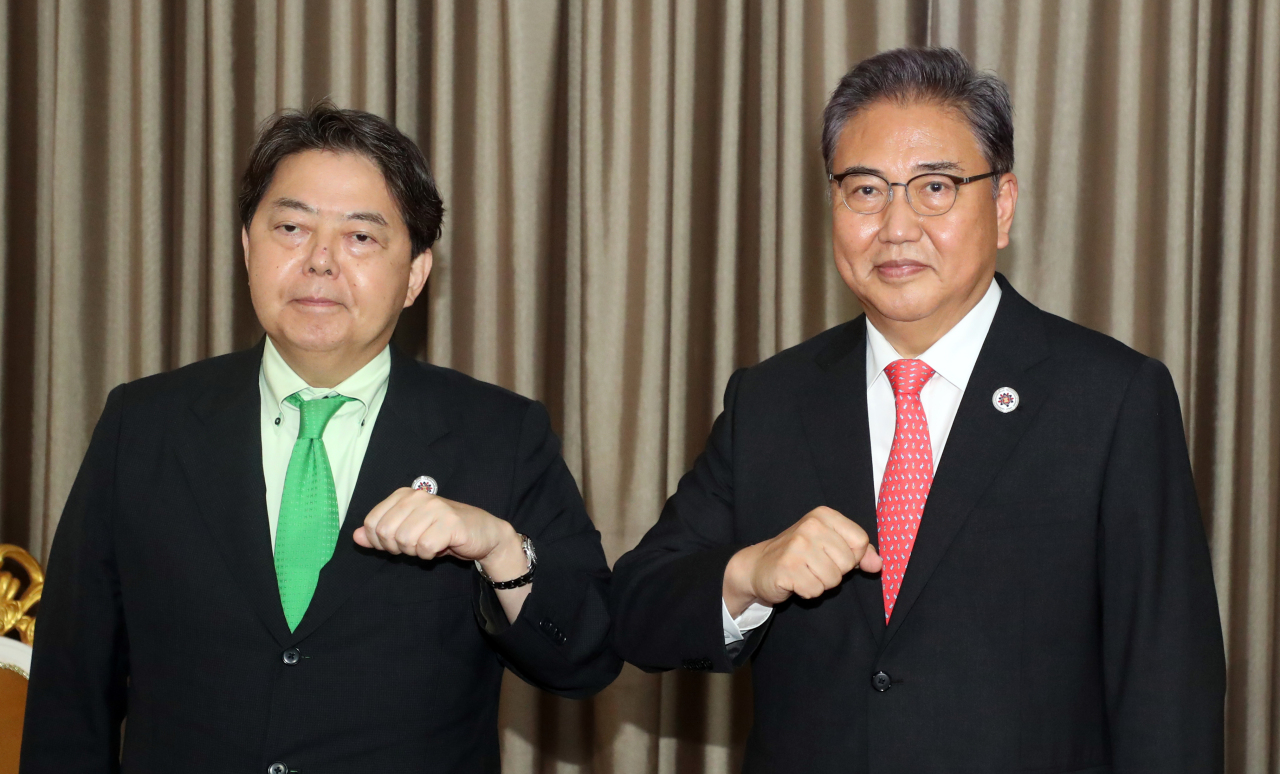 On the sidelines of the ASEAN meetings, Park held a bilateral talks with Hayashi, the Japanese foreign minister, which lasted for about 30 minutes.

It was the second time the two top diplomats met one-on-one since Park was inaugurated in May.

With their meeting coming at a time when the two countries are struggling to mend ties over a historical dispute, they exchanged opinions on having future-oriented relations, according to Park.

“Even though it was a short time, we were able to sincerely exchange our opinions on how the two countries should face the (shared history) and on ways to develop a future-oriented ties, and also of our common interests,” Park said after the meeting.

On Friday, Park will attend the East Asia Summit and ASEAN Regional Forum of which is the only multilateral security conference North Korea regularly attends. This year, Pyongyang is reportedly sending An Kwang-il, ambassador to Indonesia, and also ambassador to ASEAN.