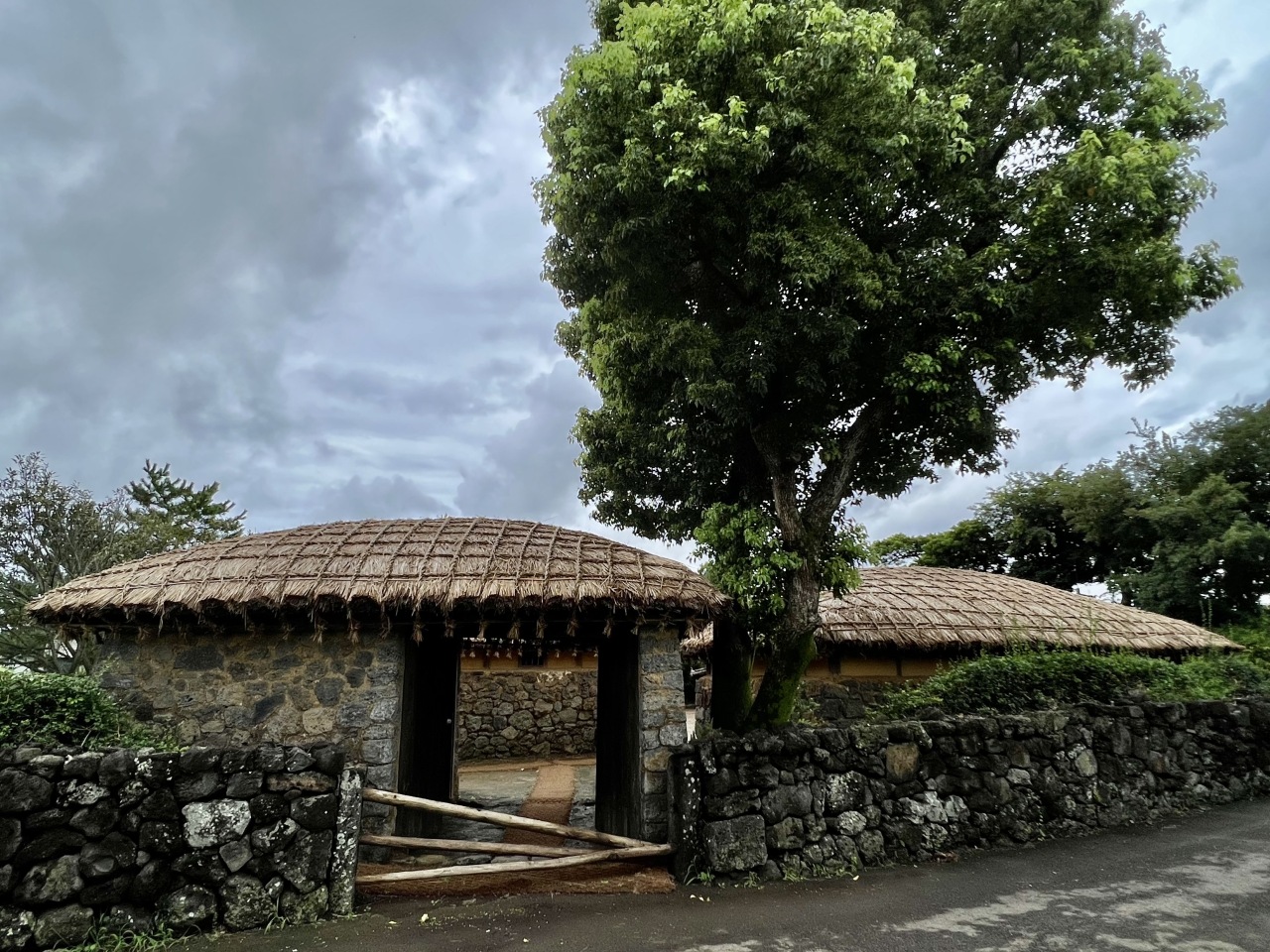 Chusa’s house in exile on Jeju Island (Jang Ji-young)
It was devastating for Kim Jung-hui (1786-1856), a member of the royal family born into the prestigious Gyeongju Kim clan, to be imprisoned inside a shabby house with a thorn fence on a remote island as punishment. Exiled to Moseulpo in the southwestern part of Jeju Island, he suffered from chronic illnesses and loneliness for over eight years. In reading and writing, his sole pleasures, he found the strength to endure his pain. Ironically, his distinctive calligraphy style called “Chusache” and his painting “Sehando,” National Treasure No. 180, were completed at this time, the most difficult time of his life.

Kim was an art theoretician, a calligrapher, a painter and an epigrapher who is seen as the most important figure in 19th-century Korean art. Kim sublimated a life of adversity into art, leaving behind many works ranging from calligraphy and drawings to books. There are more than 3,000 disciples, from the aristocratic “yangban” class to the technocrat class of “jungin.” Kim interacted with people of various social classes who followed him and was willing to befriend them and take them in as disciples. This was very unconventional in hierarchical Joseon society. 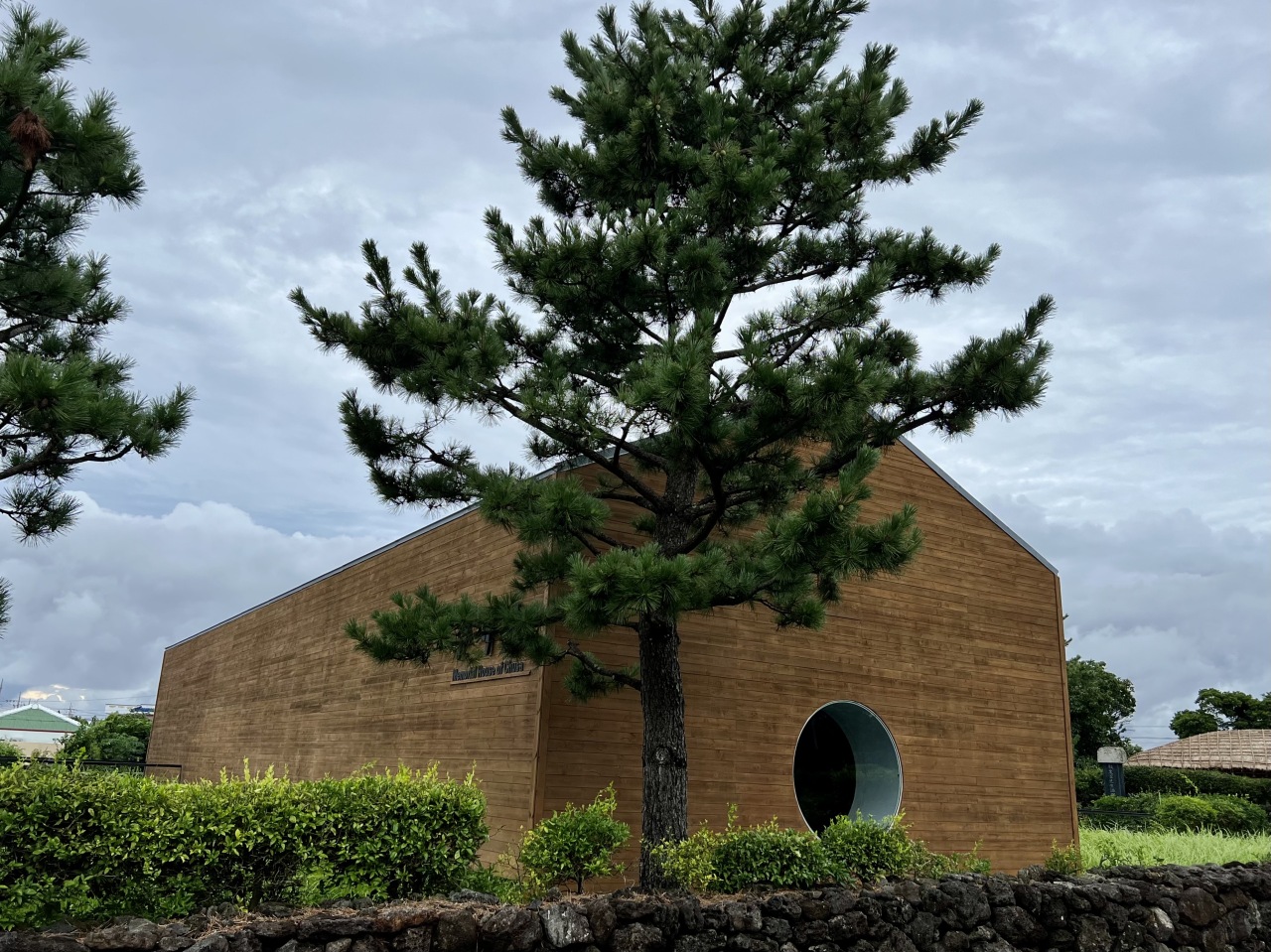 Jeju Memorial House of Chusa on Jeju Island (Jang Ji-young)
In his youth, Kim lacked the virtue of tolerance. Kim’s excessive pride and prejudice based on the knowledge and experiences that he had already acquired caused people around to frown upon him. He argued over right and wrong in every case. When an academic debate arose, he showed off his knowledge of the Qing Dynasty and ignored Joseon scholars, citing original Chinese editions. He had nothing to fear and was on his way up until he was exiled to Jeju Island in 1840 after being embroiled in political strife.

Kim’s perspective on life began to change after he lost everything. Down and out, Kim was able to look back on his former life and his faults. The longer he lived in exile, the more loneliness he felt. Kim painted “Sehando” and gave it to his pupil, Yi Sang-jeok, who supplied him in his years of exile with rare books he obtained on his trips to Beijing as an expression of his gratitude. 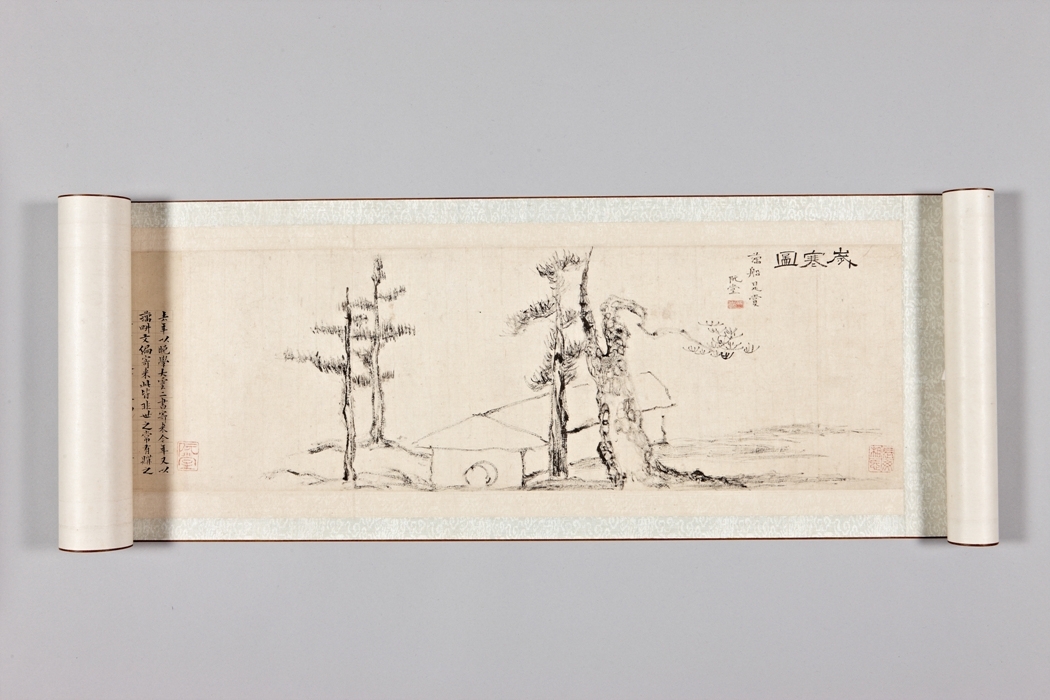 “Sehando” by Chusa Kim Jung-hui, National Treasure No. 180 (National Museum of Korea)
“Sehan” means the cold winter and, at the same time, Kim’s difficult situation simultaneously. “It is only after the winter comes that we know the pine tree stays green,” Confucius said. At last, Kim realized that his adversity would be the path to the truth and wanted to tell the story of a life with reflection through his work.

Thus, the implications of his works are more important than the techniques employed. Kim‘s artistic techniques are highly appreciated, but he always emphasized becoming cultured while reading books and the importance of continued studies if an artist really wishes to achieve authenticity.

Finally, Kim was recognized as a master who achieved the pinnacle of both learning and art. His life experiences, including reflections on his failures, are contained in his works. Kim tried not to despair, but when he did, he continued to work in despair.

In 2010, a memorial hall dedicated to Kim‘s life was completed by acclaimed architect Seung Hyo-sang next to Kim Jung-hui’s house of exile on Jeju Island. Compared to Chusa House in his hometown of Yesan, South Chungcheong Province, where he, a member of the royal family, spent his childhood practicing arts, the memorial hall shows us a glimpse of the hardships and reflections of Kim as an artist in exile. Visitors can follow the agony of a remarkable realist scholar who tried to overcome failures without giving up.