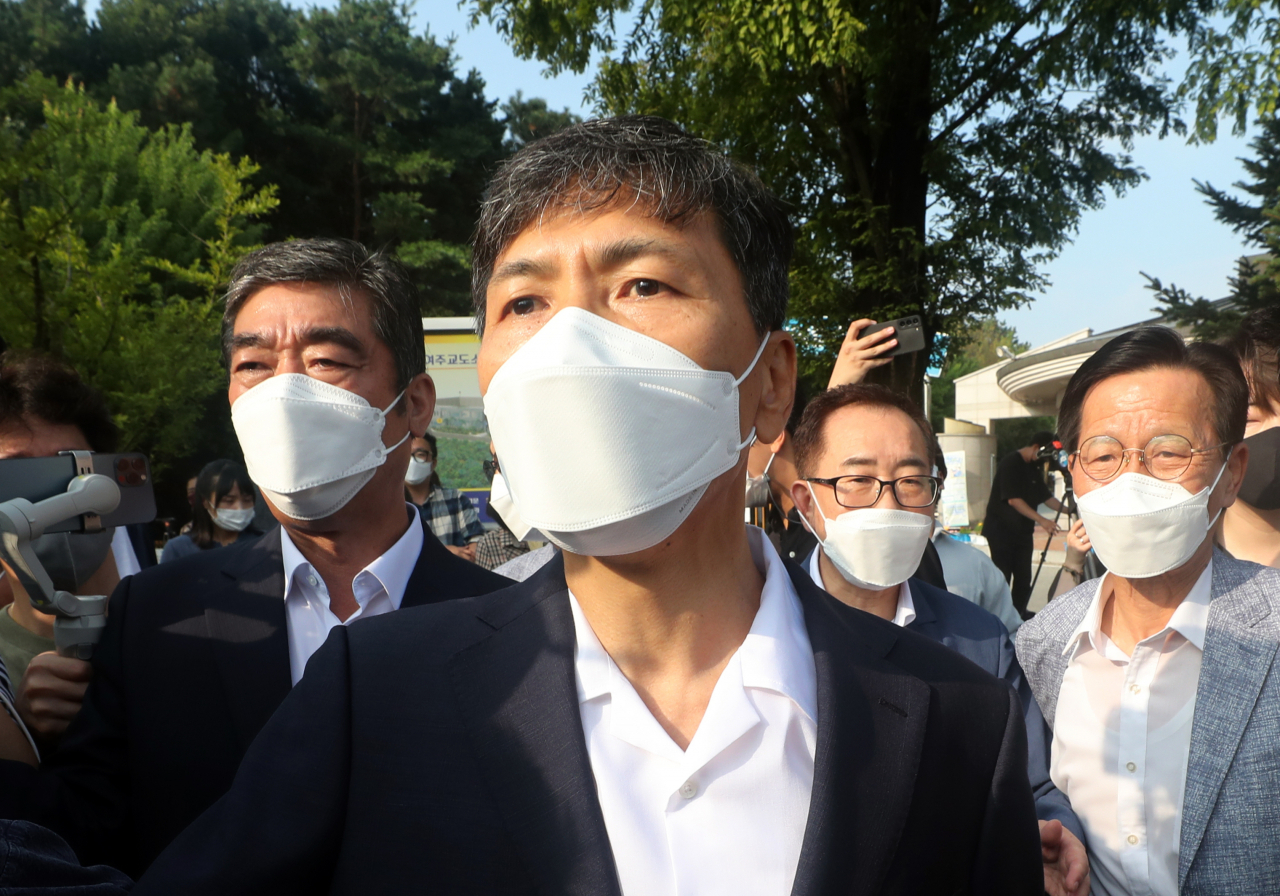 Former South Chungcheong Province Governor An Hee-jung was discharged from prison Thursday after completing a 3 1/2-year prison term for sexually abusing a female secretary who worked for him.

An, 58, did not respond to questions from reporters as he boarded a vehicle outside the Yeoju Correctional Institution in Gyeonggi Province around 7:55 a.m.

Once deemed a powerful presidential candidate of the Democratic Party, An stepped down as South Chungcheong governor in 2018 over accusations that he forced a female secretary to have sex with him several times between July 2017 and February the next year.

The Supreme Court finalized the 3 1/2-year prison sentence for An in September 2019.

An is prohibited from running for an official post for the next 10 years under the Public Official Election Act. (Yonhap)