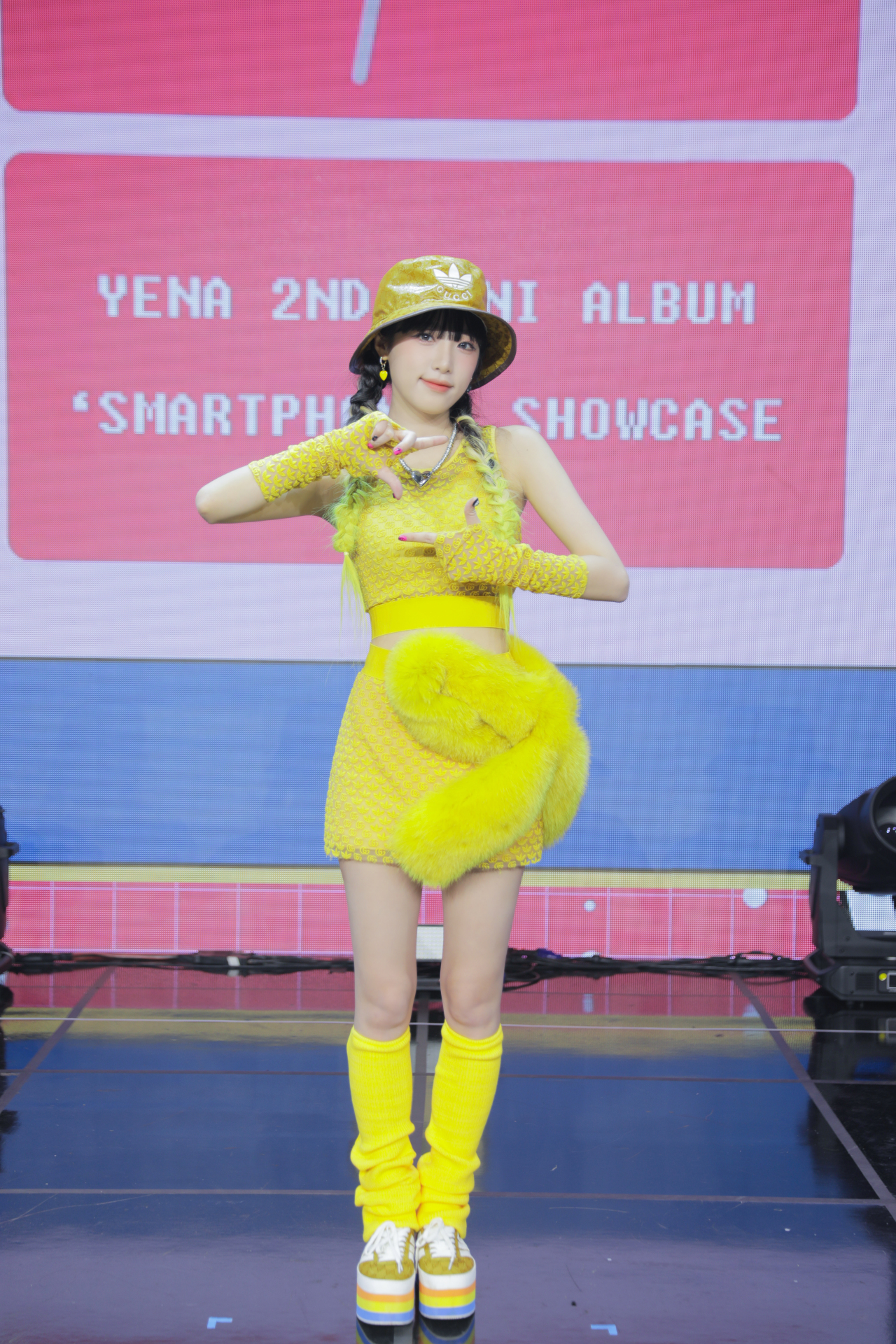 This marks the soloist‘s return, nearly seven months since she released her first EP, “Smiley,” in January.

During Wednesday’s press conference, Choi said the theme of her new album is “upgrading.” The singer said she is back with new songs that have improved in sound, reflecting the “upgrading” theme of the album.

“It‘s going to be an album that will fill listeners with joy and energy,” the singer confidently claimed.

The album’s title track interweaves energetic drumbeats and electronic bass sounds. It is a song about how smartphones have become an inseparable part of people‘s daily lives in society.

The energetic beats are just what fans need during the hot summer, and the singer backs them up with catchy melodies and addictive vocal hooks.

The versatile musician again had a hand in the composition and musical arrangements.

Choi wrote the words to the title track from her perspective as an avid smartphone user. The singer also penned album opener “Make U Smile” and “WithOrWithOut,” on which the singer took a leap of faith as an artist.

The other songs that round out the album are “Lemon-Aid” and “U.”

Also, the singer took part in many aspects of the production process, including the choreography and music video. 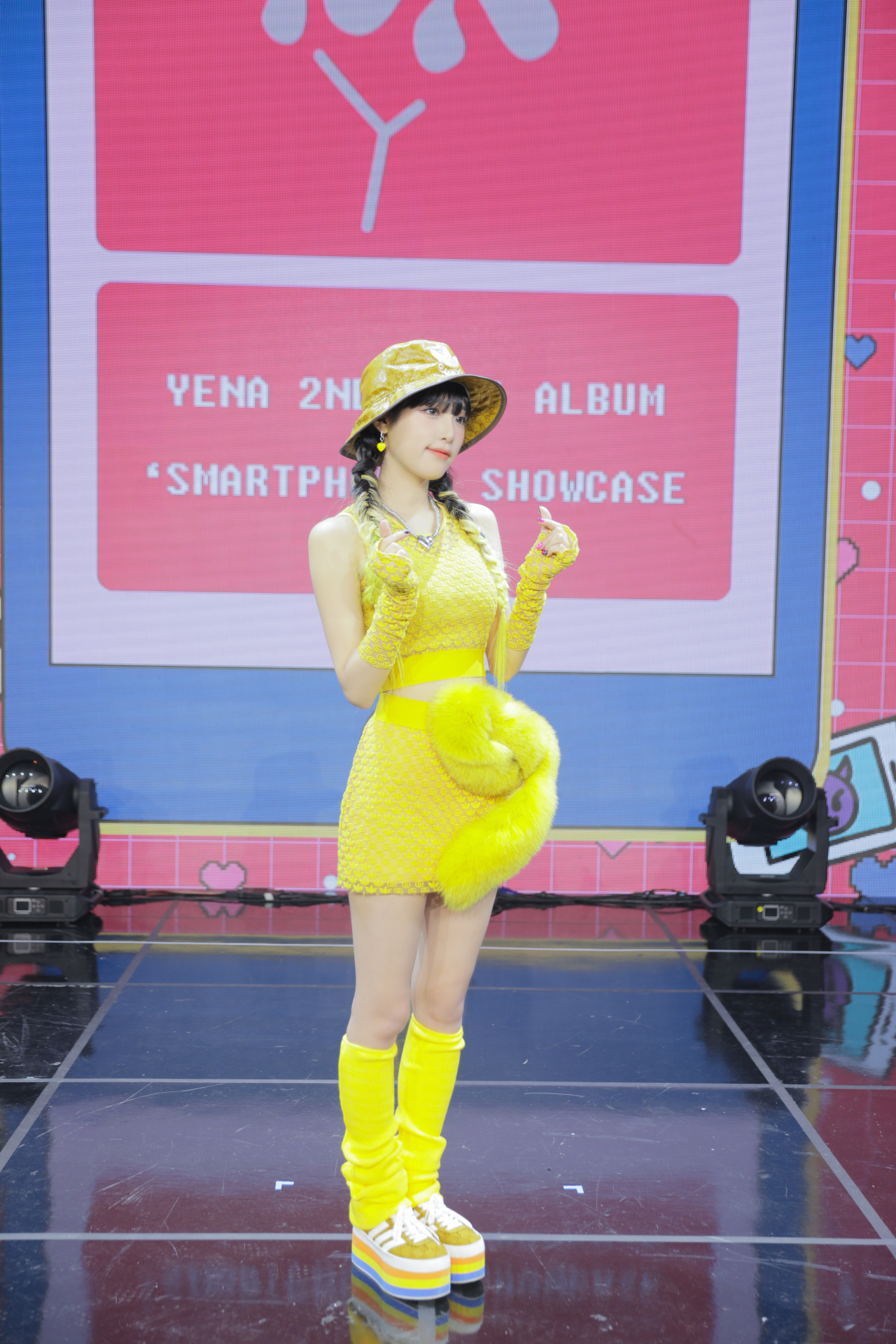 Choi Yena poses during a press conference for her second EP, “Smartphone,” held in Seoul on Wednesday. (Yuehua Entertainment)
When asked what kind of album “Smartphone” is, she said it’s an album brimming with various music styles. She added that she was able to widen her musical horizons on her latest five-song package.

“I‘ve been yearning for this day to arrive because I wanted to show what I’ve done since putting out my first album. I think I have my own positive energy, and ‘Smartphone’ is an album with refreshing sounds. It‘s an album that definitely spells out the word ’summer.‘ Hopefully, many fans will be able to beat the heat with my new songs.”

On her first EP, “Smiley,” the singer transformed into a happy hero. This time, however, Choi built on her “hero” universe by turning into a hero from a mobile game.

A central theme of her new album, the singer dressed herself to look like a mobile game character with a retro-yet-trendy style.

“I’m a big fan of mobile games, so I wanted to show more of my personality by creating a game hero character,” she said when asked why she came up with the concept.

At the end of the event, Choi expressed hopes that her vivacious spirit and energy would land well with fans.

“I know many big-name K-pop acts and female singers are gearing for summer releases, but my liveliness is something that only I can bring,” she said.