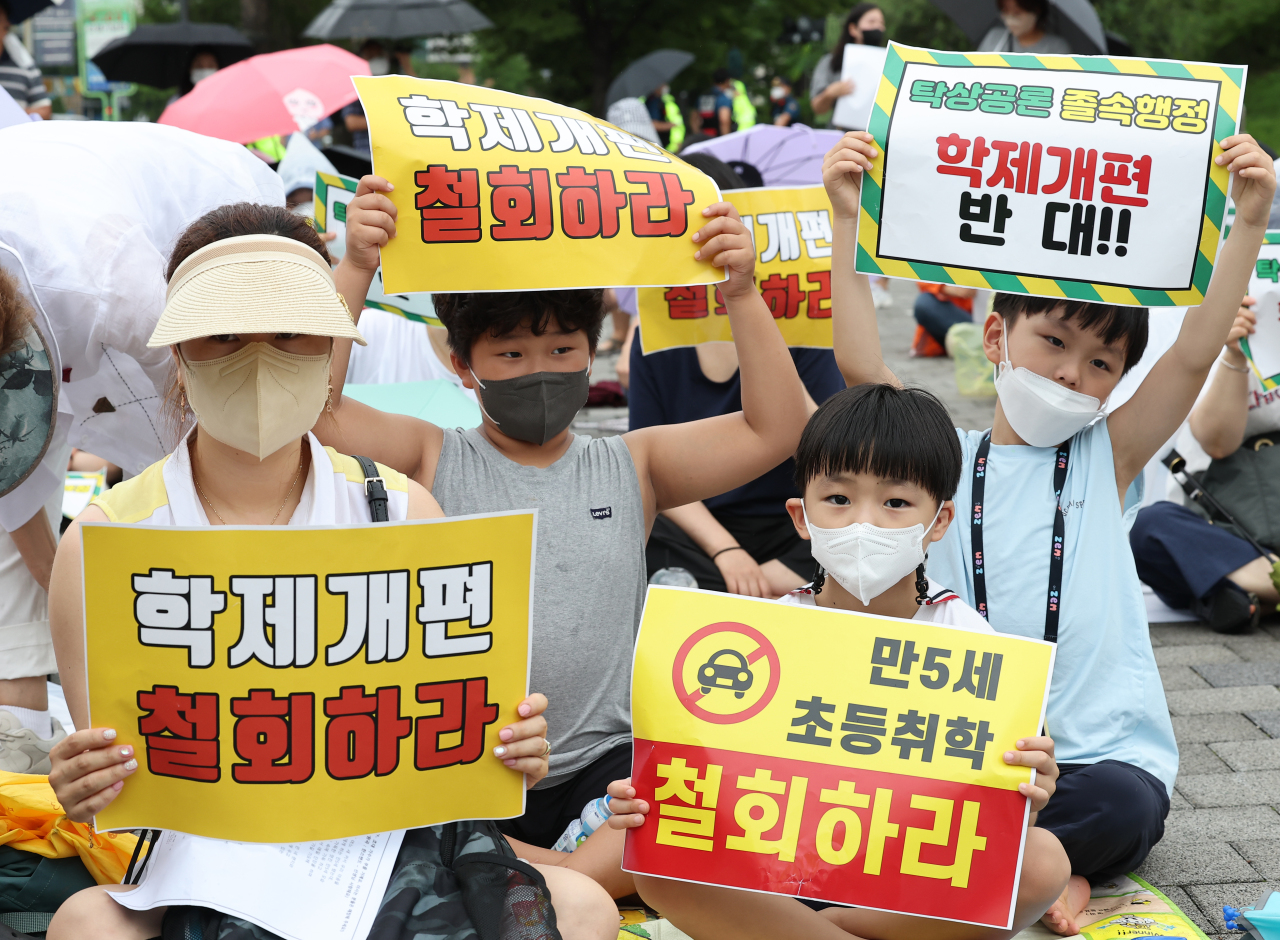 Rep. Kang Deuk-gu of the Democratic Party on Wednesday unveiled a survey of 131,070 parents, students and school teaching staff, which showed 97.9 percent disapproved of the reform.

On Wednesday, Minister of Education Park Soon-ae held an online meeting with education superintendents of 17 cities and provinces nationwide, in which she said the government would collect opinions from superintendents and the public before it decides what to do with the plan to lower the age of school entry starting in 2025.

Park also tried to stress that the plan was to have more children become part of the country’s “quality public education system” and support them early on so that they have a more equal start. She added that the change was also to ease the burden on parents.

Although Park on Tuesday hinted that the school system reform could also be scrapped if the public does not want it -- an apparent step back -- the government has not officially said it would scrape the whole plan yet.

The government still plans to forge a task force to look into changing the school entry age. The government-led team plans to conduct a survey that would ask the public for its opinion regarding the change in September.

As the government continues to push ahead with the reform, President Yoon Suk-yeol is expected to experience further downward pressure due to his already-depleted approval ratings.

In a poll of 1,003 participants nationwide released by pollster Korea Society Opinion Institute on Monday, 28.9 percent said Yoon was doing well on state affairs, down 3.3 percentage points from the previous week. Those who provided a negative assessment rose 4 percentage points from a week ago to 68.5 percent.

Meanwhile, a group of parents and a local kindergarten association continued to hold protests in Seoul on Wednesday, demanding the government ditch the school system reform initiatives.