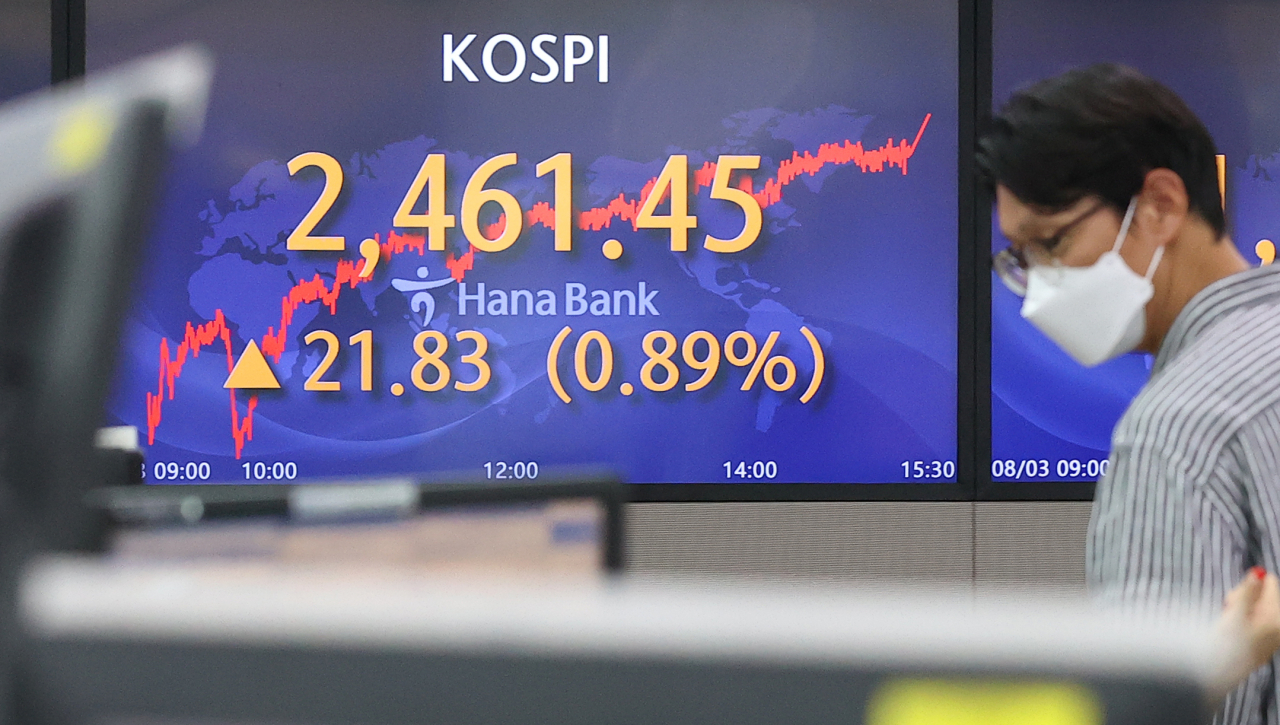 An electronic board at the dealing room of Hana Bank headquarters shows a gain of the Kospi on Wednesday. (Yonhap)

Seoul shares ended higher on gains in automakers and battery makers on Wednesday, with investors eyeing the fallout from US House Speaker Nancy Pelosi's trip to Taiwan amid global recession worries. The South Korean won fell against the US dollar.

Since early this week, China has suspended imports of some Taiwanese products in a warning against Pelosi's visit to Taiwan. China views Taiwan as part of its territory.

"Investors were concerned about escalating conflict (between China and the US) over Pelosi's trip to Taiwan. But there was no such clash, so investors appear to have been relieved a bit," No Dong-kil, an analyst at Shinhan Investment Corp., said.

But US-China tensions over Pelosi's trip remains a factor weighing on investor sentiment already spooked by a possible global slowdown and surging inflation, he said.

The local currency was trading at 1,310.30 won against the US dollar, down 5.60 won from the previous session's close. (Yonhap)