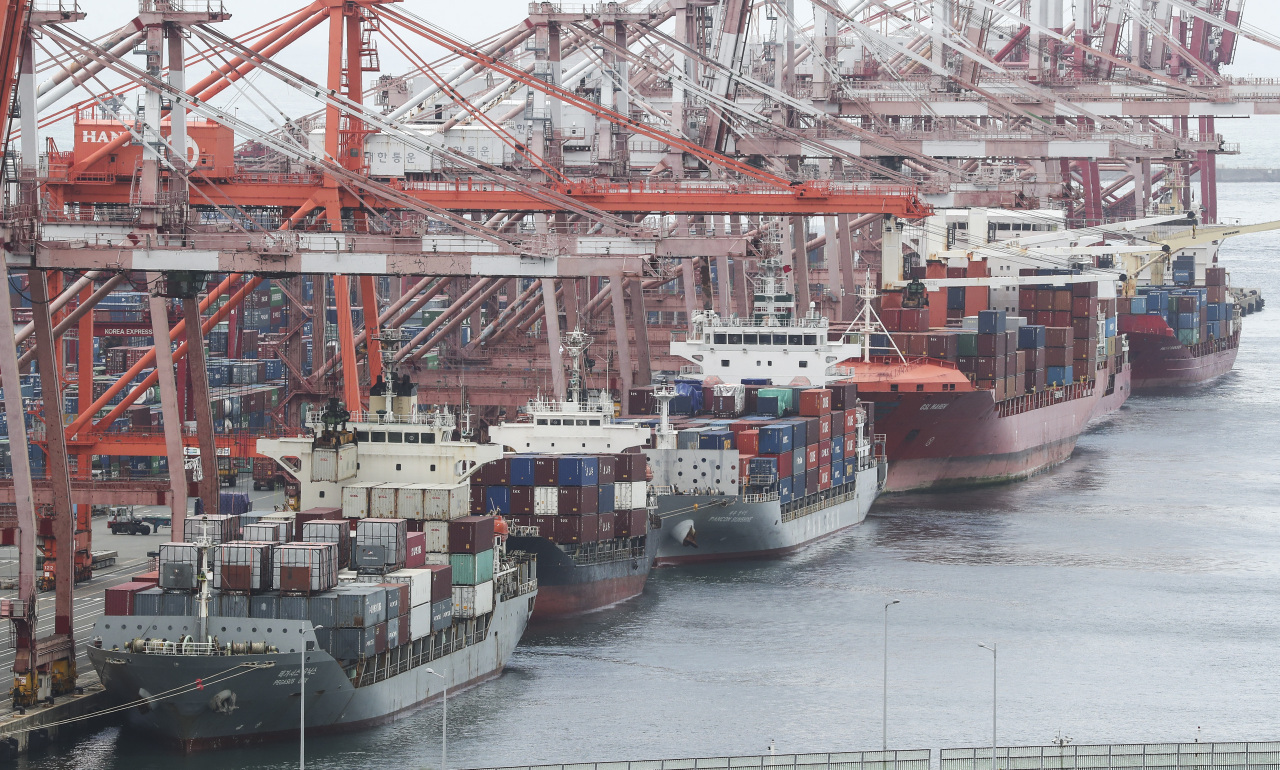 A view of the container terminal at Busan Harbor (Yonhap)
SEJONG -- The Middle East was found to have contributed the most to South Korea’s all-time high trade deficit for the first seven months of the year, state data showed Wednesday, reflecting the export-driven economy’s ongoing high reliance on crude oil.

According to the Ministry of Trade, Industry and Energy, Korea suffered a cumulative deficit of $51.7 billion in trade with countries in the Middle East during the period of January-July.

The figure was higher by 244 percent, compared to the nation’s total trade deficit of $15 billion in global trade over the corresponding period. The $15 billion marked a record high when comparing past periods of January-July.

The situation was attributed to a spike in international crude prices. Dubai crude is one of Korea’s main import items.

For monthly figures, Korea’s trade deficit with the Middle East surpassed the $10 billion mark for the first time in July, which was higher by 115 percent than the nation’s cumulative deficit of $4.67 billion in the same month.

The last largest deficit in trade with the Middle East was $8.7 billion, posted in February 2013.

In July, imports from the region surged by 111 percent to $11.5 billion, while growth in exports to the region stayed at 11.7 percent or $1.4 billion.

Dubai crude futures, which peaked at $122.53 per barrel on March 8, traded under $100 for the first two trading sessions of August.

Western Texas Intermediate traded under the $100 mark for the recent 10 consecutive sessions. Brent crude futures have also relatively stabilized compared to the second quarter of the year.

Market insiders say the ongoing war between Ukraine and Russia, as well as the expected recovery of China‘s economy could affect international crude prices.

“Korea recorded a deficit in trade with China for the third consecutive month. But a fast economic normalization of Korea’s biggest trading partner could benefit its trade balance, and possibly offset its deficit with the Middle East to a certain extent,” a state official said.