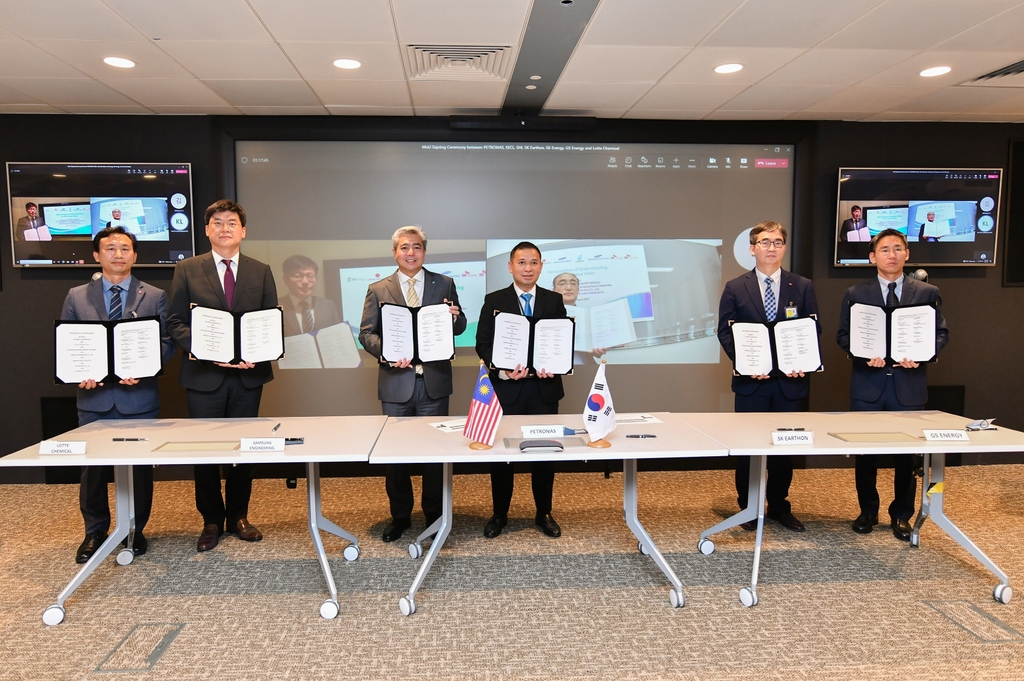 Officials of Lotte Chemical, Samsung Engineering, Petronas, SK Earthon and GS Energy pose for a photo after signing a memorandum of understanding for a project to capture, transport and store carbon dioxide in a virtual meeting in Kuala Lumpur, Malaysia, on Tuesday, in this photo provided by SK. (SK)

Samsung Engineering Co. and five other South Korean companies have teamed up with Malaysia's state energy company Petroliam Nasional Berhad to work on a project to capture, transport and store carbon dioxide, an emerging technology for emissions reduction.

Under a memorandum of understanding signed in a virtual meeting in Kuala Lumpur on Tuesday, the companies said they plan to carry out a feasibility study to assess the practicality of the project.

The project is largely designed to capture carbon dioxide produced at industrial sites in South Korea and transport it to Malaysia for storage.

Carbon capture and storage is referred to as a key technology that can help tackle global warming as the carbon dioxide captured from industrial sites can be used as a resource or feedstock to create other products or services, or be permanently stored underground. (Yonhap)