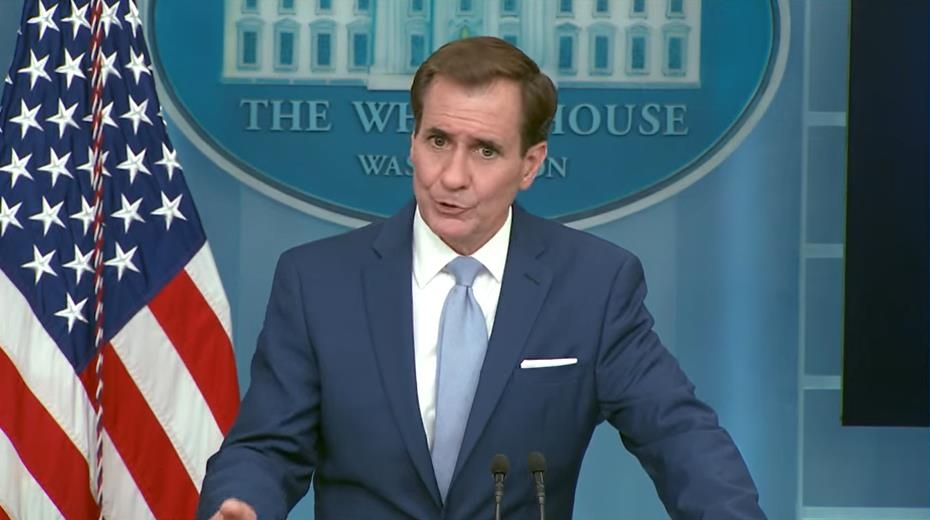 John Kirby, National Security Council coordinator for strategic communications, is seen answering questions during a press briefing at the White House in Washington on Tuesday in this image captured from the website of the White House. (website of White House)

US President Joe Biden welcomes the ongoing trip to Asia by the speaker of the House of Representatives that will soon take her to South Korea and Japan, a White House official said Tuesday.

The remarks by John Kirby, National Security Council coordinator for strategic communications, came as Nancy Pelosi (D-CA) arrived in Taiwan on a visit protested by Beijing.

"The president has already seen that Speaker Pelosi has already accomplished some important conversations on this trip with respect to foreign policy with her stop in Singapore and Kuala Lumpur," Kirby said in a White House press briefing.

His remarks came in response to a question whether Pelosi's trip to Taiwan helps or undermines US foreign policy interests in the region.

The exact dates for Pelosi's visits to South Korea and Japan were not immediately available. Earlier reports said the speaker will hold talks with her South Korean counterpart, Rep. Kim Jin-pyo, on Thursday (Seoul time).

China had strongly opposed the US lawmaker's visit to Taiwan, accusing it of being aimed at encouraging, if not instigating, an independence movement there.

Seoul has declined to comment on Pelosi's trip to Taiwan.

Pelosi is the first US speaker of the House to visit Taiwan since 1997. (Yonhap)