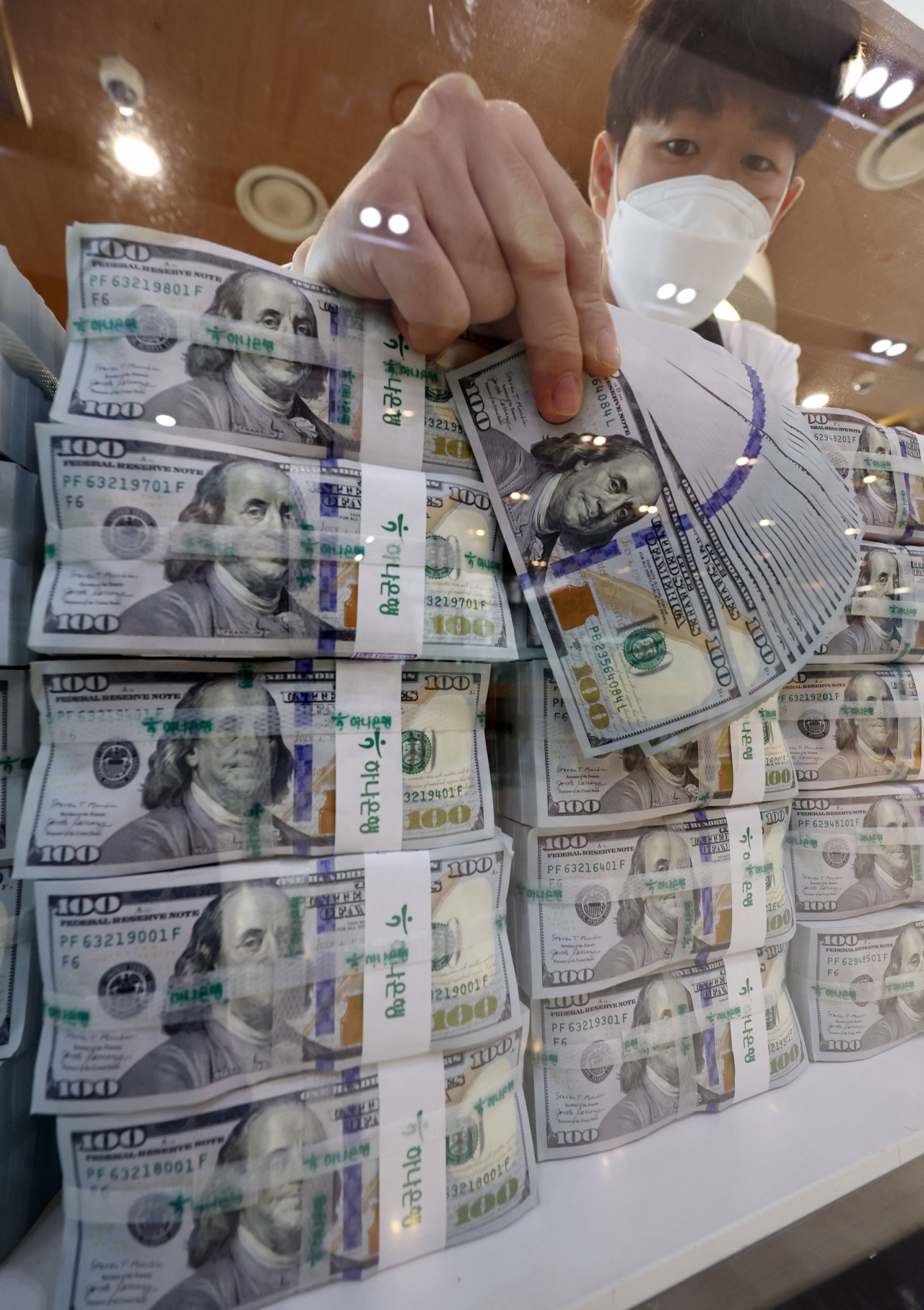 A clerk checks US dollars at the headquarters of Hana Bank in Seoul on July 5. South Korea's foreign exchange reserves dropped $9.43 billion on-month to $438.28 billion as of end-June, marking the biggest monthly decline since 2008, according to the Bank of Korea. (Yonhap)

The country's foreign reserves came to $438.61 billion as of end-July, up $330 million from the previous month, according to the data provided by the Bank of Korea (BOK).

It also came in contrast with the previous month when the reserves dropped by the largest amount in more than 13 years as foreign exchange authorities unloaded dollars to help stem the local currency's decline.

The BOK attributed the July growth to increased profits from operation of the reserves and expanded foreign currency deposits by financial companies.

Securities were valued at $391.85 billion as of end-July, down $3.42 billion from the previous month. It accounted for 89.3 percent of the total foreign reserves.

South Korea was the world's ninth-largest holder of foreign reserves as of the end of June, the BOK said. (Yonhap)