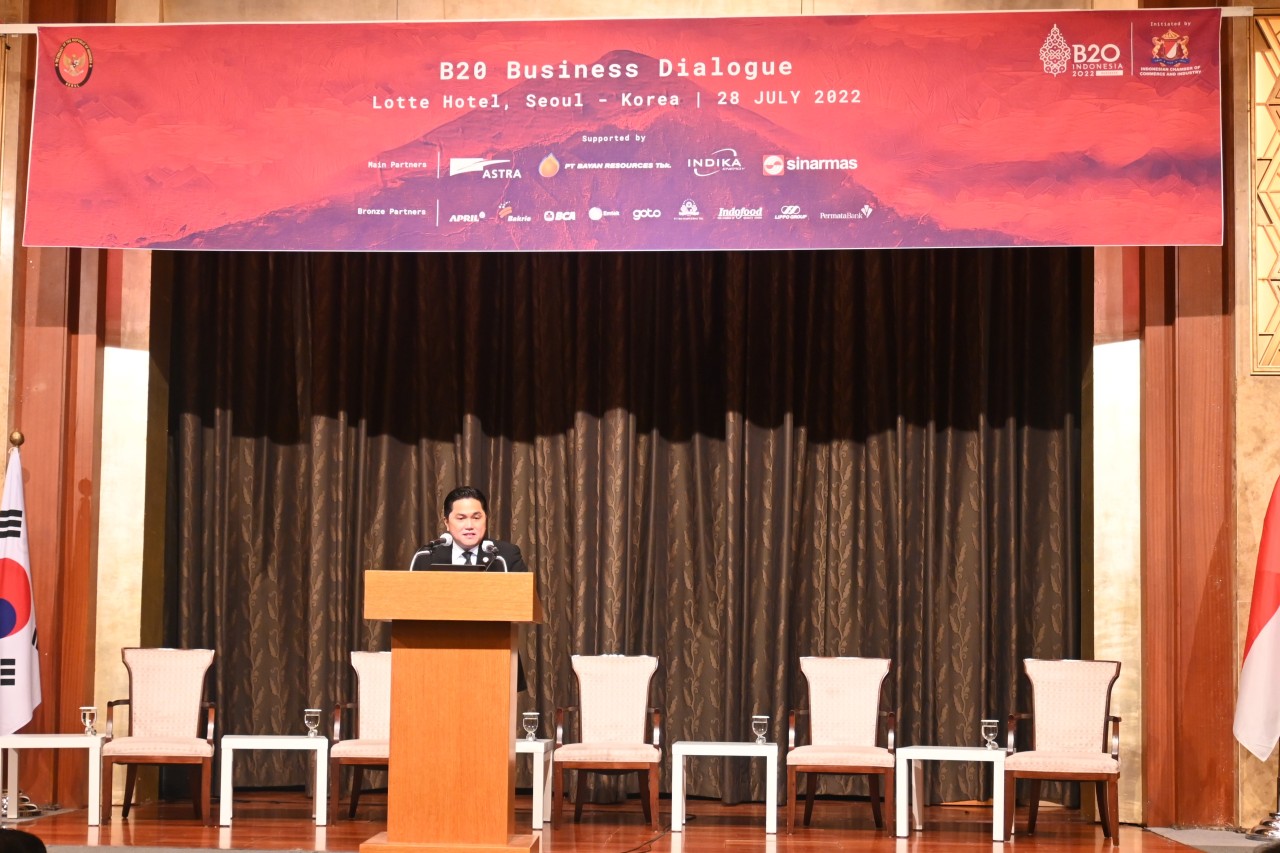 B20 is the official Group of 20 dialogue forum with the global business community.

Co-hosted by the Indonesian Embassy in Seoul and the Indonesian Chamber of Commerce and Industry, the dialogue is a platform to make policy recommendations ahead of the Group of 20 summit to be held in Bali, Indonesia from Nov.13-16.

“Indonesia is a potential market trying to develop through industrialization than relying on natural resources,” said Thohir.

Indonesia is trying to develop a large-scale carbon enhancement business to optimize companion natural resources and add more value through production and manufacturing, he added. 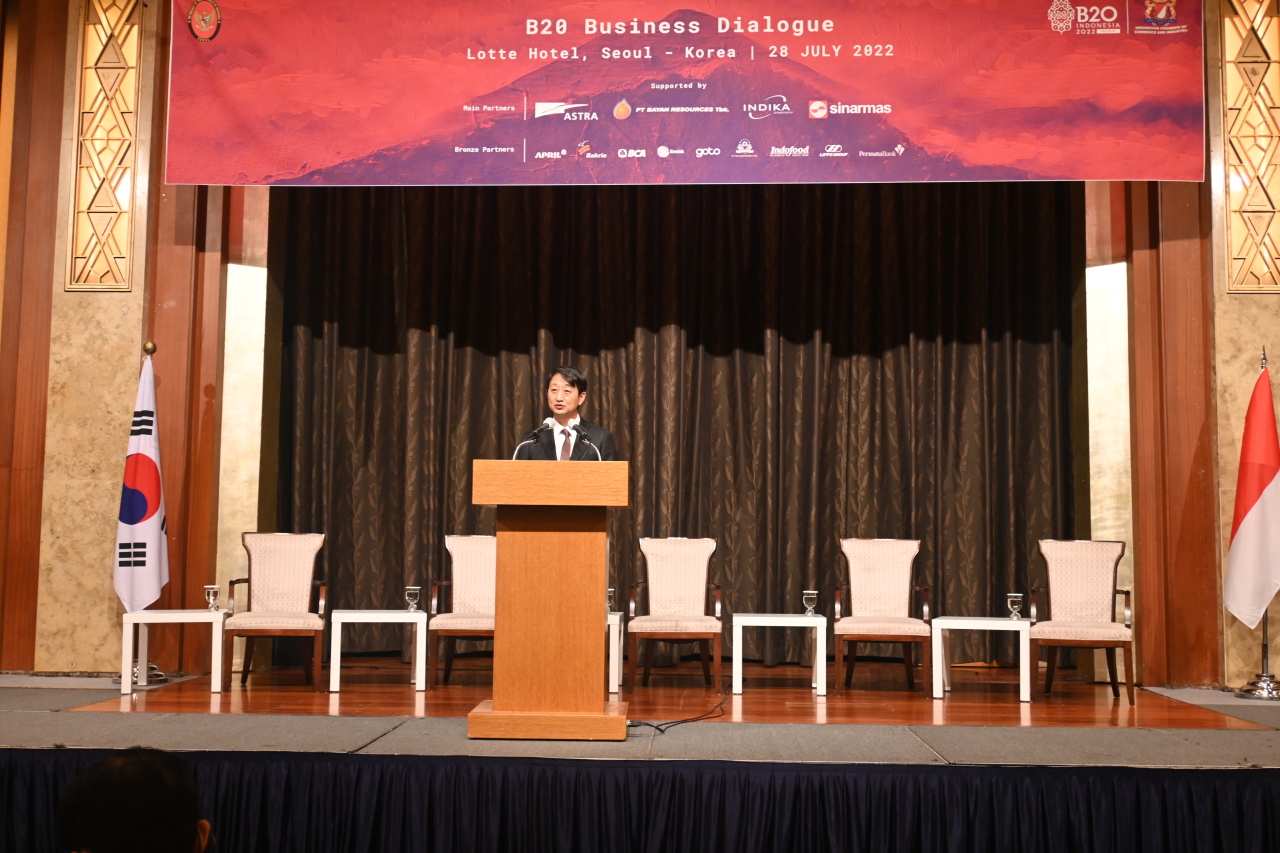 “Indonesia’s digital economy would be the largest in ASEAN (Association of Southeast Asian Nations) by 2030,” he said.

“Indonesia would represent a 40 percent share in the ASEAN market,” he said, highlighting Indonesia’s potential to emerge as a strong player not only through Business-to-Business, but also Business-to-Consumer outlook including educational technology and financial technology.

Indonesia is committed to maintaining a strategic partnership and successful synergy with South Korea, Thohir said.

South Korea would actively promote future-oriented and mutually beneficial industrial, trade, and energy cooperation, Ahn said in his remarks at the event, citing the two countries’ membership in the Indo-Pacific Economic Framework and the Regional Comprehensive Economic Partnership. 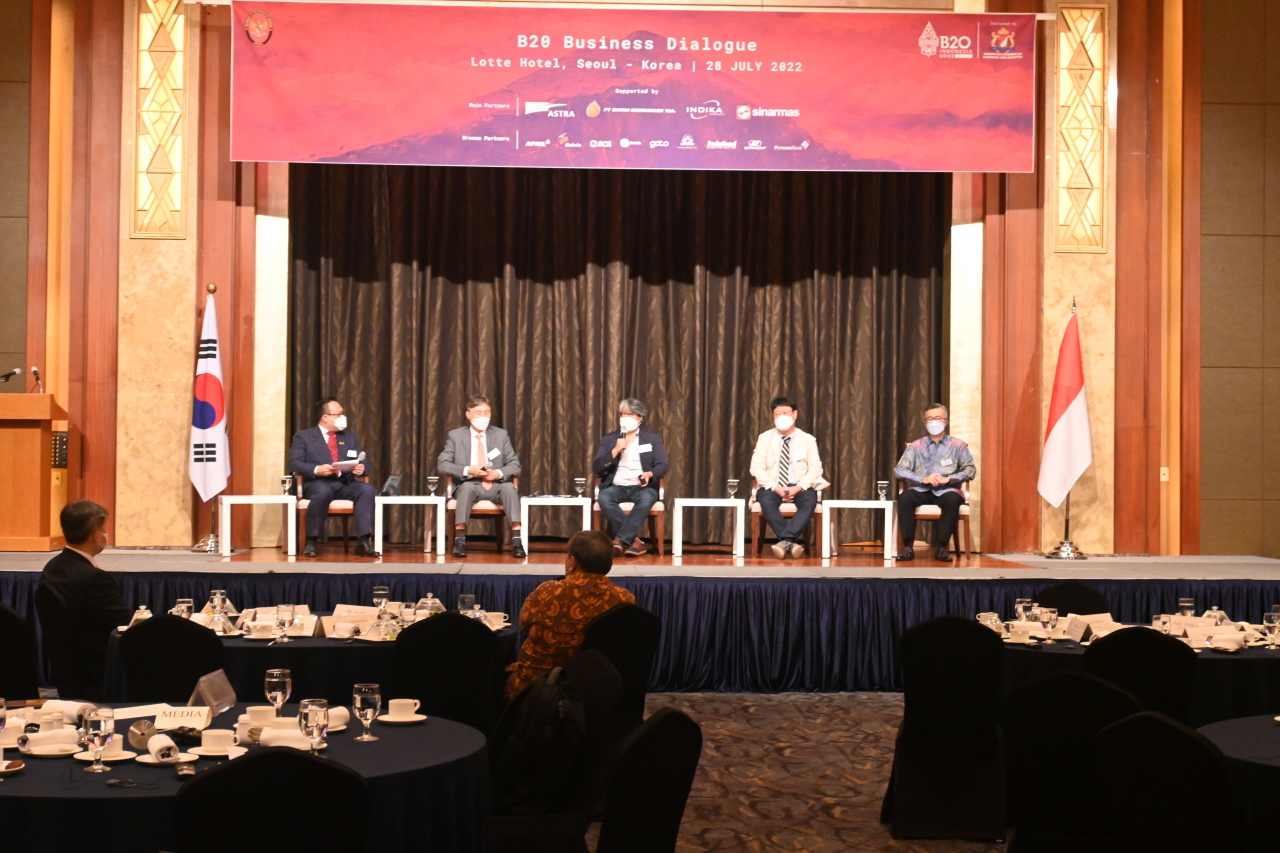 He suggested South Korea and Indonesia to cooperate on energy transition and digital transformation -- main agendas of the G20 Summit—ushering the two countries’ commitment to strengthen supply chain linkage, clean energy and partnership between businessmen.

Meanwhile, a panel discussion was also held to update and discuss B20 policy recommendations.

The panel emphasized the need to reorganize the supply chain based on the Indonesia-South Korea free trade agreement; a multilateral and sustainable response to climate change; and the enactment of digital and international norms.