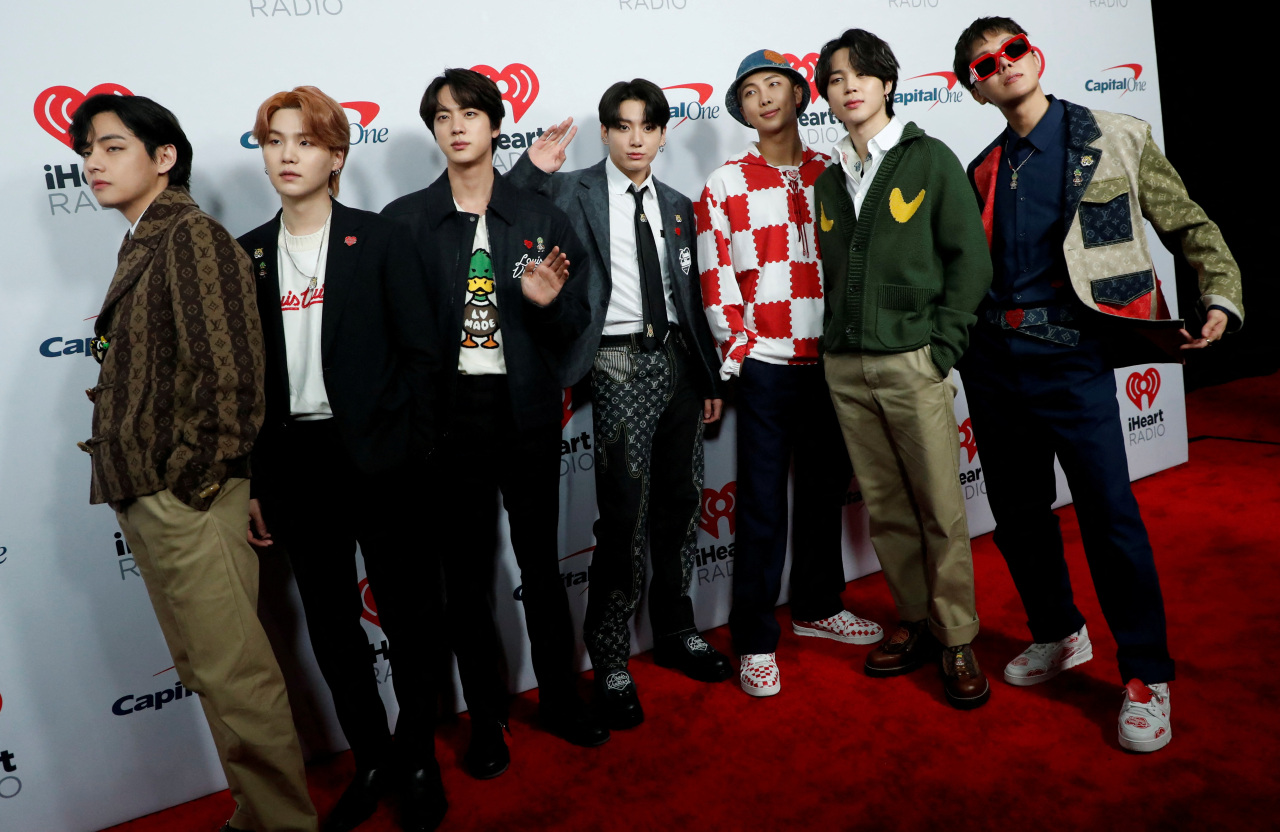 BTS poses at the carpet during arrivals ahead of iHeartRadio Jingle Ball concert at The Forum, in Inglewood, California, US on Dec. 3, 2021. (Reuters-Yonhap)
K-pop sensation BTS may be able to practice and hold overseas concerts while serving in the military, as South Korea’s Defense Ministry appears to be considering “alternative service” for the boy group.

South Korean Defense Minister Lee Jong-sup said during a parliamentary session on Monday that he is considering a series of options for alternative military service for BTS, such as providing them time to prepare for performances and allowing them to hold overseas concerts.

“(The BTS members) should come to the military, and I believe there will be a way for us to give them the opportunity to practice as well as allow them to leave the country and perform anytime if they have overseas concerts scheduled,” South Korean Defense Minister Lee said in response to a lawmaker’s question about whether BTS should be given the chance to continue to perform for the national interest, during a general meeting of the National Defense Committee at the National Assembly.

“Many people do think highly of military service itself, and I think (BTS members enlisting) can actually help them with their popularity,” Lee said.

“We are reviewing (the matter) within the overall framework of alternative service,” Lee said.

In South Korea, nearly all able-bodied men in their 20s are obliged to serve in the military for about 18 months. There is an exemption and alternative service system for athletes and artists recognized to have promoted national prestige, such as winning designated international awards or national contests.

All of the band members must fulfill their mandatory two-year military service, with the oldest, Jin, obliged to enlist by the end of this year.