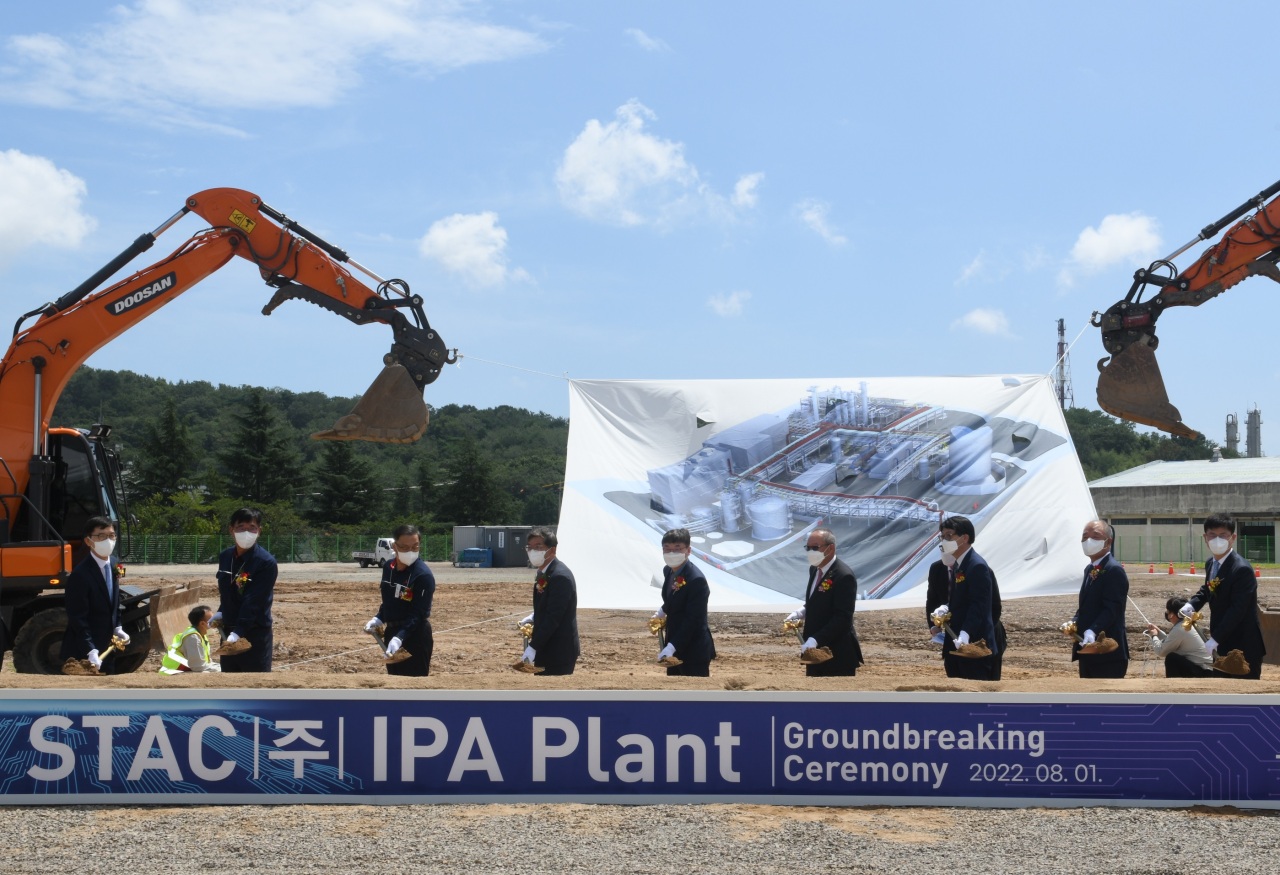 SK Geo Centric aims to produce some 30,000 tons of semiconductor-grade high-purity isopropyl alcohol each year through a 50:50 joint venture with Tokuyama called Stac beginning in 2024.

Isopropyl alcohol is the material used to clean and dehydrate the surface of chip wafers. It is also applied in the manufacturing process of liquid crystal display panels.

The joint venture looks to complete the construction of the plant on a 20,000 square-meter land in southern Ulsan by the second half of 2023. The two companies equally injected a combined 120 billion won ($92 million) into the project in December and expect to create some 5,000 jobs in the industrial city.

Under the project, SK Geo Centric will supply propylene to the plant and be tasked with plant operation and marketing, while Tokuyama is set to provide the underlying technology to manufacture the advanced material.

The high-purity wafer cleaning material has been supplied to the country‘s chipmaking giants such as Samsung Electronics and SK hynix. Korean chipmakers have relied on companies like LG Chem for the supply of isopropyl alcohol.

The company added that the new plant will run on an eco-friendly manufacturing process by reducing waste and utility.

“We are pleased to announce that chemical firms representing Korea and Japan are working to manufacture the material crucial in the semiconductor industry,” SK Geo Centric Chief Executive Officer Na Kyung-soo said in a statement. “(SK and Tokuyama) will continue to cooperate with each other to produce and sell high-quality products.”

Demand for Isopropyl alcohol has been growing in the field of semiconductor wafer washing, with the advent of advanced technologies such as the fifth-generational network, Internet of Things and artificial intelligence, according to SK Geo Centric.