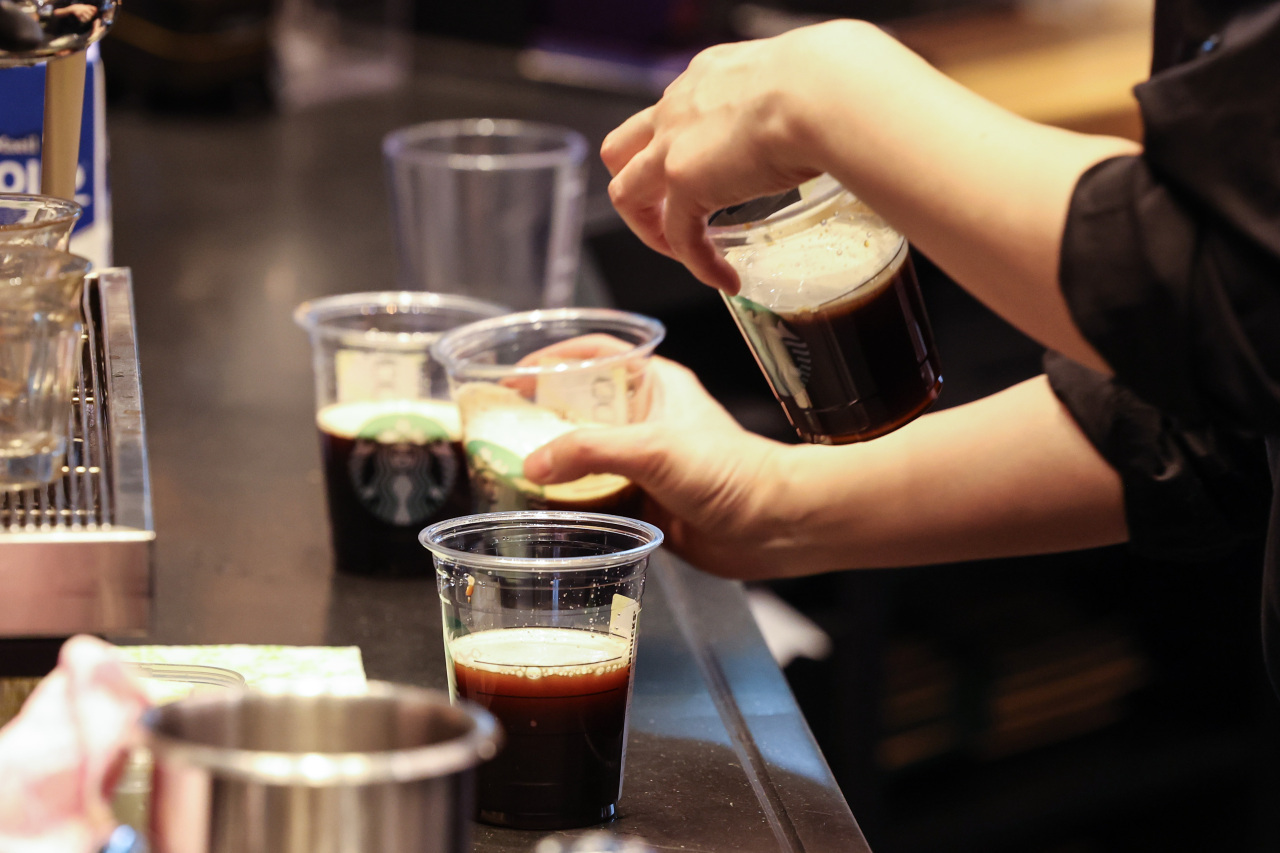 A barista pours coffee into a cup at a local Starbucks. (Yonhap)
Starbucks topped the list of the most preferred specialty coffee chains in South Korea, according to a recent survey published by the Korea Consumer Agency on Monday.

In the survey, conducted between April 7 and 15, a total of 1,400 adults were requested to rate seven coffeehouses based on consumer satisfaction and frequency of use.

Starbucks scored the highest at 3.99 points out of the total 5, followed by The Coffee Bean & Tea Leaf with 3.93 points and Hollys Coffee with 3.92 points.

Respondents found Starbucks to have the best service quality, while The Coffee Bean had the best product quality. Meanwhile, MegaCoffee scored the highest for price satisfaction.

While 40.9 percent of the respondents said whether a coffee brand employs eco-friendly management affected their choice, 58.7 percent of them were unaware of the upcoming disposable cup deposit scheme that is set to be implemented in December.

The survey also found that individuals visit cafes 11.7 times per month on average, with men frequenting coffeehouses more than women.