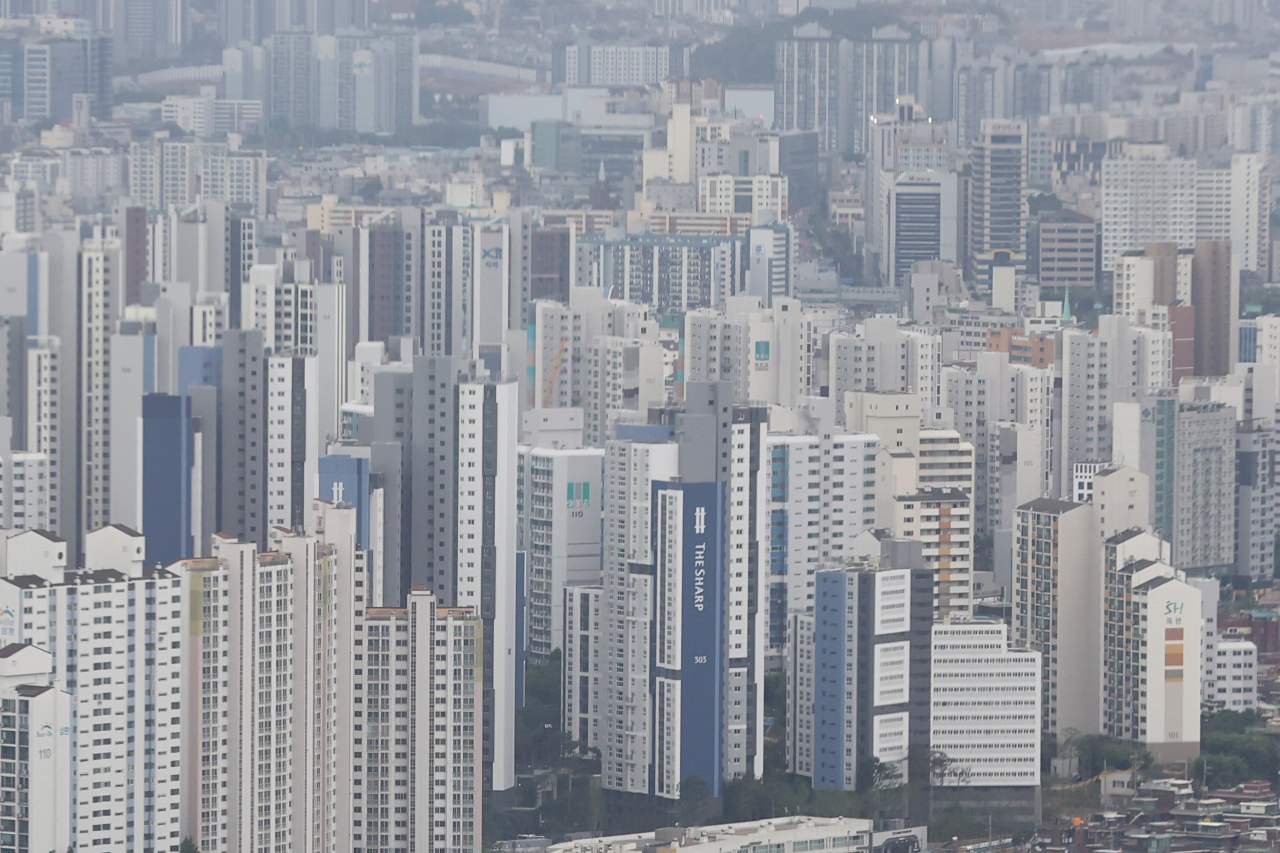 Apartment transactions in South Korea fell more than 50 percent on-year in the first half of 2022 due mainly to the government's tough lending curbs and rising interest rates, data showed Sunday.

The number of apartments traded nationwide stood at 184,134 units in the January-June period, down 50.6 percent from a year earlier, according to the data by the Korea Real Estate Board.

It is the lowest level since the agency began compiling the related data in 2006 and marked nearly a 60 percent fall from two years ago when the figure hit an all-time high of 452,123 units.

This year's tally also marked a 42.6 percent decrease compared with the average transactions logged over the past five years.

The Bank of Korea raised the key rate by a quarter percentage point from a record low of 0.5 percent in August last year, marking the first rate hike since November 2018.

It has since raised the rate five more times, with the latest one in July when the central bank delivered an unprecedented rate hike of 0.5 percentage point to 2.25 percent.

The apartment prices fell 0.16 percent nationwide in the first half of the year on average. Seoul saw the prices decline 0.25 percent during the period, according to the agency. (Yonhap)