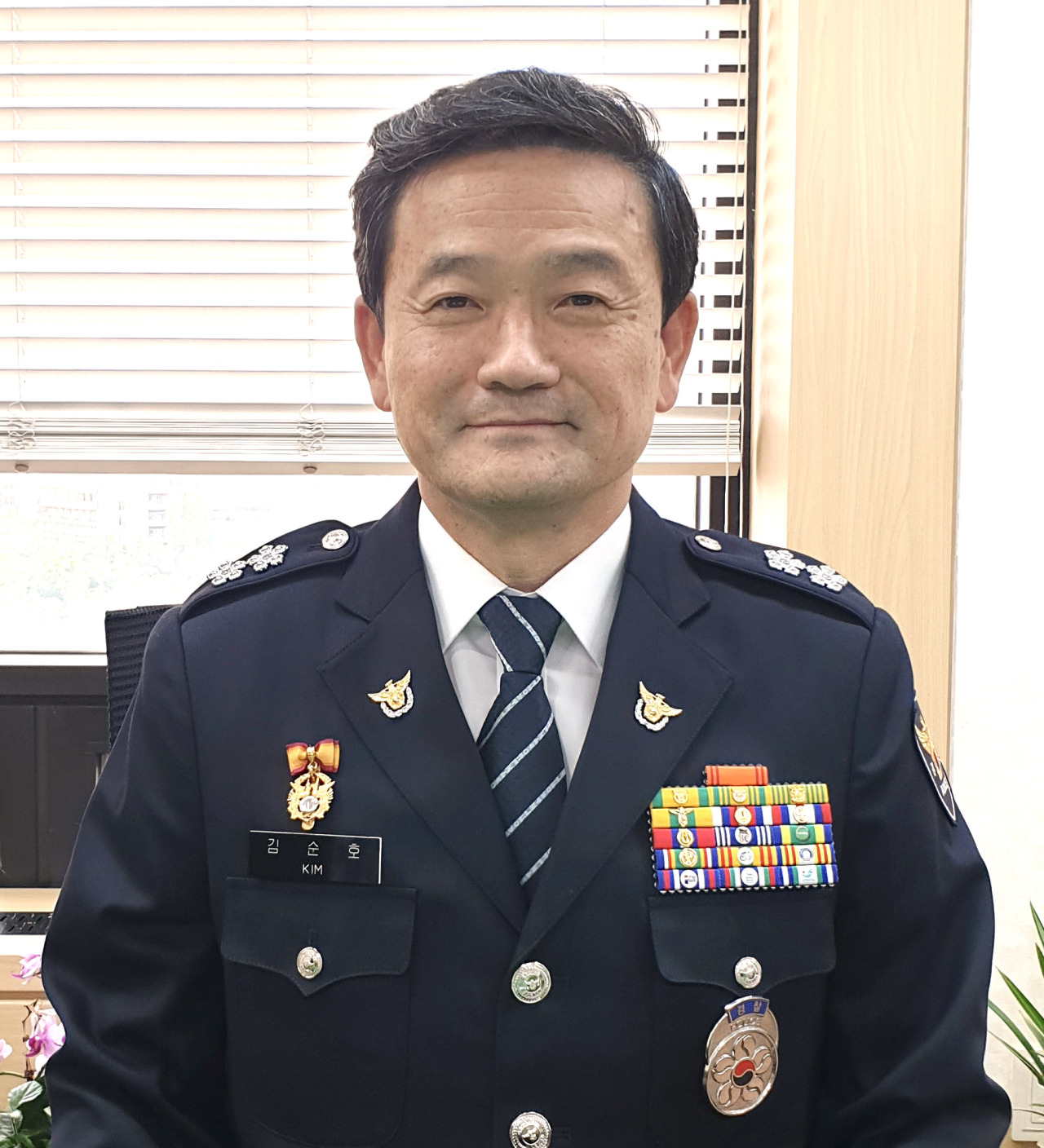 Senior Superintendent-General Kim Sun-ho has been appointed as the head of the new police bureau under the Interior Ministry. (National Police Agency)

A police officer who is not a graduate of the National Police University has been appointed as the head of the new police bureau, which will be launched under the Interior Ministry on Tuesday.

Kim graduated in political science from Sungkyunkwan University. He earned his master’s degree at the Hankuk University of Foreign Language and became a police officer in 1989.

With Interior Minister Lee Sang-min raising criticism against the National Police University, it was expected that the government will appoint a figure who is not a graduate of the state-run police university to the post.

A graduate of the university automatically starts their career as a lieutenant, which is equivalent to the chief of a police precinct or the team leader at a police station. But it takes at least 17 years for police officers who did not graduate from the university to be promoted to the rank.

The rest of the office will be announced Monday. Lee previously announced 12 of 16 members of the bureau will be police officers.

Meanwhile, Lee denied opposition parties’ claim that the launch of the new bureau was a violation of the Constitution.

“The Government Organization Act states the establishment of subsidiary bodies and the allocation of duties shall be prescribed by presidential decree,” Lee told the press on his way to the office at the governmental complex in central Seoul, hours before Kim was appointed to the post.

“I doubt those who are claiming (the launch) to be a violation of the Constitution or illegal have ever looked at the legal clauses,” Lee said.

The government and the police have been in a weekslong conflict over the launch of the new police bureau. The police argued the new launch could jeopardize the independence of the police, while the government insisted the new bureau will not intervene in investigations.

The feud reached a peak on Tuesday when the launch plan passed the Cabinet meeting and the police announced to hold a meeting to protest against it. The meeting, however, has been called off after the Interior Ministry hinted at a reform of the National Police University in response to the opposition from the police.

President Yoon Suk-yeol visited a police patrol division in western Seoul on Friday to encourage police officers in an attempt to mend relationship with the police organization.