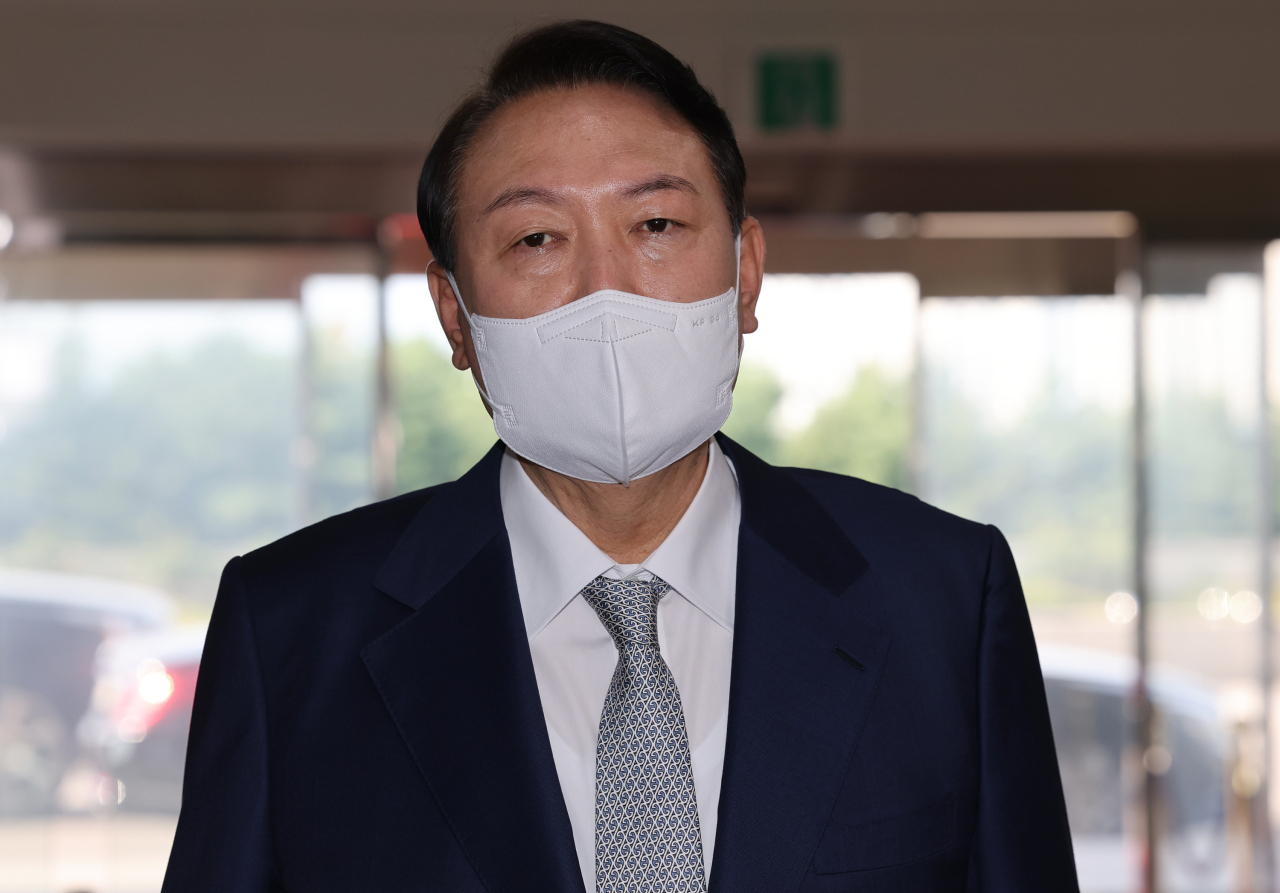 President Yoon Suk-yeol speaks to the press on his way to the presidential office in Yongsan, central Seoul, Tuesday. (Yonhap)

President Yoon Suk-yeol's approval rating fell to a new low, going below 30 percent for the first time, amid soaring inflation and controversy over personnel appointments, a poll showed Friday.

In the poll of 1,000 voters nationwide conducted by pollster Gallup Korea between Tuesday and Thursday, 28 percent said Yoon was doing well on state affairs, while 62 percent gave a negative assessment.

It was the first time that Yoon's approval rating has sunk below 30 percent since he took office in May.

Of the 598 respondents who disapproved of Yoon's handling of state affairs, 21 percent attributed their disapproval to controversies surrounding personnel appointments.

Other reasons for disapproval included a lack of experience, economic worries, the government's planned establishment of a police bureau under the interior ministry and friction at the ruling People Power Party (PPP), according to the poll.

Earlier this week, PPP acting Chairman and floor leader Kweon Seong-dong apologized after a text conversation he had with Yoon was caught on camera, in which Yoon was seen backbiting about suspended party chief Lee Jun-seok.

The joint survey had a margin of error of plus or minus 3.1 percentage points at a 95 percent confidence level. (Yonhap)