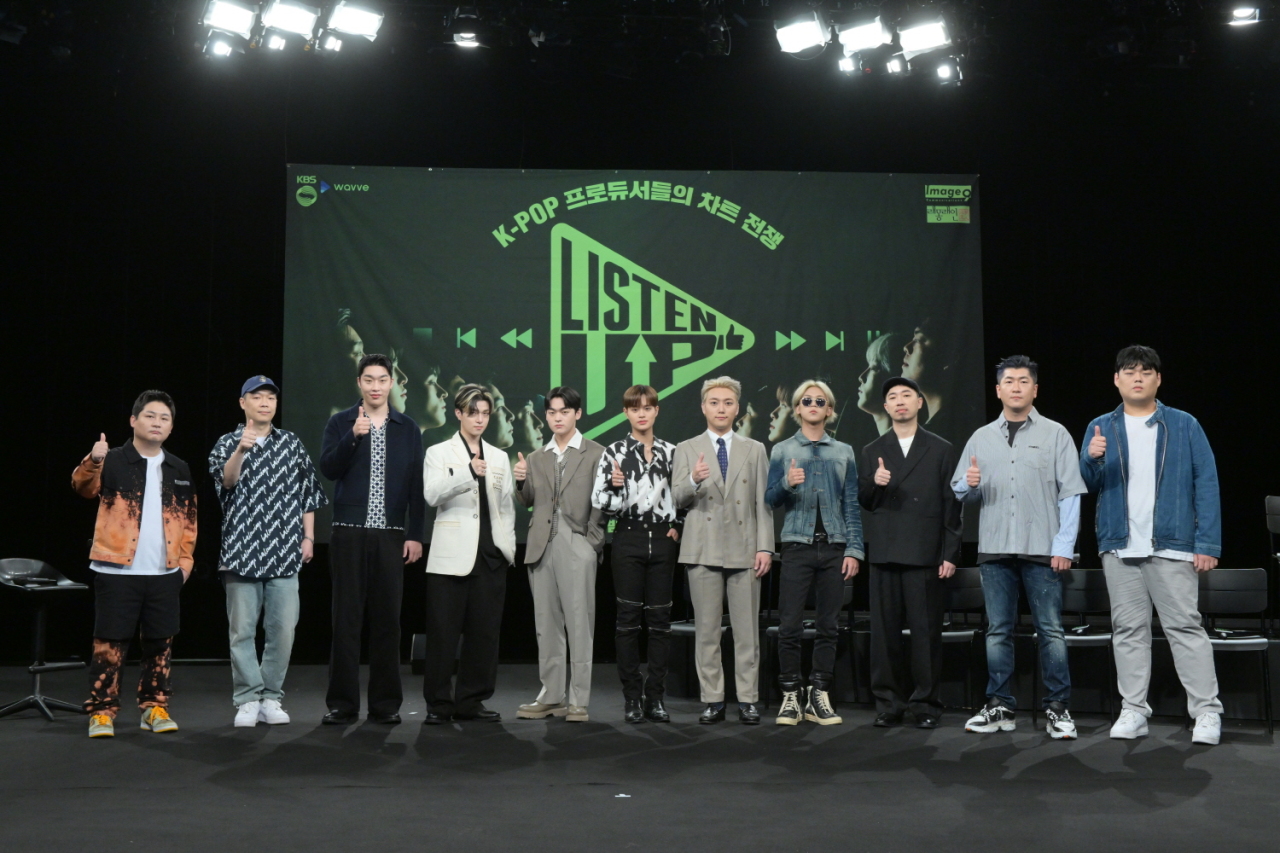 Viewers will see producers facing fierce competition to release new songs in line with the missions given to them throughout six episodes. The producers will collaborate with top artists such as 2F’s Shin Yong-jae, girl group Weekly, Ailee, Infinite‘s Nam Woo-hyun, Justhis and rapper Leellamarz, in the hopes of reaching the No. 1 spot in the program.

Winners of the program will be determined by scores from online voting by viewers after listening to one minute of each song (30 percent) and live voting by viewers (70 percent) in every round. The final winner will be decided based on scores aggregated by major streaming sites both in and out of the country.

“We’ve cast veteran producers who have produced songs with diverse genres through different producing styles. We wanted to introduce them to the audience through the program. The show will likely be a set of exciting competition parties,” Hwang Min-gyu, the producer of the program, said during an online conference Thursday.

Dynamic Duo’s Gaeko also attended Thursday’s media event, but fellow member Choiza was absent due to a recent injury suffered after a fall. When asked about making his emcee debut on the program, Gaeko said he was nervous yet excited to host the show because it is based on music.

Lee Dae-hwi of disbanded group Wanna One and current member of AB6IX who also produces songs tired to clear any doubts people may have about him making an appearance on “Listen-Up.” The singer and producer said, “I know how crucial and tough being on a survival show is and I wanted to push myself by appearing on a show that is refreshing and motivating.”

Ryan Jhun thanked the program’s staff members for giving them opportunities to produce songs without their styles being limited, while they are often being asked to create songs that suit K-pop agencies’ tastes in normal life. He further highlighted viewers pay attention to his “color theory” and “universe.”

“Since all the producers in the program are well-known to have diverse concepts when producing songs, it will be fun to keep an eye on the outcomes with various music genres even when the producers are asked to create songs under the same subject,” Doko said. “I also hope the show can motivate many producer wannabes.”