According to the census data released by Statistics Korea on Thursday, 51.74 million people were living in Korea in 2021, about 91,000 less than the year before.

It is the first time Korea’s population shrank since the records began in 1949.

Annual population growth has declined since peaking in 1960 at 3 percent. In 1960, it dropped below 1 percent for the first time. 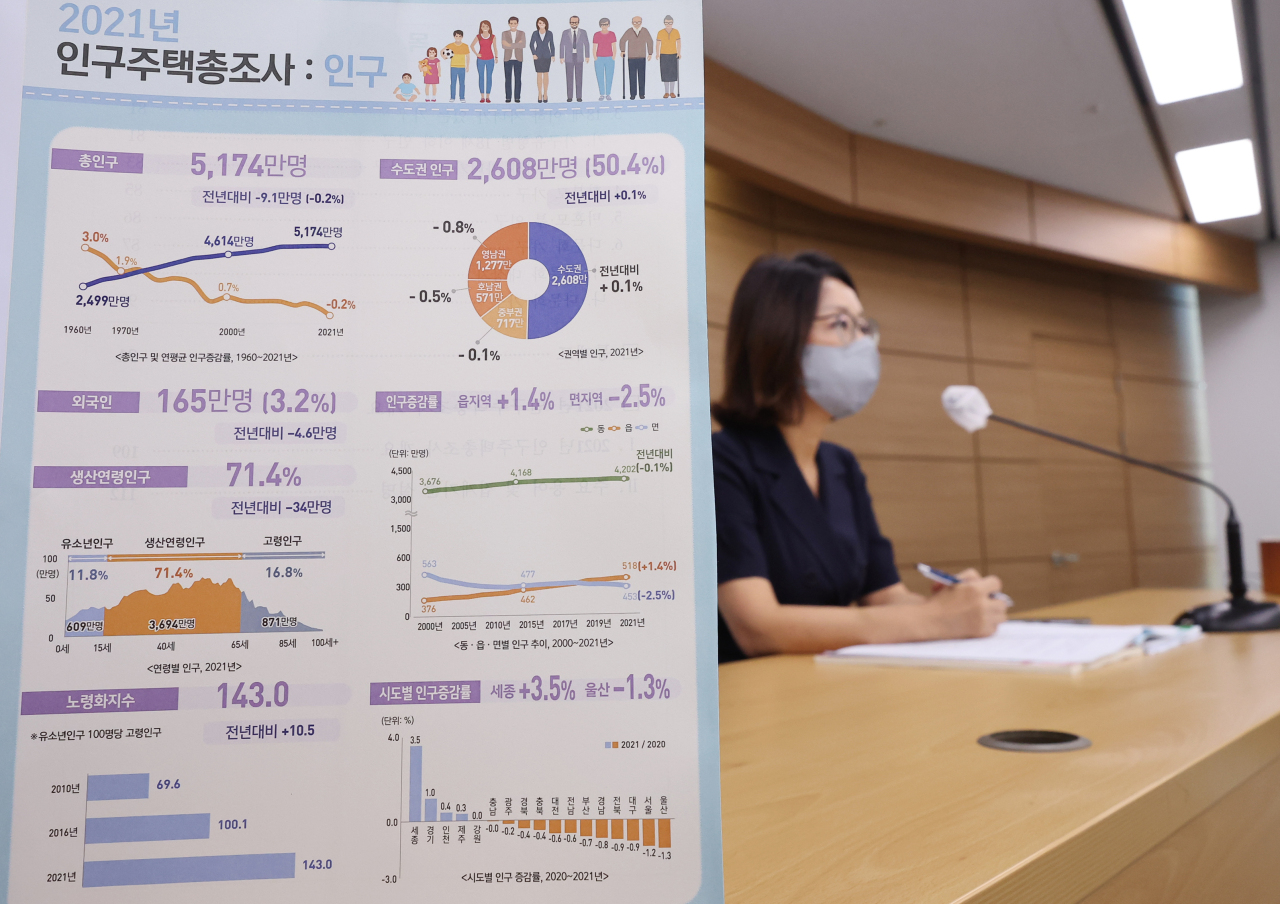 An official at Statistics Korea on Thursday announces the 2021 census at the Government Complex Sejong in Sejong, North Chungcheong Province. (Yonhap)

The senior population – people aged 65 or older -- has jumped by around 420,000, compared to the year before, to a total of 8.71 million or 16.8 percent. This means one in every four Koreans in the working age group was supporting a senior.

Statistic Korea’s “aging index,” referring to the ratio of senior citizens compared to the population of those aged 14 or younger, was 143 in 2021, compared to 132.5. It also marked the first time the 85-and-older group accounted for more than 10 percent of the population.

While the Korean population in the country declined by 0.1 percent, the foreign population took an even greater hit at 2.7 percent, falling for the second straight year. Officials at the agency attributed such a fall to the pandemic and the ensuing border controls, which led to a sharp drop in the number of foreigners entering South Korea for either work or study.