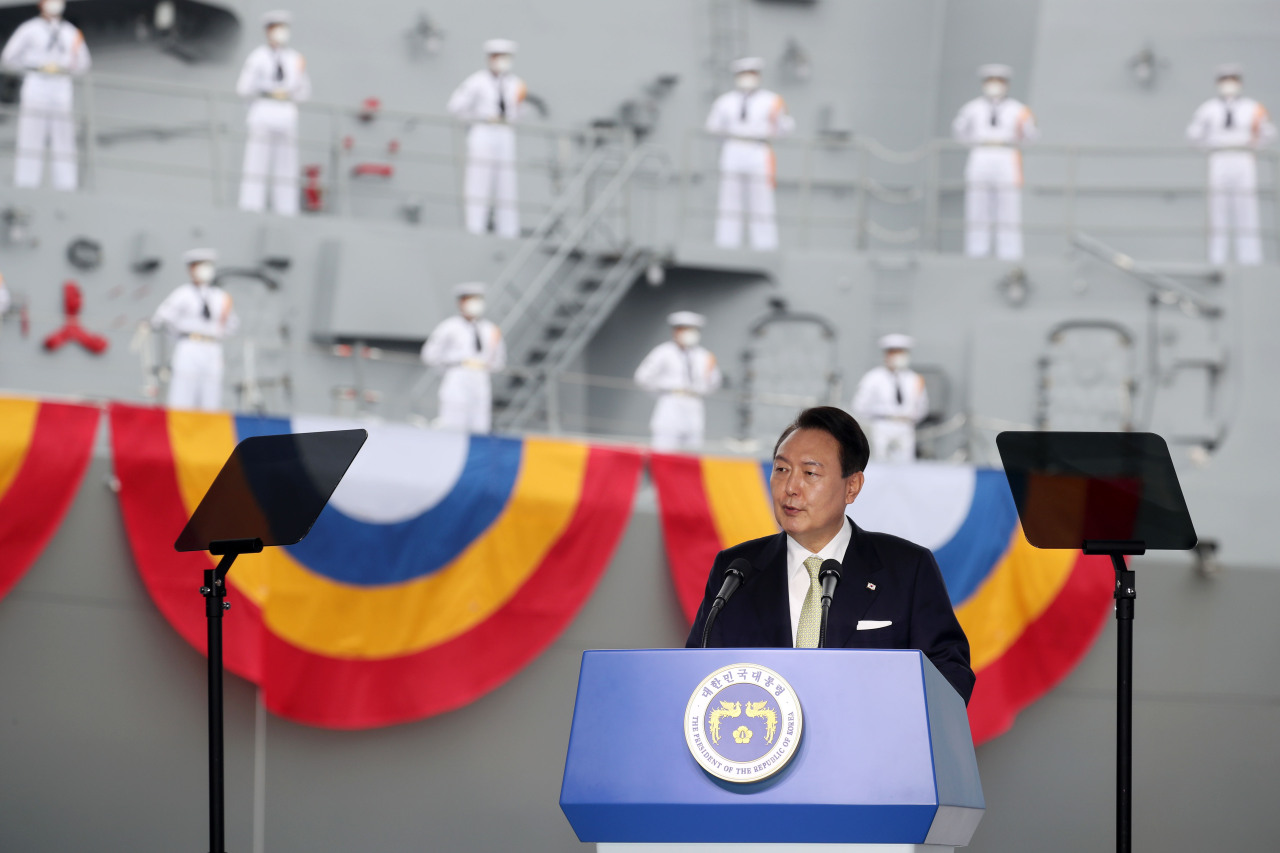 “We have now become capable of building a world-class Aegis destroyer with our own technologies,” Yoon celebrated the launch of the new destroyer, during his speech at the ceremony held at the shipyard of Hyundai Heavy Industries in Ulsan, joined by some 150 people, including first lady Kim Keon-hee, and high-ranking officials from the government, military and industry.

Yoon praised the destroyer, calling it “a national strategic asset built based on a cutting-edge combat system equipped with the ability to detect, track and intercept ballistic missiles.” Yoon said that the new destroyer would improve the Navy’s combat capability and help the country “build strong maritime security, in which people can safely carry out economic activities at sea.”

The president‘s speech was followed by a ribbon-cutting ceremony by first lady Kim.

The vessel comes with an anti-missile system that would be able to intercept aerial targets and stronger anti-submarine capabilities than its predecessors, according to the Navy.

The Jeongjo the Great can also launch ship-to-ground and ship-to-air guided missiles that can track and hit targets from a long distance.

The 170-meter-long and 21-meter-wide destroyer is bigger than the 7,600-ton Sejong, but it has enhanced stealth capabilities, aided by its advanced sonar system that can target enemy submarines and underwater weapons, the Navy added.

The destroyer is powered by four gas turbines and two additional hybrid electric drives, which will allow the vessel to save fuel and travel more quietly.

The destroyer can also carry MH-60R Sea Hawk helicopters that the country plans to introduce in 2024.

The Jeongjo the Great is also scheduled to be delivered to the Navy in late 2024.