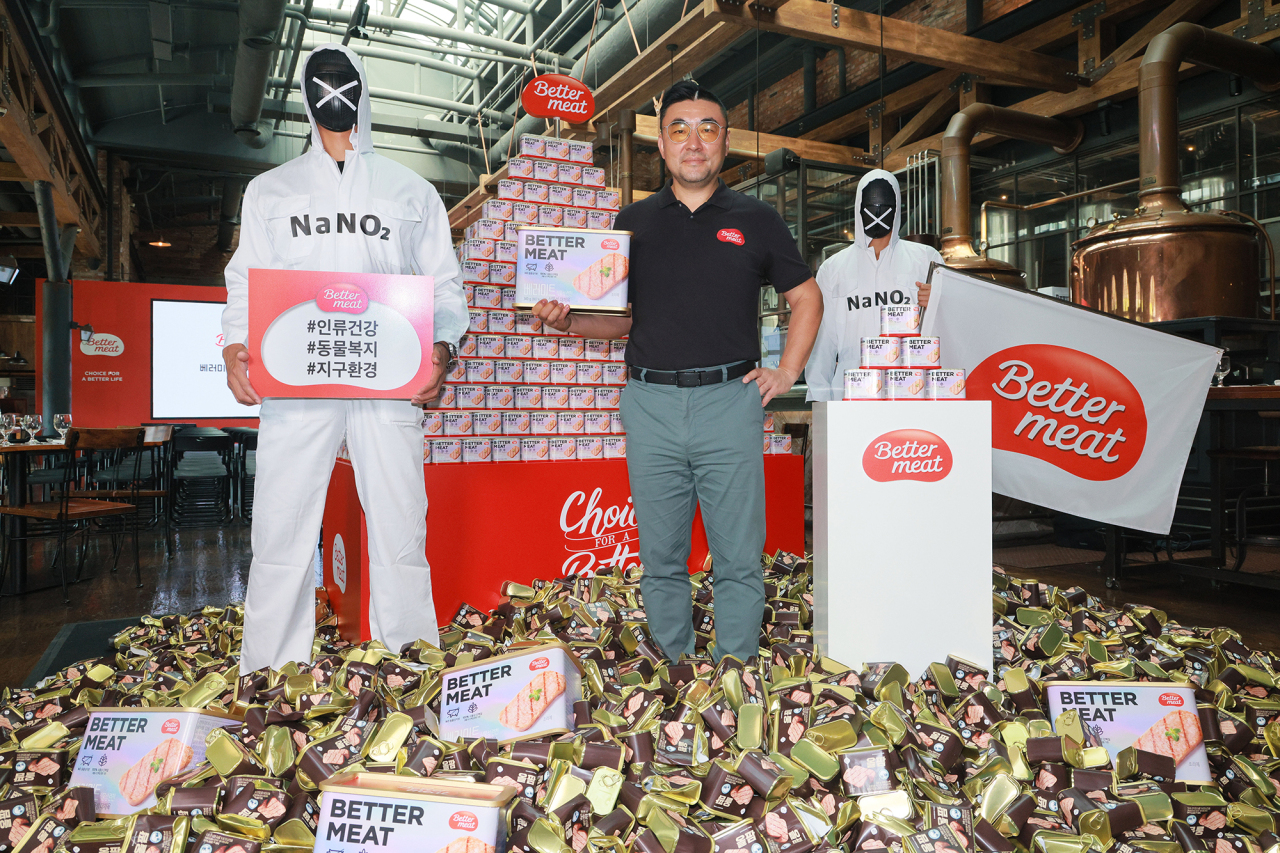 “Hormel Foods’ Spam has dominated the global canned ham market since 1926. But in almost 100 years, we have become the first to make a vegan canned ham that has almost the same taste and texture,” said Song Hyun-suk, Shinsegae Food CEO, during a press conference.

With the vegan canned ham, Shinsegae Food plans to boost its global business with its wholly owned US subsidiary, Better Foods. Scheduled to launch in August, the alternative food brand will be at the forefront of targeting the overseas market.

“We will invest $10 million by early next year to establish the global infrastructure needed to produce plant-based meat products and adopt research and development technology from the US, one of the major countries for alternative meat,” Song said.

The plant-based ham is made of soybean protein and plant oil, and has a large amount of dietary fiber. It does not contain any sodium nitrite, a preservative used in processed meats. In 2015, the World Health Organization designated sodium nitrite as a first-class cancer-causing agent.

Song stressed that if consumers eat plant-based canned ham, instead of pork ham, they could contribute to an eco-friendly food culture and animal welfare. “Pigs, cows and other animals, which mostly grow up in poor conditions, release methane, a gas that’s 16 times more toxic than carbon dioxide. If we switch to alternative meat, we can reduce greenhouse gas by 90 percent.”

“When Tesla first made electric vehicles, other automakers were doubtful they would be a success. But now, EVs have become a must for the automobile industry,” Song said. “Like Tesla, our goal is to become the leading company to spark the great transition to meat alternatives.”

According to CJ CheilJedang, the global market for plant-based processed meals and ready meals is projected to expand from 7.4 trillion won to 35 trillion won in 10 years. The domestic market size is expected to grow almost tenfold from 11.1 billion won to 100 billion won, in the cited period.

Aside from the two retailers, Lotte Food and Nongshim have launched vegan meat brands Zero Meat and Veggie Garden, respectively.