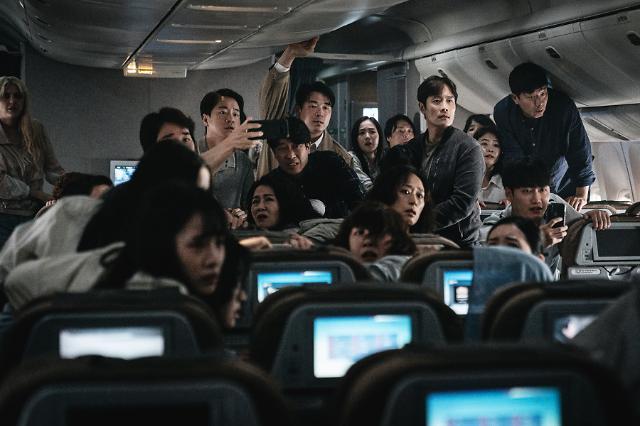 A scene from “Emergency Declaration” (Showbox)
In the face of disaster, different types of people cope differently.

"Emergency Declaration," a new aviation disaster film released next month, tells a story that everyone living through the pandemic can relate to.

The film follows a detective, played by Cannes-winning actor Song Kang-ho, who investigates a suspected terrorist only to find out that he has already boarded a plane. While passengers are trapped inside, those on the ground struggle to find a way to land the plane.

"When confronted by a disaster, humans become weak and scared. They sometimes start accusing and resenting each other. But being human, they also make different choices. ... I tried to focus on our humanity which can overcome dire situations," said director Han Jae-rim during a press conference held on Monday.

"A disaster, however small or catastrophic, can come to anyone at any time," Song added. "In such cases, we are reminded of what we value the most. We start to appreciate things we took for granted, like family and neighbors." 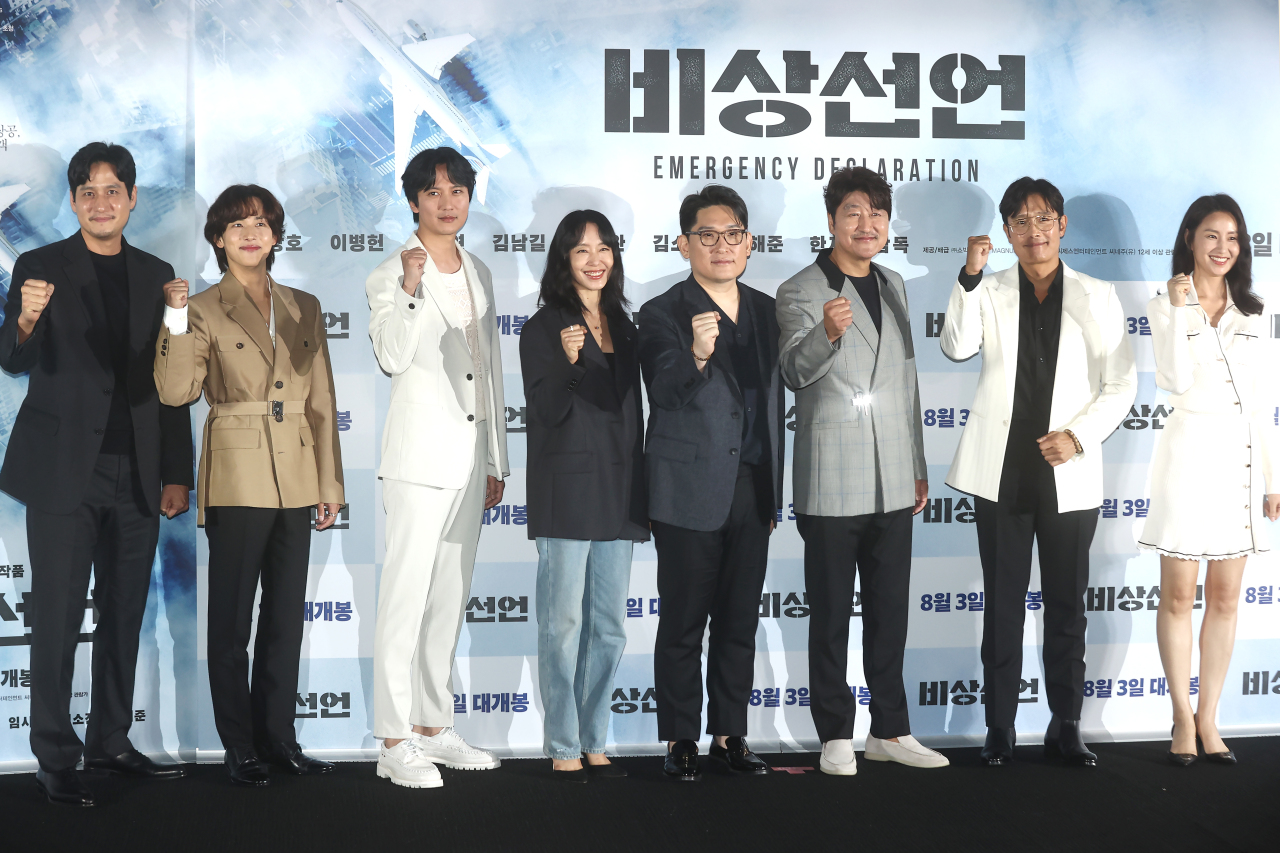 Playing the role of a minister for Land, Infrastructure and Transport, Jeon said her character also struggles to fight off the invisible terror and human frailty.

"Although I was a high government official, I was just another human being like any other character. I also felt helpless dealing with an unprecedented terrorism disaster,” Jeon said.

Another notable character is a mysterious passenger, played by Yim Si-wan.

Regarding the casting, the director said he started with the idea of someone who viewers wouldn't imagine committing such an act of terrorism.

"I felt 'free' in expressing and portraying this character. So I was more excited than worried about the role," said Yim.

To convey a realistic-looking setting and dynamic turbulence of the plane in flight, the director used a giant gimbal to rotate the plane 360 degrees -- with the passengers inside.

"Two photography directors actually rode the gimbal and tied themselves to film the passengers’ faces and emotions. I think that‘s how we captured the moment of extreme tension," said Han. 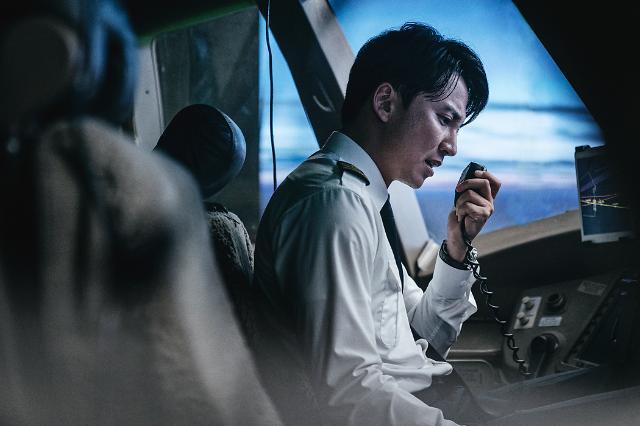 A scene from “Emergency Declaration” (Showbox)
Kim Nam-gil, who plays the airplane’s pilot, added that he put in extra effort to look like a veteran pilot.

"All the pilots in the film trained together. I practiced landing simulation, piloting and controlling all the buttons. I wanted to look real in the cockpit."

The film was invited to the non-competition section at last year's Cannes Film Festival, where it premiered. Its initial release was delayed due to the pandemic.

"As we are still recovering from the pandemic, I was more immersed in the storyline. There are different groups of people reacting differently to similar situations. ... I hope the audience enjoys the film and delves into the message we are trying to convey," said Lee Byung-hun.